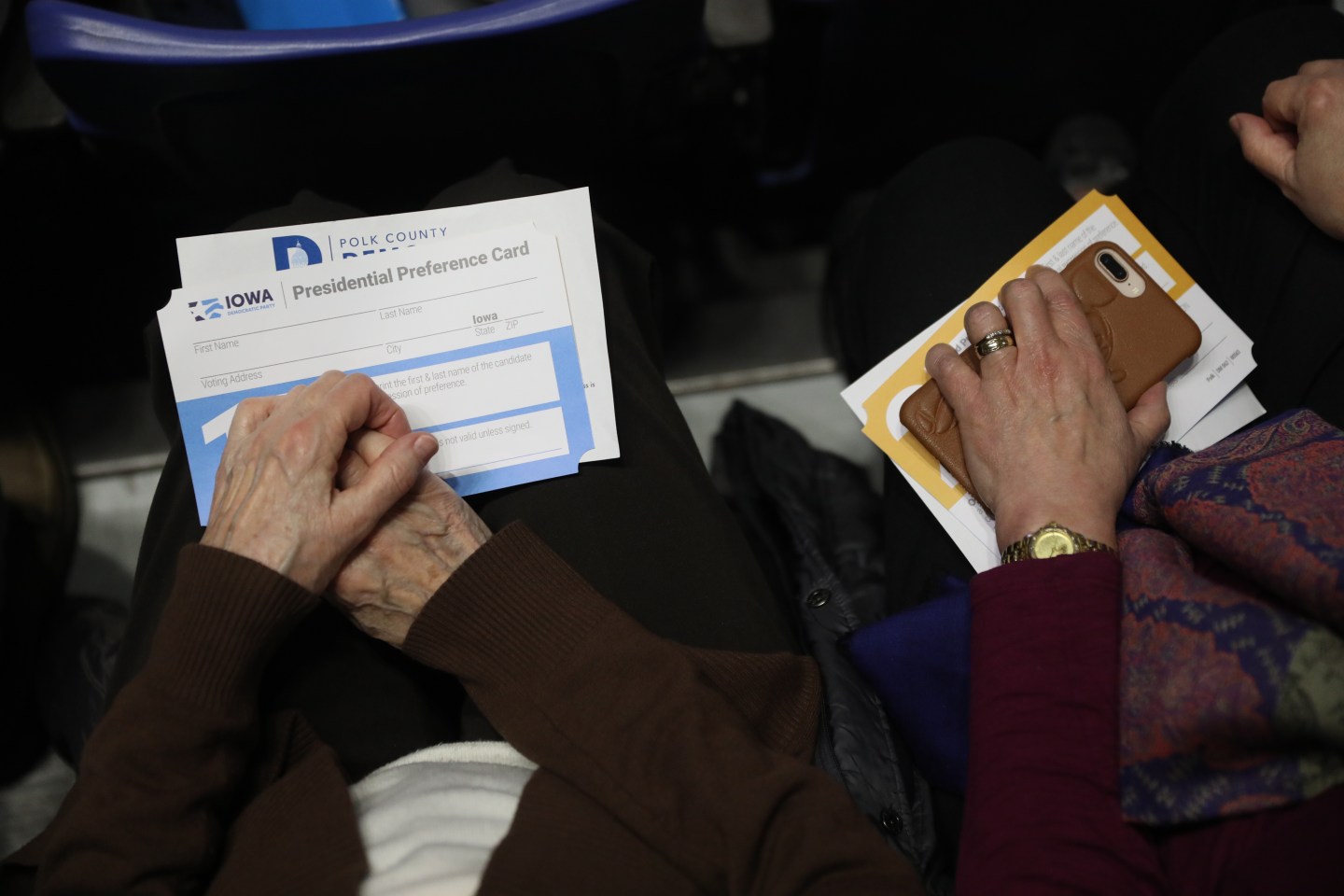 Iowa Democratic Party officials say an early issue with a mobile app designed to report results will not hinder the Iowa caucus process.

Iowa Democratic Party Chairman Troy Price said Monday that there were some reports from precinct officials that they couldn’t log into the app during the first-in-the-nation caucuses.

He said a team of troubleshooters is working to address any technical issues.

He added that the party has alternate ways for precincts to send in results, including a hotline.

“We’ve had an app before, but we’ve also had a hotline before, and folks have had the option to do that, and so we expect that we’ll be able to report the results in a timely manner this evening,” he said.

The app was designed to allow for the quick filing of results, and the issue appears to be the result of different PINs used for early testing and caucus night logins.