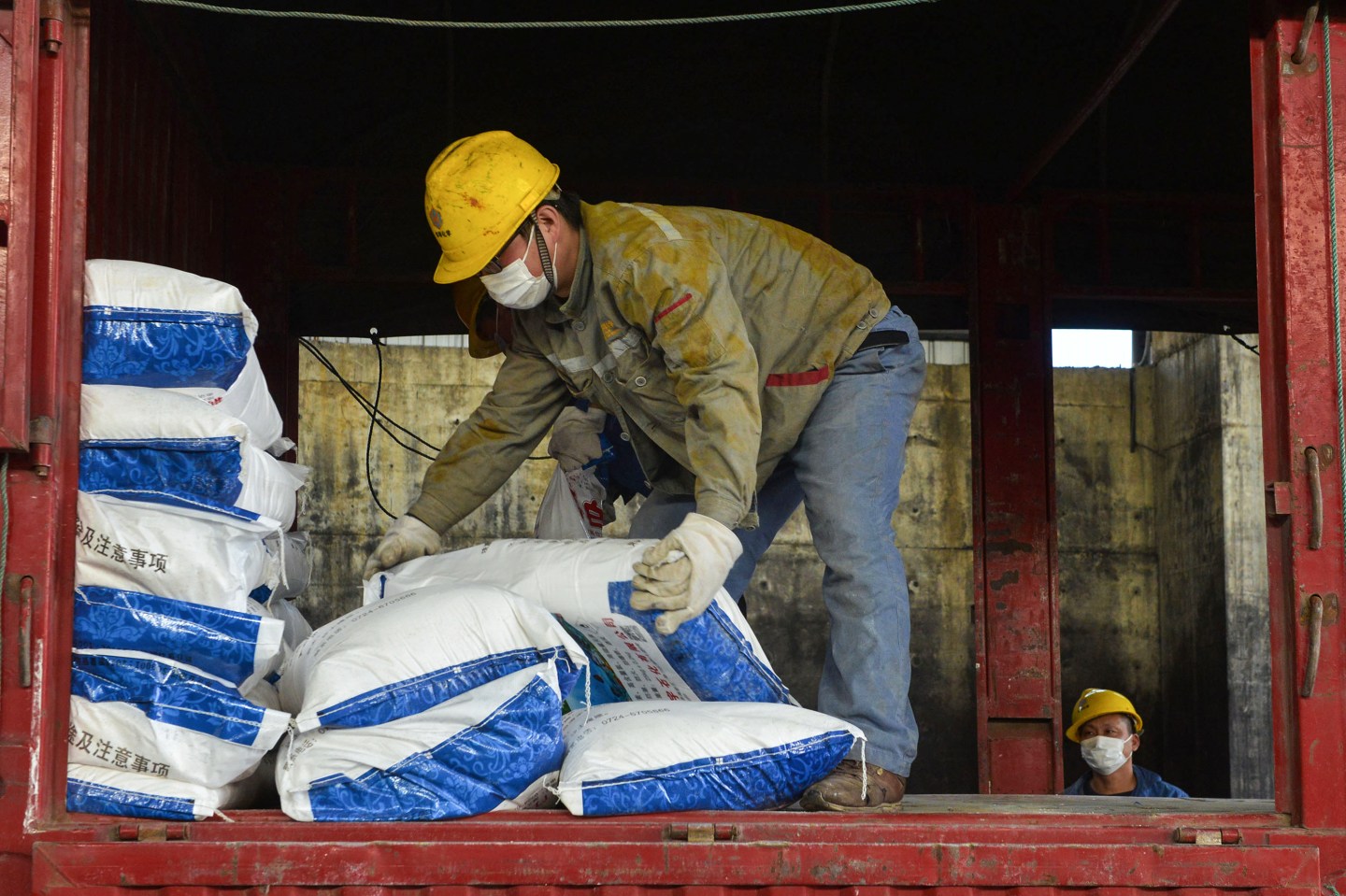 This photo taken on January 30, 2020 shows a worker transferring bags of disinfectant at a factory in Xiaogan in China's central Hubei province, to support the supply of medical materials during the virus outbreak in Hubei's city of Wuhan. - The nationwide death toll in China's coronavirus outbreak has risen to 213, with nearly 2,000 new cases confirmed, the National Health Commission said on January 31. (Photo by STR / AFP) / China OUT (Photo by STR/AFP via Getty Images)
STR/AFP via Getty Images

More than a dozen Chinese provinces announced an extension of the current Lunar New Year holiday by more than a week as the nation attempts to halt the spread of the novel coronavirus that has killed hundreds of people and sickened thousands.

Fourteen provinces and cities have said businesses need not start operations until at least the second week of February. They accounted for almost 69% of China’s gross domestic product in 2019, according to Bloomberg calculations.

All the key eastern manufacturing provinces have extended the holiday. They include Guangdong, home to the tech city of Shenzhen across the border from Hong Kong; Shanghai, home to China’s largest port and a newly-built Tesla Inc. plant; as well as Jiangsu, where Nike shoes are manufactured. Henan in central China, which has a large Foxconn plant making iPhones, also announced the extended break.

The extension come on top of other measures including quarantining whole cities that are set to disrupt supply chains and logistics, prompting economists to expect that this virus will deal a more severe blow to China’s﻿ economy in the near term than the effect of the SARS outbreak in 2003.

The longer holiday is also likely to be disruptive for China’s trade, hitting both exports, imports, and the companies that rely on that exchange. The 14 provinces included in the extended holiday were the source of 78% of China’s exports in December last year, according to Bloomberg calculations based on official data.

Those same provinces account for 90% of copper smelting, at least 60% of steel production, 65% of crude oil refining and 40% of coal output. While the extended holiday will likely depress consumer demand for fuels and goods, what it means for raw material consumption is less certain as industrial facilities often continue to run at least at partial utilization with skeleton crews even during holidays.

The Lunar New Year is disruptive even in normal years, as the country shuts down for a week as hundreds of millions of people travel to visit family. Industrial factories typically stock up on raw materials ahead of the holiday, in anticipation of a jump in activity after the break. That pick up is now being delayed.