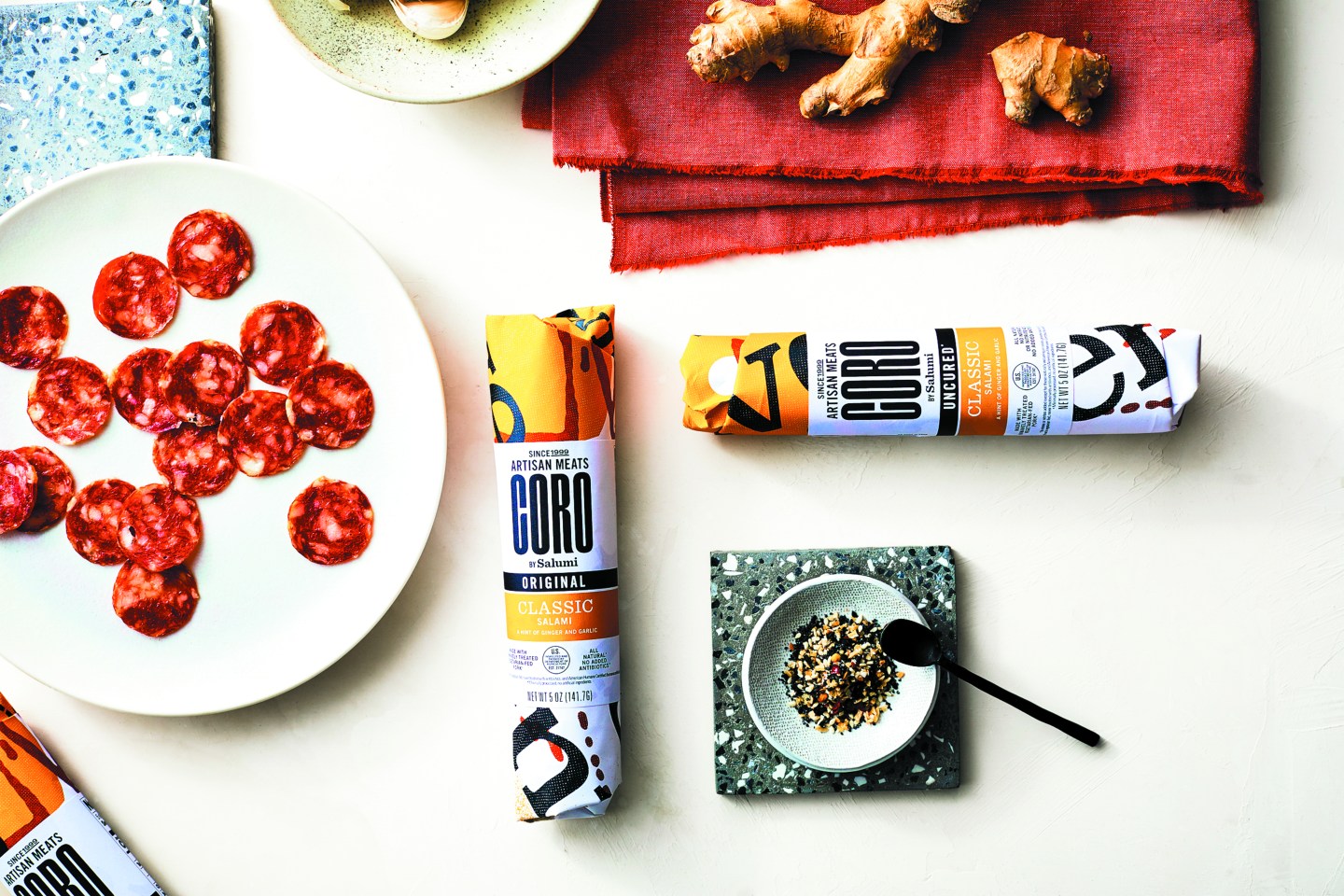 'Coro' is the Italian word for chorus , and the business owners say the name is a metaphor for not only the chorus of non-traditional flavors in the meats but also the chorus of voices at the neighborhood institution.
Salumi/Coro

For almost two decades, customers wanting to get their hands on Seattle’s favorite sandwiches and most-coveted meat were always in for a bit of an adventure. Salumi, the Pioneer Square storefront, was synonymous with long lines and the chance that it might be out of its famous molé salami, messy porchetta, or incredible meatballs that day.

The restaurant—and the cured-meat brand of the same name—started as a retirement project for Armandino Batali (yes, Mario’s father), and even on the busiest days, ran on the mentality of an Italian grandfather doing this for fun. And when he retired from his retirement project, it became his daughter and son-in-law’s retirement project. But in 2017, when they, too, were ready to move on, two longtime fans and customers bought the business with big plans to change both nothing and everything about Salumi—including part of the name.

Friends Clara Veniard and Martinique Grigg had been looking for a food business to collaborate on for a few years, researching hundreds of companies to find a good fit. Veniard’s family had owned an Italian confectionery in Argentina, and she’d worked in the food industry before going into international development, while Grigg had been the executive director of the nonprofit outdoors club The Mountaineers. When they got word that Gina Batali and Brian D’Amato were looking to sell, they saw the perfect opportunity: a business rooted in family and food, but in serious need of someone looking to run it as a company, not a passion project.

“They couldn’t supply their existing [wholesale] customers,” says Veniard. “December comes around, and 50% of orders were rejected. Most of the year they’re rejecting orders.”

And when those wholesale orders did make it into the world, Veniard and Grigg identified a new problem: The company shared a name with the Italian word for their product. At grocery stores, customers would ask for Salumi by name and get salumi from other brands. “It was very confusing,” Veniard admits. They kept the name Salumi for the Seattle deli, but the packaged and wholesale salumi company is now called “Coro by Salumi.”

The name was chosen to celebrate the chorus of flavors in the products, but also the chorus of people behind the brand: “It’s Armandino and [his wife] Marilyn, Gina and Brian, and Irma and Melanie,” Veniard says, pointing to the women running the kitchen. Then there’s Veniard and Grigg themselves, who act as co-CEOs, enabling them to keep their home lives balanced with the demands of running a company. Veniard has three children under 10, and Grigg has two. “We were adamant about building a model of how to own a small business and be moms of young kids,” Veniard says. The partnership allows them to back each other up and to “take real vacations,” with their kids, where they get to totally turn work off—a rare thing for CEOs in today’s world.

Even though the pair bought the company in 2017, they just made the name change at the end of last year—and that was on purpose. For the first year, D’Amato and Batali stayed on, and Grigg and Veniard watched and learned—the sale was barely publicized until much later. They learned what people loved about the company and saw where they could make changes.

In year two, they opened a second production facility and ramped up to meet demand. When a new space opened nearby, Grigg and Veniard jumped on the opportunity to move the deli without leaving the neighborhood, converting the old location to an aging facility for their whole-muscle cured meats, like prosciutto.

But through all this, the day-to-day experience for customers remains as it always was, as Veniard underscores: “It’s still small-batch production.” The recipes are mostly still the ones for which Armandino and his daughter mined their family’s table. And the new deli kept a communal table, a nod to the tradition of the original, which lacked the space for individual tables.

The biggest change people think they see, though, is something that Veniard says has actually stayed the same. As the pair adds new flavors to the brand—including one with lemongrass inspired by Vietnamese cuisine—they’ve embraced, not rejected Armandino’s vision, she says. After all, he was the one who made molé-spiced salami seem to slide right into place among traditional Italian offerings.