The downside of a stellar 2019? Stocks are now shockingly expensive by nearly every measure. 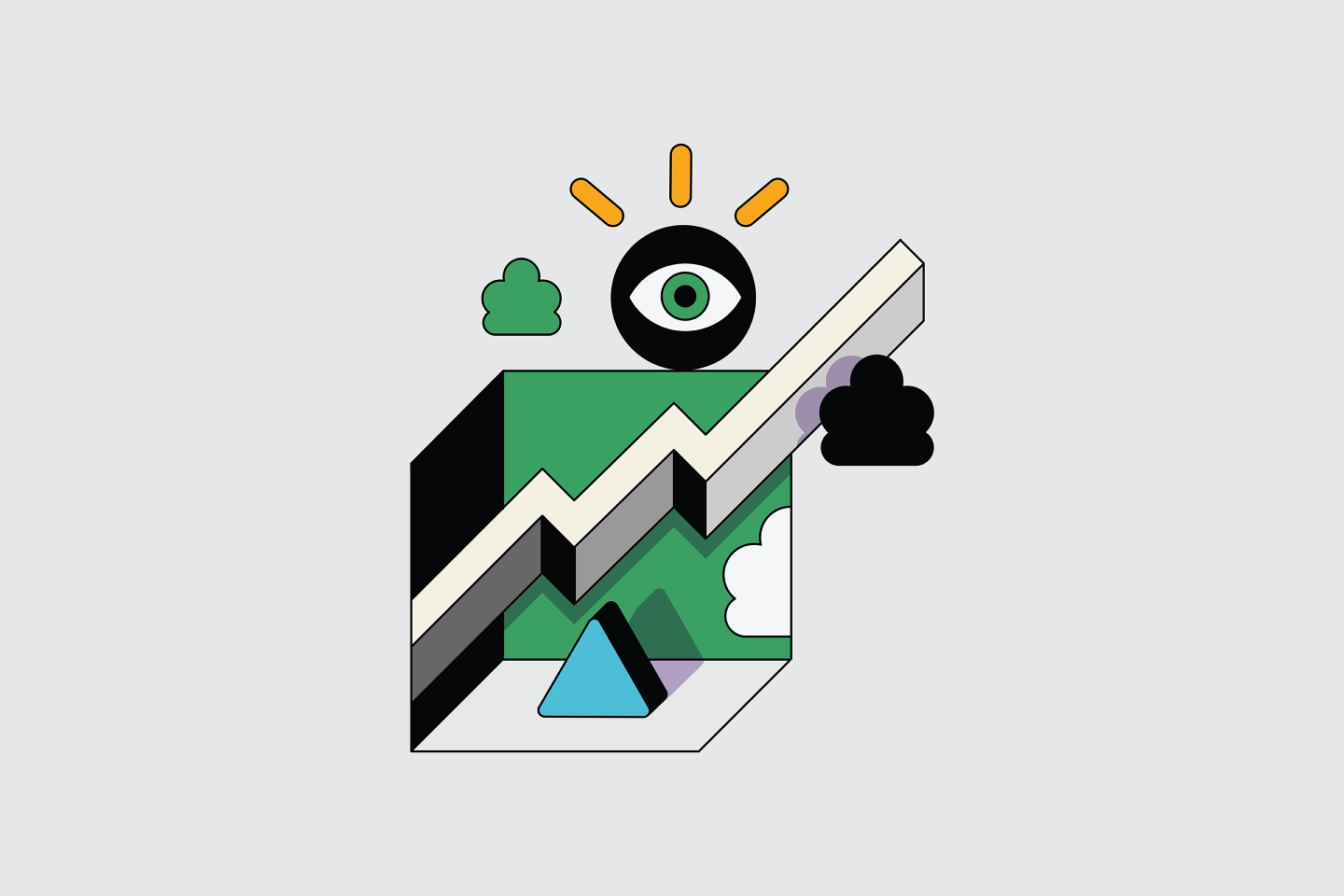 This article is part of Fortune‘s quarterly investment guide for Q1 2020.

The market strategists and portfolio managers at Wall Street’s big banks and money managers are almost universally predicting that the good times for stocks will keep rolling in 2020. The problem is that last year’s boom wasn’t driven by a surge in earnings, but by an explosion in valuations that makes today’s S&P 500 vastly more pricey than at the start of last year, when they were already pretty expensive.

Put simply, it’s momentum, the exhilaration instilled in investors as they watch the index hurtle from one record to the next, that’s driven the boom, and led to the widespread conviction that it’s unstoppable. But over time, the fundamentals always trump euphoria. And the fundamental force that governs the course for equities in the long-run is profit growth. Now, prices are soaring while earnings are flatlining. That mismatch points to tough times ahead, especially since Wall Street’s prediction that profits will jump in the new year and beyond, given that they’re already hovering at near-historic highs, remains unlikely to play out.

Indeed, America has enjoyed a profit explosion that’s lifted big cap earnings by sundry measures—from their share of national income to return on sales—to levels seldom seen in the past century. The rush that brought profits to current heights was short, sharp and closely tracked the Trump corporate tax cut. S&P 500 earnings-per-share roared back after dropping to near zero in the depths of the financial crisis, reaching a then all-time peak of $106 in the third quarter of 2014. Then the train jolted into reverse, pushing the number back 18% by Q1 of 2016, and it wasn’t until the September quarter of 2017 that profits hit a new high of $107. Overall, that four year period was an earnings bust, marked by an inflation-adjusted decline of around 4%.

The corporate tax cut supplied jet fuel for profits. The 40% reduction in rates from 35% to 21% took effect at the start of 2018. In each of the first three quarters of that year, profits jumped by between 5.1% and 6.5% over the previous three month period, more than the average annual increase in EPS over the past half-century. For all of 2018, profits jumped 20.4% to $132. (All EPS numbers are based on trailing four quarters of GAAP earnings.)

But in 2019, earnings went flat. In Q3, EPS showed no gains over the previous nine months, clocking in at the same $132 as in Q4 of 2018. Will a great Q4 performance salvage the year? Not according to Factset, the research firms that polls equity analysts for their predictions on earnings trends. In the latest Factset survey, the sell-side crowd projected that a EPS in the fourth quarter would be 3% lower than the no-growth number for Q3. For all of 2019, the Factset poll forecasts a gain of just .8% in EPS, positing that profits won’t even keep pace with inflation.

By contrast, stocks celebrated one of their best years in decades, surging 29.4%. Since earnings didn’t rise at all from the end of 2017 to Q3 of 2019, and are expected tread water for Q4, U.S. big cap equities got almost 30% more expensive in the past year. The most common yardstick, the price-to-earnings ratio (PE) leapt from 18.9 to a lofty 24.4 at the market close on January 2. Investors are now getting $4.10 in earnings for every $100 they pay for stocks, versus $5.30 at the start of 2019. The dividend yield has dropped from 2.1% to 1.76%. As for the buybacks that are now management’s preferred method of returning cash to shareholders, consider a company that deploys half its profits repurchasing shares. A year ago, those buybacks would have raised EPS by 2.7%. Now, ballooning prices have lowered the buyback benefit by one-quarter, to 2.0%.

The disconnect between profits and prices puts investors in a bind. On the one hand, though they haven’t grown in a year, profits remain at such towering heights that they’re unlikely to rise much, if at all, from here. Even if EPS does edge up, it’s highly possible that prices won’t follow. That’s because the market is already fetching a premium P/E that’s more likely to fall than stay constant, let alone rise. A scenario of extremely high earnings and a market that’s paying big prices for each dollar of those elevated earnings is a bad combination for future returns. The risks are double-barreled: Earnings could fall to return to normal levels, and PEs could tumble to restore the historic average, or both could occur at once.

Of course, Wall Street’s view is that profit growth will solve the conundrum by re-accelerating in 2020. The analysts surveyed by Factset forecast that EPS will wax 9.6% this year, on lesser sales growth of 5.4%. Right now, profit margins, as reported by S&P, stand at 11.2%. That’s around 2 points higher than the average since the start of 2011. For profits to increase almost 10%, profitability would need to become even more spectacular, with margins growing to 11.6%. Today, labor costs, after years of showing little or no increase, are rising rapidly. That trend alone makes it a better bet that margins will shrink rather than expand.

Another little-mentioned barrier: economic growth that’s less stellar than advertised by either Wall Street or the Trump administration, and that’s slowing from already ho-hum levels. For 2020, the Federal Reserve predicts that national income will expand at 2%, falling to 1.9% and 1.8% in 2021 and 2022. Including inflation, GDP is forecast to increase around 4% this year. It makes sense that revenues (which encompass both consumption and investment since they include purchases of the full array of household and capital goods) should rise at about the same pace. But the Wall Street crowd is projecting revenue growth of 5.4%, or 35% more. As Milton Friedman and Warren Buffett frequently noted, profits can’t outpace national income in the long term, though they they can outperform over shorter interludes, as they have recently. It’s a stretch to believe that given their current scale, profits can even match, let alone beat, what looks like the slow crawl of GDP going forward.

Those warnings bring us to the lever that more than any other, created the profit bonanza, the historic reduction in corporate taxes. Taxes are a cost, just like salaries or interest. Keep in mind that all competitors within an industry, from airlines to banks, got roughly similar benefits from the tax cut. It’s reminiscent of when the Deltas and Southwests installed ticket machines in the airports; since they all lowered costs by saving on labor, they competed away those savings in the form of lower fares. It’s the same story with ATMs in bank branches that process checks. Those labor-savings innovations lowered expenses, but the gains went to consumers, not higher profits to the banks and airlines.

It could well be the same story with the tax cuts. The savings they generate are more likely to flow to customers in the form of lower prices than to make U.S. companies permanently more profitable. Right now, it’s all about exuberance and the momentum. But the best guide the future isn’t the Big M, but the fundamentals. You just never know when they’re going to take charge. But they always do.

—2020 Crystal Ball: Predictions for the economy, politics, technology, and more.
—Why you actually may want to buy “bears” in a bull market
—5 CEO exits that sum up the memorable business year that was 2019
—What a $1,000 investment in 10 top stocks a decade ago would be worth today
—Apple’s stock soared 89% in 2019, highlighting the company’s resilience
Don’t miss the Term Sheet, Fortune’s newsletter on deals and dealmakers.