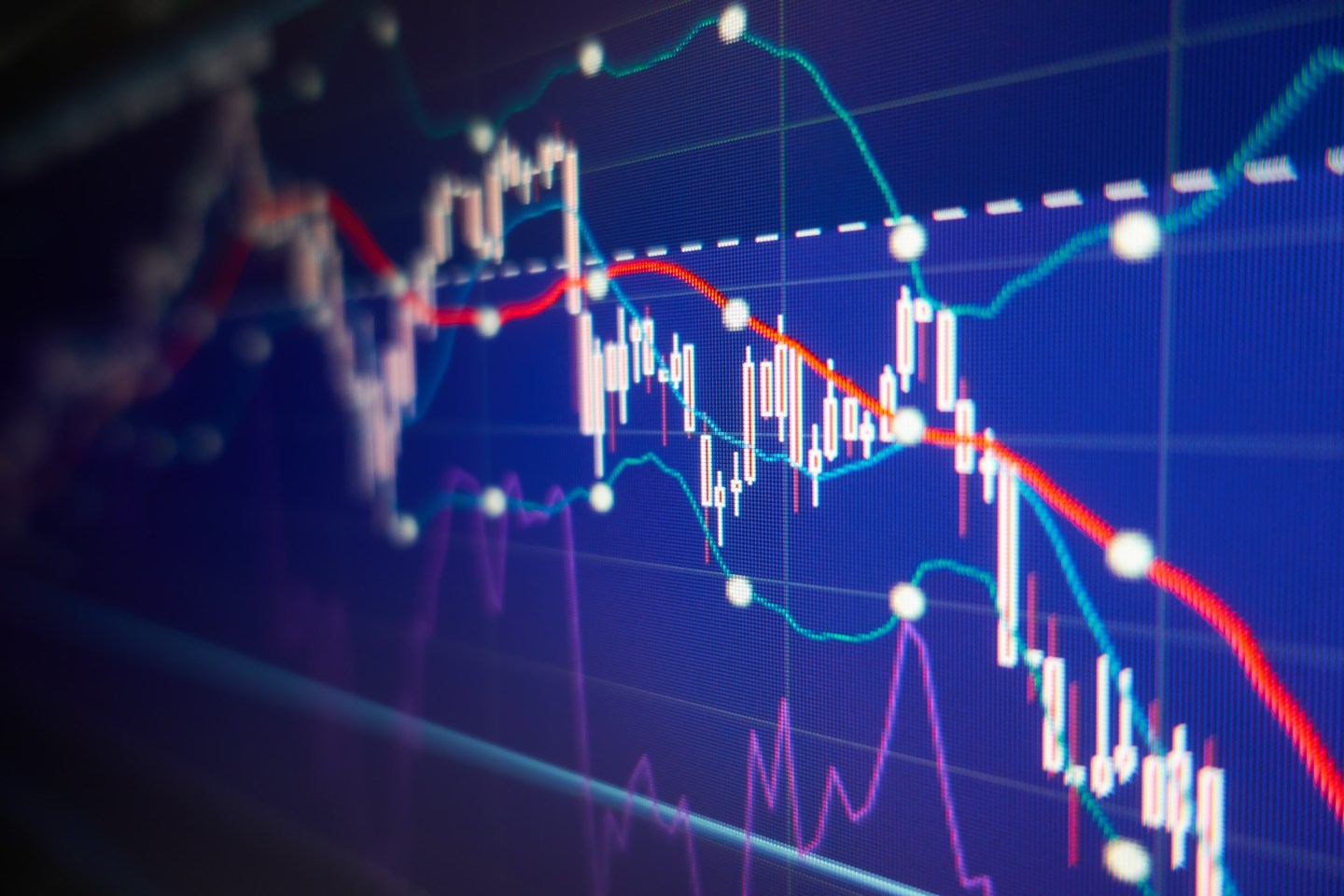 The explosion in corporate profits that lifted share prices to what are still near-record levels is ending.

That’s the evidence from a recent report issued by FactSet, the research firm that compiles Wall Street analysts’ estimates of future earnings-per-share for the S&P 500, and compares those predictions to what the 500 actually achieves.

FactSet found that EPS declined in both the first and second quarters of 2019 versus the same periods last year, marking the first consecutive, two-quarter retreat since Q1 and Q2 of 2016. Analysts expect a substantial fall of 3.1% for the Q3. If that forecast is correct, the earnings-per-share for the S&P 500 will slide by around 1 percentage point through the first three quarters of this year.

While the FactSet data eliminates special charges in calculating EPS, S&P records both operating and GAAP net income. Its data shows that GAAP earnings are still growing, though at a crawl compared with the headlong sprint over the last few years. The curve started to flatten in Q1, and over the first three quarters of this year, profits have expanded at just 4%, down from the 25% romp from from the January to September period in 2018 versus 2017.

To get a reasonable take on how profits are faring, we’ll average the two readings for the first three quarters: the FactSet decline of 1%, and the S&P’s 4% positive figure. That formula suggests growth in the range of just 1.5%, about equal to inflation.

Taken together, the S&P and FactSet data suggest we’re entering a new era of flat or low-single digit growth in EPS, following three-and-half years of double-digit increases through last year’s September quarter. That’s potentially bad news for stocks, a danger signal for the U.S. economy and a sign that the trade war is already begun exacting a toll that can only be expected to grow.

The slowdown is particularly worrisome because the S&P stalwarts have only succeeded in keeping EPS flat or rising slightly by repurchasing shares at record rates. According to research by Yardeni Research, the 500 are now spending the equivalent of 63% of their operating earnings on buybacks, net of newly issued shares. By my reckoning, that equates to roughly 55% of their GAAP net profits. Hence, America’s largest companies are marshaling that cash to shrink their share count by around 2.5% a year.

All told, America’s largest companies are paying out a sums equal to something like 95% of their net profits in repurchases and dividends. But it’s well known that they’re borrowing a big chunk of the buyback cash on the pretext that their stocks is a great buy at current prices, a questionable view since the S&P is selling at an expensive price-to-earnings multiple of 21.7. It’s likely that the 500 are using borrowed money for around one-third of the repurchases, and funding the rest with 25% of net profits. They’re also retaining around one-third of GAAP earnings, and plowing that money back into expansion via new plants and R&D facilities.

Given that backdrop, the flagging earnings picture points to three big problems:

If those rates of returns stay low, and the shift is already underway, profits won’t grow. Wall Street will lose its rationale for ever-rising share prices. Flat or falling profits won’t support today’s rich valuations, raising the chances of a severe downdraft. That profit trend has two main causes. The first is cyclical. For years, U.S. enterprises produced a lot more goods and services with fewer people, and at the same time, skimped on wages, so that more and more gains went to shareholders rather than workers. In today’s tight labor market, wages are rising briskly, and companies, stretched to the limit in an expanding economy, have rapidly padded their workforces.

The second reason is the trade war that’s imposed tariffs of 10% to 25% on tens of billions of the Chinese imports. That’s raising prices, and lowering sales, for the Chinese shoes and smart phones that our companies sell in the U.S., and inflating prices of the components essential to the products they offer here and around the world. The levies China has imposed in retaliation are hammering our exports of everything from soybeans to steel. If the move towards erecting tariff walls, not just on China, but other trading partners as well, becomes entrenched, U.S. companies face perilous, uncharted territory of lower returns on capital, and intense pressure on profits, for years to come.

Taken together, it’s hard to see how the heady times we’ve enjoyed in the stock market continue much longer.