MGM Resorts CEO: What happens in Vegas no longer stays in Vegas 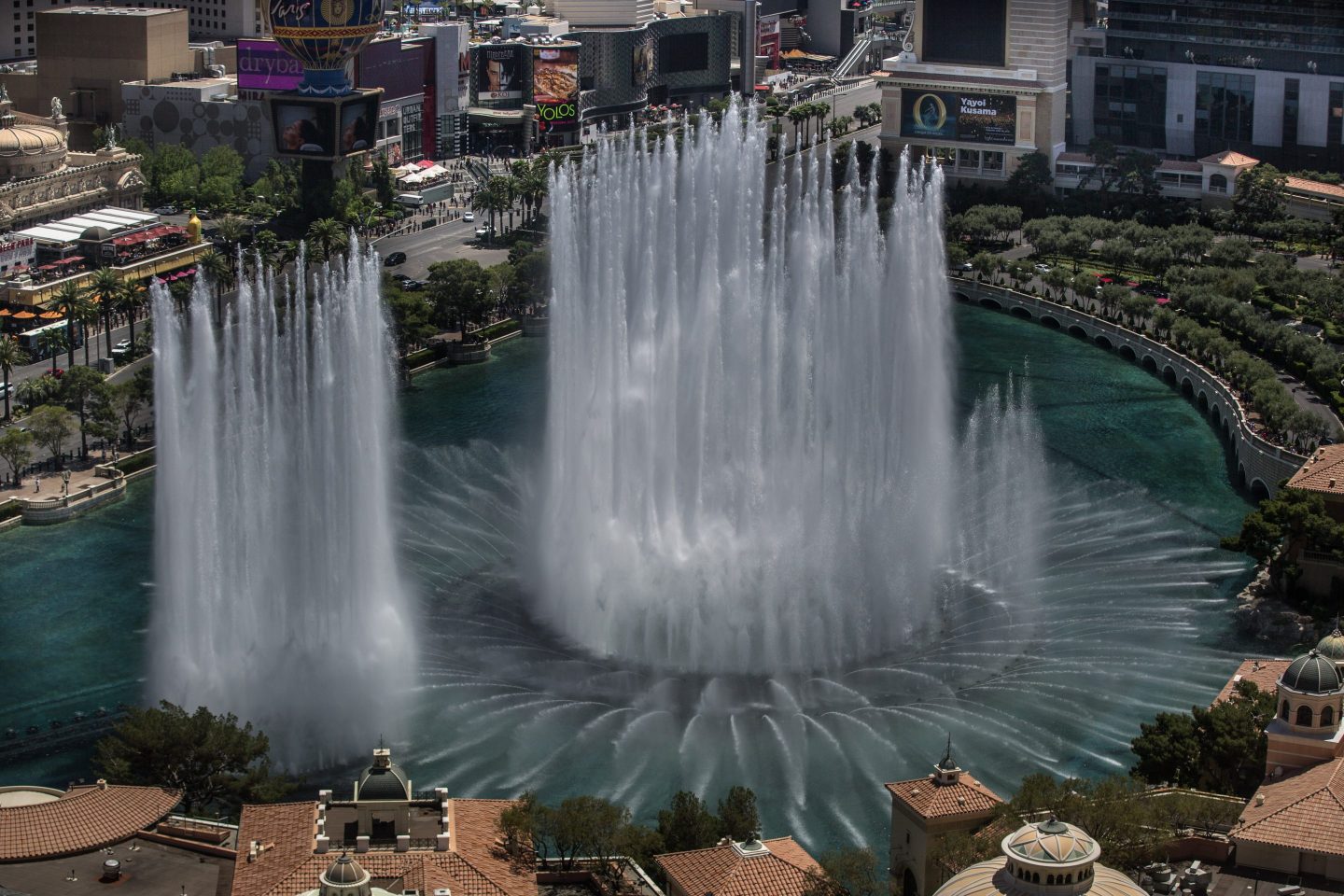 LAS VEGAS, NV - MAY 05: The Bellagio Hotel & Casino water fountain show is viewed from Caesars Palace Hotel & Casino on May 5, 2019 in Las Vegas, Nevada. As temperatures begin to heat up, millions of visitors from all over the world flock to this desert city to participate in a convention, and enjoy the live shows, the food, the gambling, and people watching. (Photo by George Rose/Getty Images)
George Rose—Getty Images

Las Vegas has a reputation for excess and non-stop entertainment, but Las Vegas Strip-based companies are increasingly stepping up as responsible global citizens. This may be surprising to those who think of Las Vegas as “Sin City,” but we are pioneering corporate cultures that embrace a commitment to society that extends beyond simply serving customers and growing bottom lines.

Many were similarly surprised when nearly 200 of the country’s top CEOs declared this summer that corporations must deliver more to society than shareholder profits. This philosophy is just as important on Las Vegas Boulevard as it is on Wall Street.

The rationale is clear: Large, successful companies have a significant impact on the lives of their employees, communities, and the world—and they have a duty to do right by each. That’s especially true in Las Vegas, where the Strip’s biggest operators—MGM Resorts, Caesars Entertainment, Wynn Resorts, Las Vegas Sands—are the driving force for the economy and some of the largest employers in Nevada.

Some may not expect this from Las Vegas, given the city’s historical reputation as the opulent free-wheeling party town often depicted in film, marketing, and people’s imaginations. While Las Vegas continues to carry the “Sin City” moniker developed during a bygone era of vice, gangsters, and loose rules, we’ve long since grown into a world-class entertainment, dining, professional sports, and convention destination.

Today, the Strip’s growing focus on social impact and sustainability is transforming Las Vegas into a fascinating paradox: A city known for frivolity and excess that is fueled by socially and environmentally conscious policies and programs.

What happens in Vegas no longer stays in Vegas.

Just look at the popular water attractions we display in our dry desert landscape. The Fountains of Bellagio show, Caesars Palace’s signature fountains and frontage, and the Venetian’s iconic indoor fountains are the epitome of extravagance, but are also part of their respective parent companies’ ambitious sustainable water programs, saving millions of gallons each year. This is one reason why the U.S. Bureau of Reclamation commissioner recently called Nevada “a national leader in water conservation,” according to a report in the Las Vegas Review-Journal.

The iconic casinos and resorts of the Strip, meanwhile, are increasingly embracing renewable energy. In fact, MGM, Wynn, and Caesars left the electrical grid entirely, per another report in the Review-Journal. In addition to saving money, MGM and Wynn expressed that our decision was based on a desire to use more renewable sources of energy and reduce our environmental impact. Wynn also recently opened an off-site solar array designed to offset 75% of its peak power requirements. And, in addition to operating one of the nation’s largest rooftop solar arrays at Mandalay Bay, MGM is soon breaking ground on a massive off-site solar farm to power 90% of our daytime energy for our 12 Strip resorts by the end of 2020.

Another symbol of Las Vegas excess—the all-you-can-eat approach to dining—is also defying expectations through innovative food waste programs. In addition to diverting hundreds of thousands of pounds of food scraps to support local livestock farms (according to an Associated Press 2019 report), Las Vegas companies are pioneering new ways to use our resources to fight hunger in the community. Along with Las Vegas Sands, MGM transports and donates unserved, fully cooked convention meals to local food banks. MGM just surpassed 1 million donated meals through our program, which was recently honored by the U.S. Environmental Protection Agency.

The list goes on: Companies are running responsible gambling programs that prevent players from spending too much, reports the Review-Journal. Casino employees are committing to jaw-dropping amounts of volunteer work—more than 422,000 hours in 2018, according to the American Gaming Association (AGA), the gaming industry lobby of which MGM is a member. And AGA companies are giving huge amounts to charity ($367 million in 2018).

Our companies’ global scale and resources make us uniquely positioned to make a meaningful difference. It’s a privilege we take seriously.

At MGM, we doubled down recently with the launch of a companywide program that bakes social impact and sustainability policy into everything we do and treats it like financial matters—with concrete goals and hard deadlines. It commits us to reaching an ambitious set of goals by 2025 and, like Las Vegas Sands has done, aligns MGM with United Nations Sustainable Development Goals.

This is our obligation, regardless of the impact on our stock price. And aside from being the right thing to do, we see these policies as investments with major social, environmental, and economic returns. Plus, the more people know about our pursuit of these goals, the more travelers will put a trip to Las Vegas on their itineraries.

We are also ensuring our focus on corporate responsibility doesn’t stay in Las Vegas. Our companies are increasingly exporting this approach as we’ve expanded throughout the U.S. and around the world.

When MGM enters a new market like Springfield, Mass., or National Harbor, Md., we design resorts that not only promote a short-term jump in hiring, but deliver a broad impact across the region. That means partnering with minority- and women-owned local businesses as part of our company’s overall diversity program and supporting local nonprofits and economic development efforts. Wynn took a similar approach with Encore Boston Harbor, which opened earlier this year.

While Las Vegas companies have individually done tremendous work to fuel the city’s social, economic, and sustainable transformation, there’s no telling what we could do under a single, unified banner. Imagine a citywide strategy leveraging our resources to collectively do the most possible good. I hope that moving forward, we can start a new conversation about complementing each other’s efforts and making the most meaningful impact possible for our economy, our communities, and the planet we all share.

I’m excited about what we can collectively accomplish, and I couldn’t be prouder of the Strip’s role in exporting the best of Las Vegas across the country and around the world.

Jim Murren is chairman and CEO of MGM Resorts International.

—Health care investors predict 10 ways the industry will change in 2020
—Fintech regulation needs more principles, not more rules
—How to cure the antibiotic industry’s profitability infection
—To develop a universal flu vaccine, innovative science and financing must combine forces
—The questions companies should ask themselves to prepare for a new era of business
Listen to our audio briefing, Fortune 500 Daily