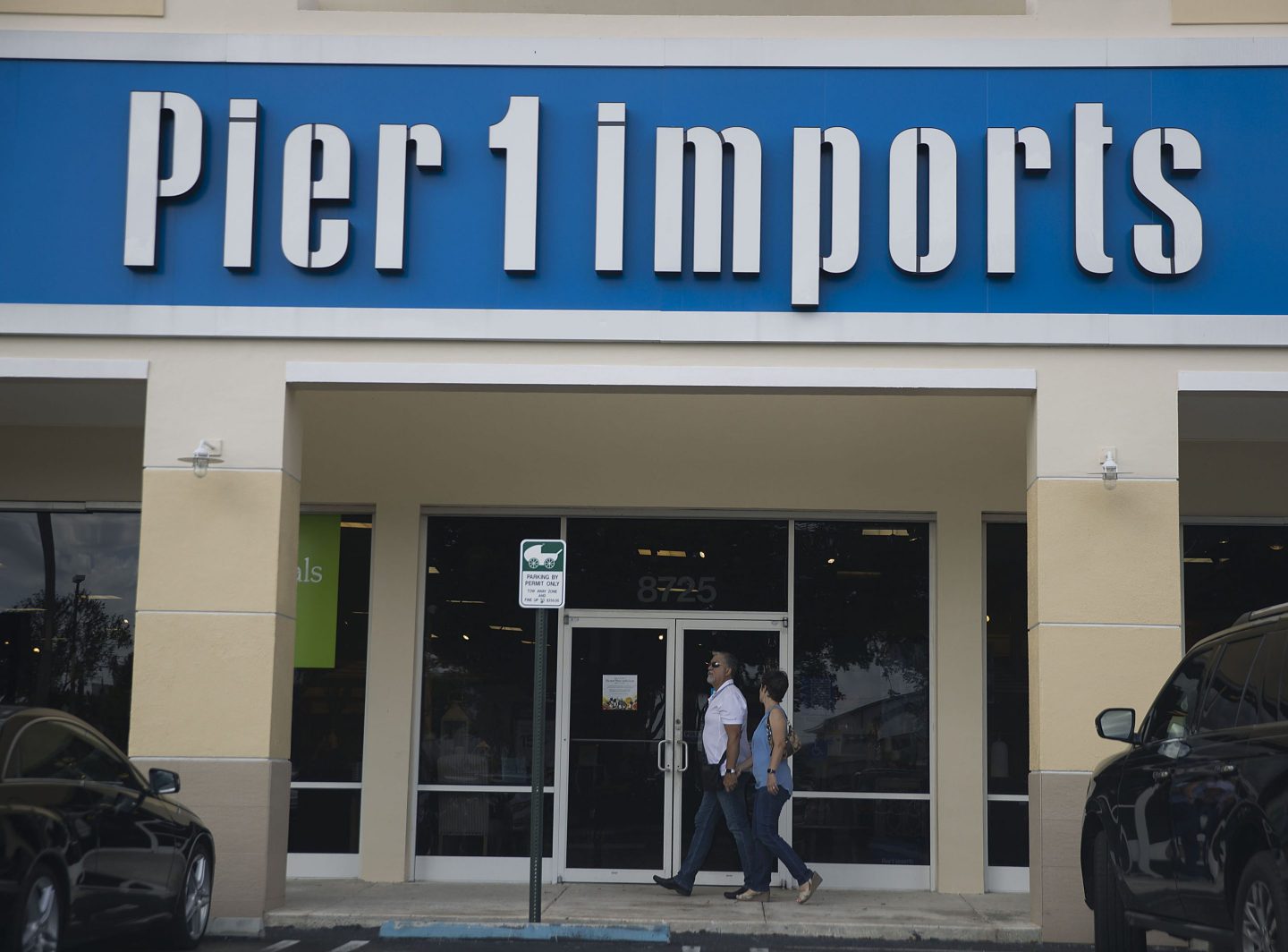 MIAMI, FLORIDA - APRIL 19: A Pier 1 Imports store is seen on April 19, 2019 in Miami, Florida. The company announced that it's shuttering as many as 45 locations this year or up to 15% of stores if the they are unable to reach performance goals, sales targets, and reductions in occupancy and other costs. (Photo by Joe Raedle/Getty Images)
Joe Raedle for Getty Images

Pier 1 Imports is planning a significant increase in store closings as the distressed home-furnishings chain seeks to cut costs and turn around operations.

The company expects to announce the new round of shutdowns when it reports results for its third fiscal quarter next week, according to people with knowledge of the plan. The company aims to restructure out of court, in part by closing stores and using the savings to boost liquidity, said the people.

Filing for bankruptcy is an option under consideration if Pier 1 falls short of its goals, said the people, who asked not to be identified because the process isn’t public yet. The company also expects to disclose cuts in its debt load, listed at more than $300 million in its previous quarterly report.

Representatives for Fort Worth, Texas-based Pier 1 declined to comment. The shares fell more than 5%.

Pier 1 posted eight straight quarters of declining sales and six consecutive quarterly losses as shoppers defected to new e-commerce players like Wayfair and conventional giants like Walmart that have expanded in the category. Turnaround executive Robert Riesbeck took over as chief executive officer in November, almost a year after Pier 1 replaced a previous CEO and said it would explore strategic alternatives.

The company is working with a team of advisers to restructure operations, including Kirkland & Ellis LLP, AlixPartners LLP, and Guggenheim Partners LLC. Representatives from those firms declined to comment.

Pier 1 lost $199 million in its last fiscal year on $1.55 billion in sales. During its September earnings call, the company said it would close about 70 stores in fiscal 2020, and that the number likely would increase as talks with landlords progressed. Pier 1 had more than 950 outlets in the U.S. and Canada as of Nov. 4, with 4,000 employees as of March 2019.

Shares of the company fell 37 cents to $6.23 Friday, down from $31 last February. Pier 1’s term loan due 2021 was quoted around 26 cents on the dollar, a sign that creditors expect to take heavy losses if the company files for court protection.

The retailer doesn’t own a lot of property, with Pier 1 leasing its corporate headquarters, stores, and almost all of its distribution and fulfillment centers, according to its annual regulatory filing.

—UPS’s $20 billion bet on e-commerce is paying off
—How the 2010s changed retail forever
—Consumers are turning away from real fur, but faux fur is not a perfect fix
—The Starbucks of China is paving a new future for retail. Will it pay off?
—After a decade of e-commerce, convenience just isn’t enough
Follow Fortune on Flipboard to stay up-to-date on the latest news and analysis.