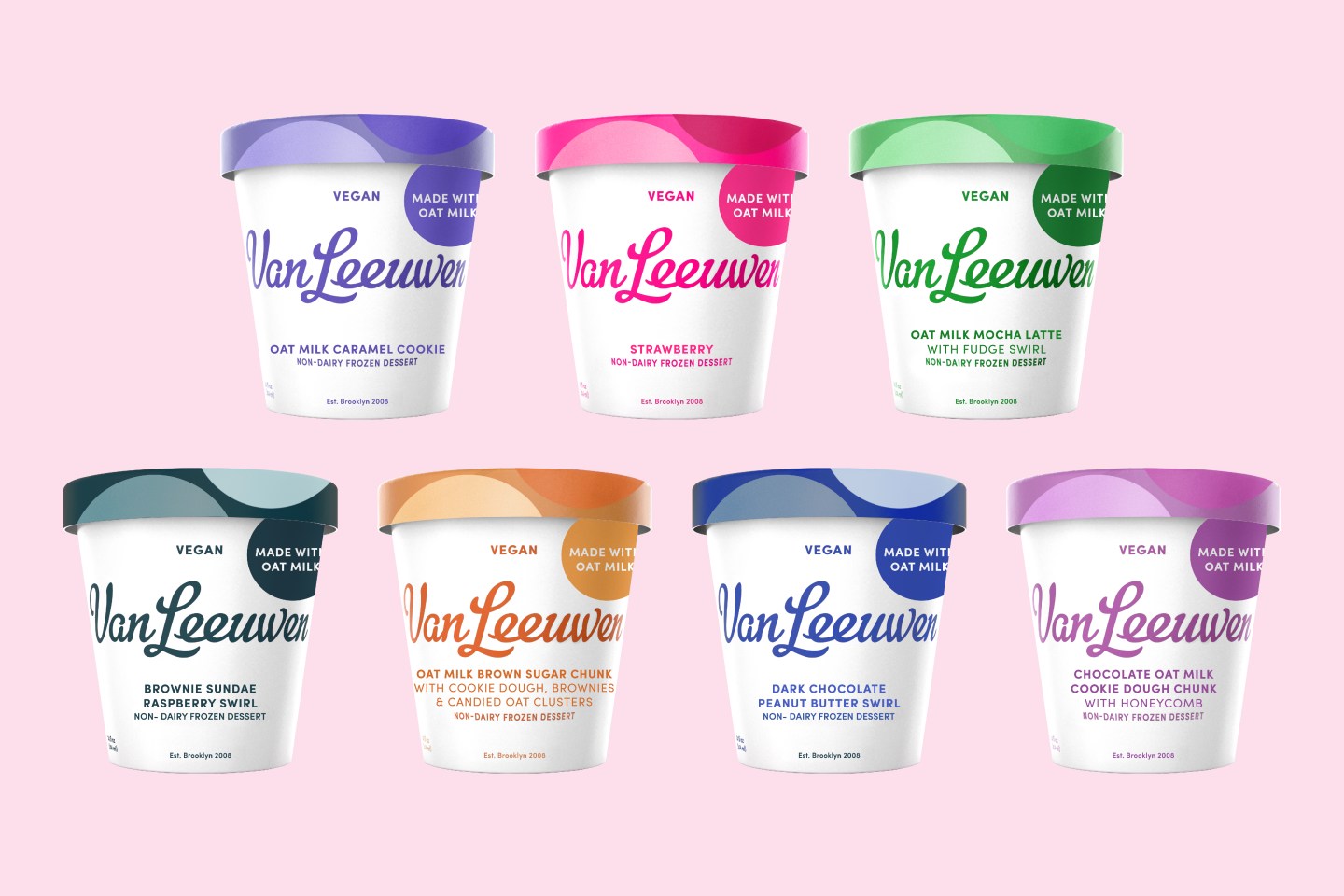 As billions of dollars in funding plump up the fake-meat industry, one avenue to making actual changes in the quantity of animal products people eat on a regular basis lies somewhere simpler, smaller, and infinitely more delicious: pints of plant-based premium ice cream.

More and more studies suggest that one of the ways individuals can make a difference in fighting climate change is to move toward a plant-based diet. And high-end ice cream shines as a rare place where small businesses are doing methodical, scalable work—and the new products equal or best the original. While scientists and biotech companies pore over cells and fiddle with their plant-based meat formulas, a few regional ice cream companies across the country have managed to develop plant-based alternatives the old-fashioned way: through trial and error.

Larger businesses—including one of the drivers of the oat milk trend, oat milk brand Oatly, as well as premium pint purveyor Ben & Jerry’s—still dominate shelves dedicated to vegan options in freezer cases at major grocery stores. But small businesses like Van Leeuwen and Humphry Slocombe are doing the work of putting plant-based ice creams on equal footing when it comes to flavor and texture.

For Van Leeuwen Artisan Ice Cream in New York City, it became a natural extension  of the brand. “If we served anyone, we wanted to serve everyone equally,” says cofounder Ben Van Leeuwen. And that meant developing vegan ice cream options that equaled their dairy (cow’s milk) versions in flavor, ingredient quality, and selection.

“In the past, vegan meant a sacrifice,” says Sean Vahey, a co-owner of San Francisco’s Humphry Slocombe. Now, it simply becomes another option. “It’s not just vegans who want vegan ice cream,” adds CEO Jina Osumi, underscoring that vegan flavors need to compete with or beat the traditional ones on texture and taste.

At Van Leeuwen scoop shops, more than half the flavors on offer at any given time are plant-based. Like Humphry Slocombe, Van Leeuwen began as a traditional ice cream maker—committed to crafting the best-tasting ice cream from scratch, without fillers. But approximately eight years ago, when customers began asking for nondairy options, the company began experimenting. “If someone came into a store and could only have one of the 25 flavors,” says Ben Van Leeuwen, “it had to be just as good.”

The company’s owners tried to match their classic flavors, adhering to the same strict quality guidelines on the ingredients—which mostly meant using a ton of cashews. “You can make a good ice cream with less,” he says, but to do so you have to add stabilizers, which his team wanted to avoid. It made for an expensive, labor-intensive product, and so the plant-based line remained a small part of the business until last year.

As oat milk gained popularity, the base caught Van Leeuwen’s eye. But more important, so did the reduced cost, time (as it didn’t need to be strained), and allergens (no nuts), making oat milk a triple punch. Using oat milk meant Van Leeuwen could produce a plant-based product that cost only about a dollar more than its traditional pints—without sacrificing any commitment to sourcing and ingredients. Early in 2020, Van Leeuwen plans to launch a new line of plant-based flavors for retail, made with its house-made oat milk base, organic coconut cream, raw coconut oil, cocoa butter, and cane sugar. Among the flavors at launch are chocolate cookie dough chunk, caramel cookie, and mocha latte. Like Humphry Slocombe, Van Leeuwen sells via Goldbelly, as well as in select retailers.

For Frankie & Jo’s, the ingredients (specifically, the lack of animal products) are the entire point—but the appeal lies in its surpassing dairy competitors.

The Seattle-based company, which has two outlets and an online subscription business, made Thrillist’s list of best ice cream shops in America in 2019—competing with (and besting) traditional dairy spots around the country. Like Van Leeuwen, Frankie & Jo’s focuses on sourcing higher-end ingredients while eschewing stabilizers and fillers. Similar to Humphry Slocombe, Frankie & Jo’s has owners with a culinary background who create fascinating flavors like oatnog, cured persimmon pudding, and the brand’s signature salty caramel ash.

Unlike Van Leeuwen and Humphry Slocombe, though, Frankie & Jo’s set out to be a plant-based ice cream company. “Our mission is to radically shift the way people think about ice cream,” says Kari Brunson, who cofounded the company with pastry chef Autumn Martin. And they are: seamlessly weaving superfoods and adaptogens—along with beets, kale, and turmeric—into scoops that that could put Häagen-Dazs to shame.

All three perch on the edge of a business category set to skyrocket: Dollars spent by consumers on plant-based foods overall grew by 11% from 2018 to 2019, and plant-based ice cream grew by 27%, according to the Good Food Institute, a nonprofit promoting plant-based alternatives. Conventional dairy ice cream, by contrast, grew just a single percentage point within the same time frame.

Beyond being good for the environment, Ben Van Leeuwen notes, vegan ice cream is good for business. Although it is still a sweet treat and not an anytime food, ice cream has become an important stepping-stone in encouraging consumers to consider a more planet-friendly and plant-based diet.