The Polar Express Is Not Only Real, You Can Ride It 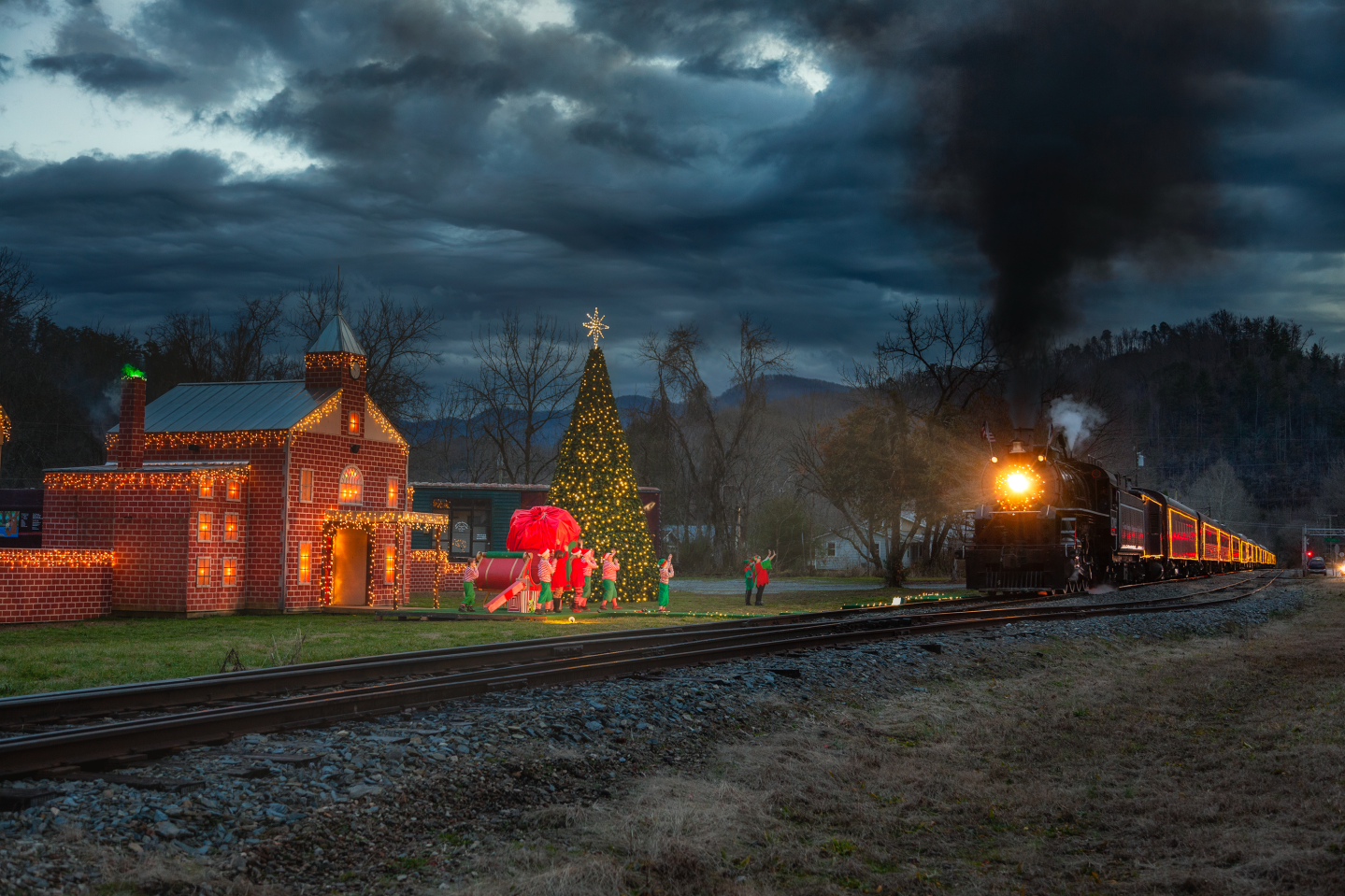 In 1985, Chris Van Allsburg published The Polar Express, a children’s book about a young boy who catches a train outside his bedroom window bound for the North Pole where he, along with other kids on board, meets Santa Claus.

In 2004 the book was made into film, and for many children this holiday season, The Polar Express is more than just a story—it’s an experience.

Rail Events Incorporated, in partnership with Warner Brothers Consumer Products, licenses the tale to a number of different railroads around the country each November and December. One of the largest of those railroads is the Great Smoky Mountains Railroad, located in Bryson City, N.C.

“We tried to emulate the movie as best we can,” says Sarah Pressley, marketing director at the railroad. “We’ve got dancing chefs and waiters, and obviously you’ll get your golden ticket because everyone needs that golden ticket to board the train.”

Guests arrive at the train depot in Bryson City to pick up that golden ticket and then, just like the boy in the story, they’re greeted by a conductor who helps them find their spots on board for the approximately one hour and 15 minute journey.

“We invested a large sum of money last year to do a really cool light show that synchronized the music before they board there at the depot, which was really impressive,” Pressley says.

Once the train takes off, hot chocolate and freshly baked chocolate chip cookies are served on board by dancing waiters, and the book is read aloud to passengers over the loudspeaker while chefs and waiters walk through with large copies of the book kids can see. Many of the kids bring along their own copies to read along.

“We’ve got some characters that are coming through as well, like our Mysterious Hobo,” Pressley explains. “He comes through, and he has a few scenes interacting with passengers and talks about the spirit of Christmas and believing.”

Santa talking with a passenger on the Polar Express.
The Great Smoky Mountains Railroad

Just like in the book, the journey takes passengers to the “North Pole.” In the case of Bryson City, the North Pole is represented by the city of Whittier. There’s a town square set up similar to the one in the movie, and people in the town allow the railroad to decorate their homes to enhance the experience.

Once there, children watch on from the train windows as, just like in the book, a boy meets Santa and is given a bell that symbolizes the first gift of Christmas. Afterward, Santa boards the train and goes through each train car to give children their own bells and help them test them to ensure they ring, a sign in the book that they’re still “believers” in good ol’ Saint Nick.

“On the way back, they usually like to sing Jingle Bells about 50,000 times because everybody wants to make sure the bell rings,” says Pressley.

And it’s not a small operation. Bryson City’s train has 17 cars and can hold roughly 800 people at maximum capacity. The train runs from November 8 through December 31, most often three times a day. Pressley estimates that roughly 94,000 people will have ridden the train by the end of the year. According to the U.S. Census, Bryson City had a population of just 1,455 people in 2017.

More on the holidays from Fortune:

—5 of the best last-minute gift ideas you can get before Christmas
—Give these world-class experiences as gifts this holiday season
—Tiny tech gadgets great for stocking stuffers
—Travel must-haves to give your favorite globe-trotters
—The best books to gift people you know well—and people you don’t
Get up to speed on your morning commute with Fortune’s CEO Daily newsletter.