Can Technology Save the Air Travel Industry From Its Delay Problem? 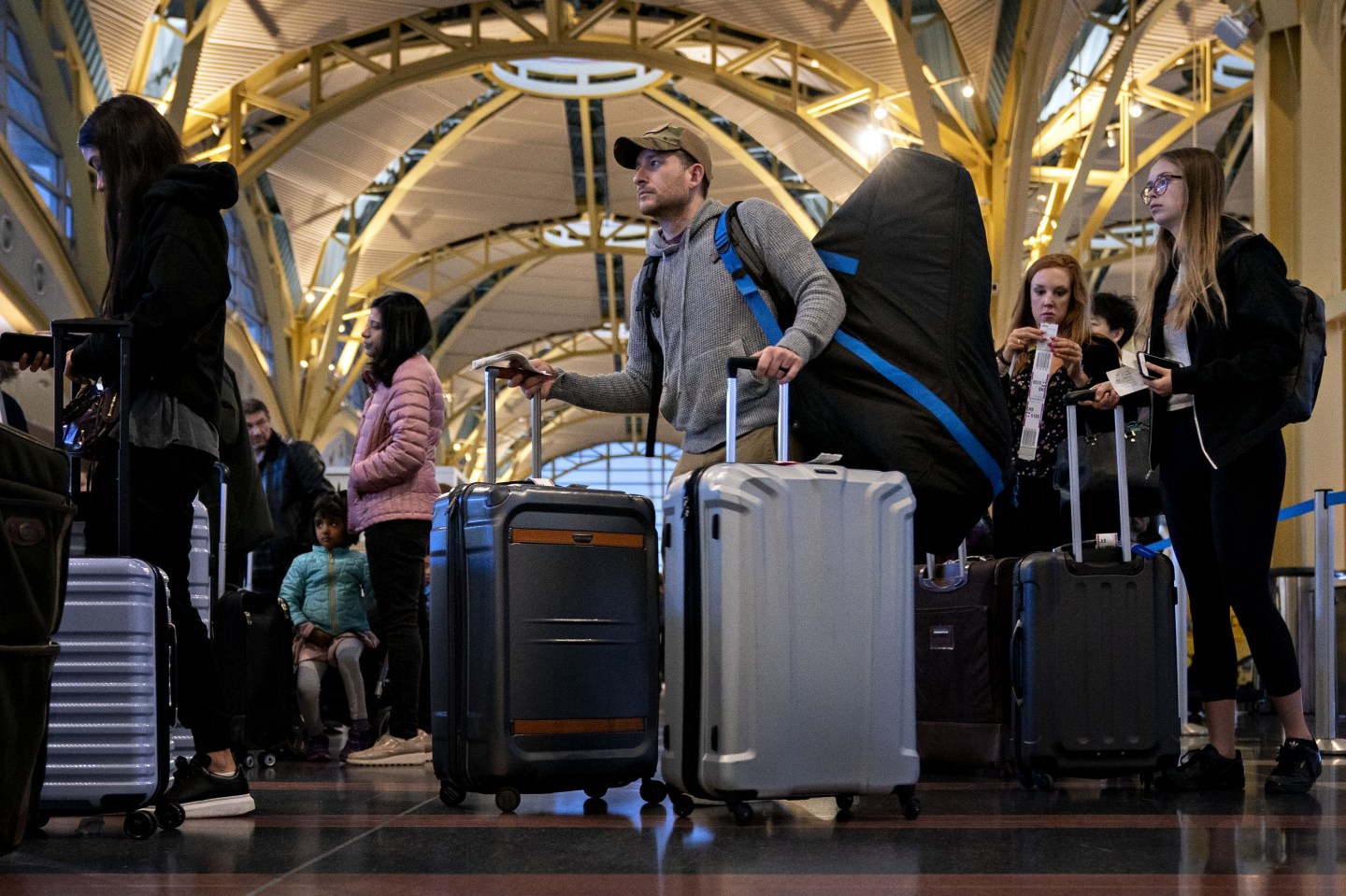 There’s no place like home for the holidays—if you can get there.

Airport delays are so common during the winter holiday season that on Dec. 27 and 28 of last year, American travelers had only about a 61% chance of departing or arriving on time, according to the Bureau of Transportation Statistics. That’s 18 percentage points lower than 2018’s normal on-time performance.

Together, these delays cost the United States nearly $30 billion a year. The cost of passengers’ lost time constitutes half that figure, with rebooking fees, passenger compensation, and staffing making up the bulk of the remainder. So far in 2019, delays have eaten up 75 million minutes of U.S. passengers’ time.

But if you think busy airports like Chicago O’Hare, LaGuardia, and LAX are troubled with delays and congestion now, just wait until 2037.

That’s when the International Air Travel Association (IATA) says global passenger air travel will reach 8.2 billion passengers a year, up from 2019’s estimated 4.6 billion—“passengers” is defined by total origin-destination journeys, not unique individuals. While the majority of gains will be in developing markets like Asia-Pacific and Africa, 1.4 billion of those future passengers will be traveling in North America.

The airport crunch is coming. Even as airlines add flights to accommodate the increase in passengers, airspace and infrastructure can be stretched only so far. To head off the impending chaos, airlines and partners are pursuing three main technology themes aimed at managing airport traffic, said Nina Brooks, director of security, facilitation, and IT at Airport Council International (ACI).

The first is moving things away from the airport, such as remote baggage collection. For instance, a luggage collection service would pick up bags from people at home, work, or at a downtown location prior to travel. Then, tracking services would work to ensure travelers are reunited with their bags at their final destination.

The second is automation, as in automated bag drop, ID verification, and document checking. IATA’s head of facilitation Céline Canu said that not too far off in the future, some passengers will be able to scan their e-passport chips at home using their smartphones, then take a few selfies from several angles—enough to train a biometric facial recognition system to pick passengers out of a crowd. This is part of an industry-wide movement away from passports and toward digital travel credentials (DTC, or “facilitation” in industry parlance), which will be introduced in stages over the next several years, said Canu.

Some attempts to introduce facial recognition at U.S. airports have not gone very smoothly so far. Even so, the thinking is that it will reduce bottlenecks at security and immigration by using cameras in the customs area and perhaps even around the airport.

The third, data, is the industry’s golden ticket.

“That really is the game-changer, allowing us to become more coordinated and to be able to predict when the peaks are going to come, who’s coming, what volume of baggage is coming, to be able to be more flexible with resources and better coordinated between all the different parties,” Brooks said.

Because various components of airport operations are managed by multiple partners and not one single, streamlined entity, a lot can fall through the cracks and cause problems such as delays. Sharing data is integral to what Brooks called a “total airport management approach,” which, in an ideal scenario, would make operations so efficient that airports could reduce turnaround times (the time between when a flight lands and takes off again) and process more aircraft.

Ira Gershkoff, a consultant on airlines’ operations systems at airline market research firm T2RL, said these innovations may improve the experience of flying, but he isn’t so sure these technologies will improve profitability.

“Airlines have already cut a good chunk of their airport labor cost, and there’s not that much more productivity to be gained there,” he said.

Right now, the airline industry is focused on revenue maximization. A major reason for that is because airplane tickets cost 59% less today than in 1998, after inflation. That has resulted in dwindling profits, even as demand grows. To make up for the shortfalls, many carriers look for ways to drive up passenger volume. This can look like more flights per day, especially increasing short-haul regional flights during peak times, with fares cheap enough to fill the airplanes up as much as possible.

This airline strategy encourages more people to travel by plane instead of by bus or train. Bo Zou, a transportation engineer and professor at the University of Illinois at Chicago who studies delay propagation in air travel, said that approach can expose airports to greater congestion and delay challenges. With more and more time-sensitive moving parts, orchestrating a high level of efficiency becomes incredibly complicated.

New approaches to airplane scheduling, disruption management, and aircraft positioning surveillance can help alleviate some of the strain and accommodate new traffic, which are imperatives for staying in business. The U.S.-based NextGen program, for instance, is in the last stage of switching air traffic control from legacy ground-based radar systems to GPS-based satellite tracking. The new system, known as ADS-B, will help aircraft fly closer to one another, which would increase airspace capacity.

Jim Barlow, vice president of airline strategic consulting at travel technology company Amadeus, said scheduling and passenger-flow software can also help airlines recoup big money by buttoning up inefficiencies. “Those that are successfully optimizing their schedules in this way can capture around 1%–3% of their annual revenue, which represents billions of dollars across the industry as a whole,” he said in an email.

Despite these innovations, it’s still not uncommon for one mistake or late arrival in the morning to cause cascading delays across a whole day’s operations. “The delay of one aircraft can propagate—spread out—to more flights, so that’s kind of a multiplier effect,” said Zou.

“It’s like ringing the bell for the end of recess: A hundred kids rush for the door,” Baiada said.

Technology can help solve some elements of delays and other aviation problems, but it’ll take more than layering bells and whistles on top of an inefficient existing system to make the kind of meaningful change required to meet future demand. At some point more airport infrastructure—new runways, concourses, terminals, and even airports—will need to be built to accommodate future passengers.

However, as we’ve seen on highways, adding lanes does not equal less traffic; it actually means even more cars. For passenger air travel, busier airports and skies could mean even more delays. “More and more airports will be slot-constrained, and this will mean that there will be little slack in airport capacity around the world,” said Gershkoff.

In many ways, the airline industry is the maker of its own misery. The industry is notoriously slow to change, so widespread implementation of all its great ideas may not even be complete by 2037.

So, if you’re planning on flying sometime in the next 17 years, buckle up: Delays may get worse before they get better.

—2020 Crystal Ball: Predictions for the economy, politics, technology, etc.
—Russia and China built a new gas pipeline. It has everything—except profit
—5 cocktail trends to watch for 2020
—A roundtable of investing experts share their best advice for 2020
—The ‘princess’ and the prisoner: How China’s Huawei lost public support