A.I. Might Be the Reason You Didn’t Get the Job 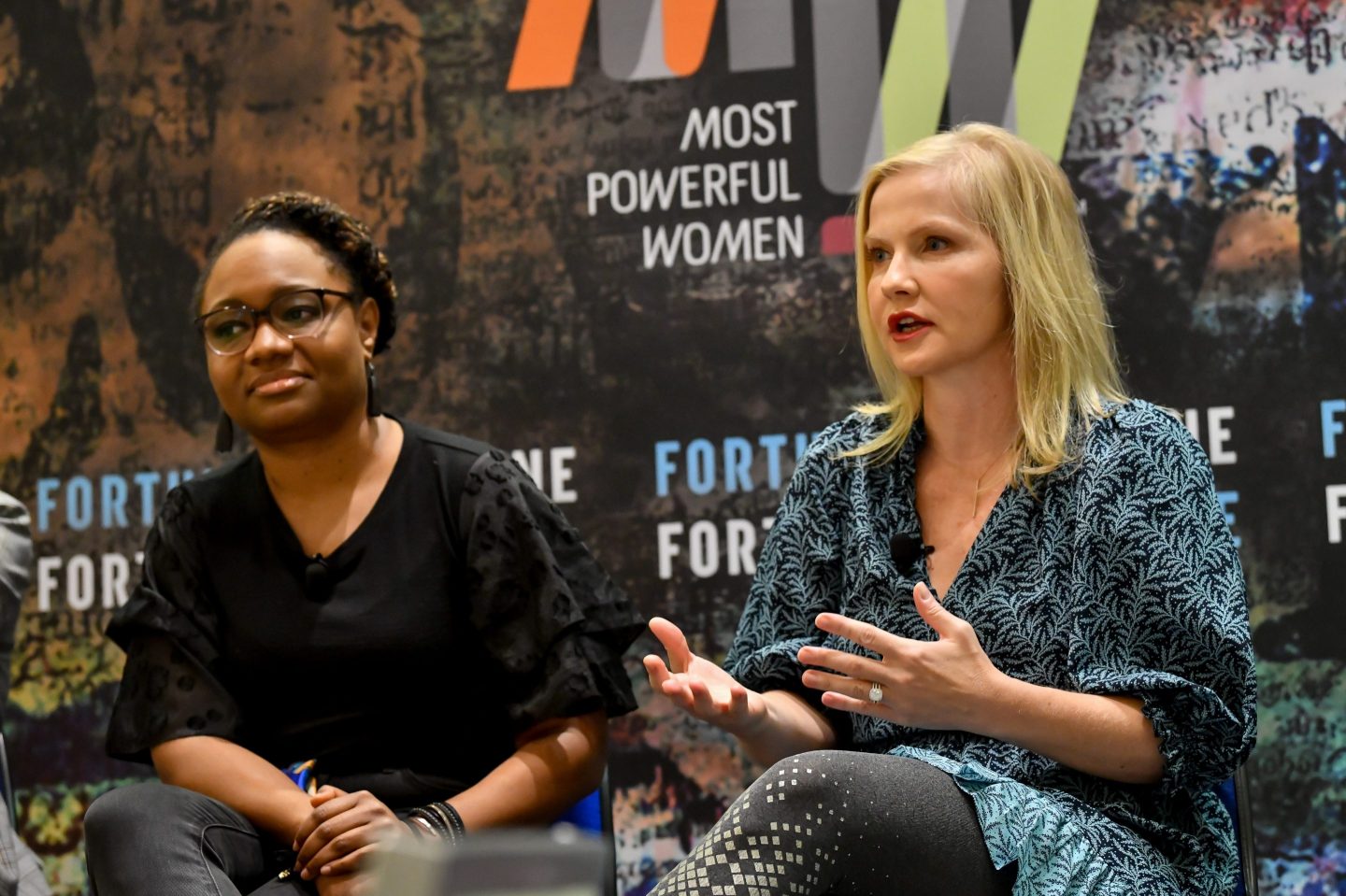 Large corporations are leaning on artificial intelligence to help them with the overwhelming applications they receive for one single job. That means that computers are eliminating a vast majority of candidates before a human ever even takes a look.

“For one position, we get 700 to 1,000 applications,” Niki Allen, Boeing’s vice president of human resources technology transformation said at Fortune‘s Most Powerful Women Next Gen summit in Laguna Niguel, Calif. on Wednesday. “A.I. is a huge component of that.”

But as companies implement the use of A.I. for hiring and retention purposes, they have a greater responsibility to make sure the technology isn’t biased. A.I. systems can discriminate against people of color or based on gender if the algorithms aren’t trained correctly.

To avoid some of these pitfalls, companies have to make a conscious effort in making sure the people and the data that are training the A.I. systems are diverse, said Rashida Hodge, vice president at IBM. But some companies are just starting to realize many times that’s not the case, said Frida Polli, chief executive officer of Pymetrics, an A.I. company that helps employers remove bias from the hiring process.

“Can you imagine if all the toddlers in the world were raise by 20-year-old men?” she said. “That’s what our A.I. looks like today. It’s being built by a very homogenous group.”

“For example, you might input examples of people you’ve regrettably” lost,” Fatemi said. “You also want to provide examples of the best talent that has stayed… the effect is a prediction model that can generate a model that can tell you which employees are likely to stay.”

While the use of A.I. can raise issues around discrimination and faulty models, the good news is corporations are trying to raise their standards and do a better job in their hiring and retention practices, Polli said. Pymetrics serves clients including LinkedIn and JLL and said she’s been impressed by the requests she gets from some of the larger corporations.

“I’ve been encouraged,” she said. “Some of the companies are pushing us to even improve our standards.”

—Chanel Miller is more than “Emily Doe”
—The “blameless post mortem” and other techniques that spur innovation
—Career pivots are daunting. Here’s how three powerful women made them work
—Goldman Sachs removed one word from recruiting materials and female hires soared
—Exclusive: Enterprise scion Chrissy Taylor to become car rental giant’s CEO
Keep up with the world’s most powerful women with The Broadsheet newsletter.