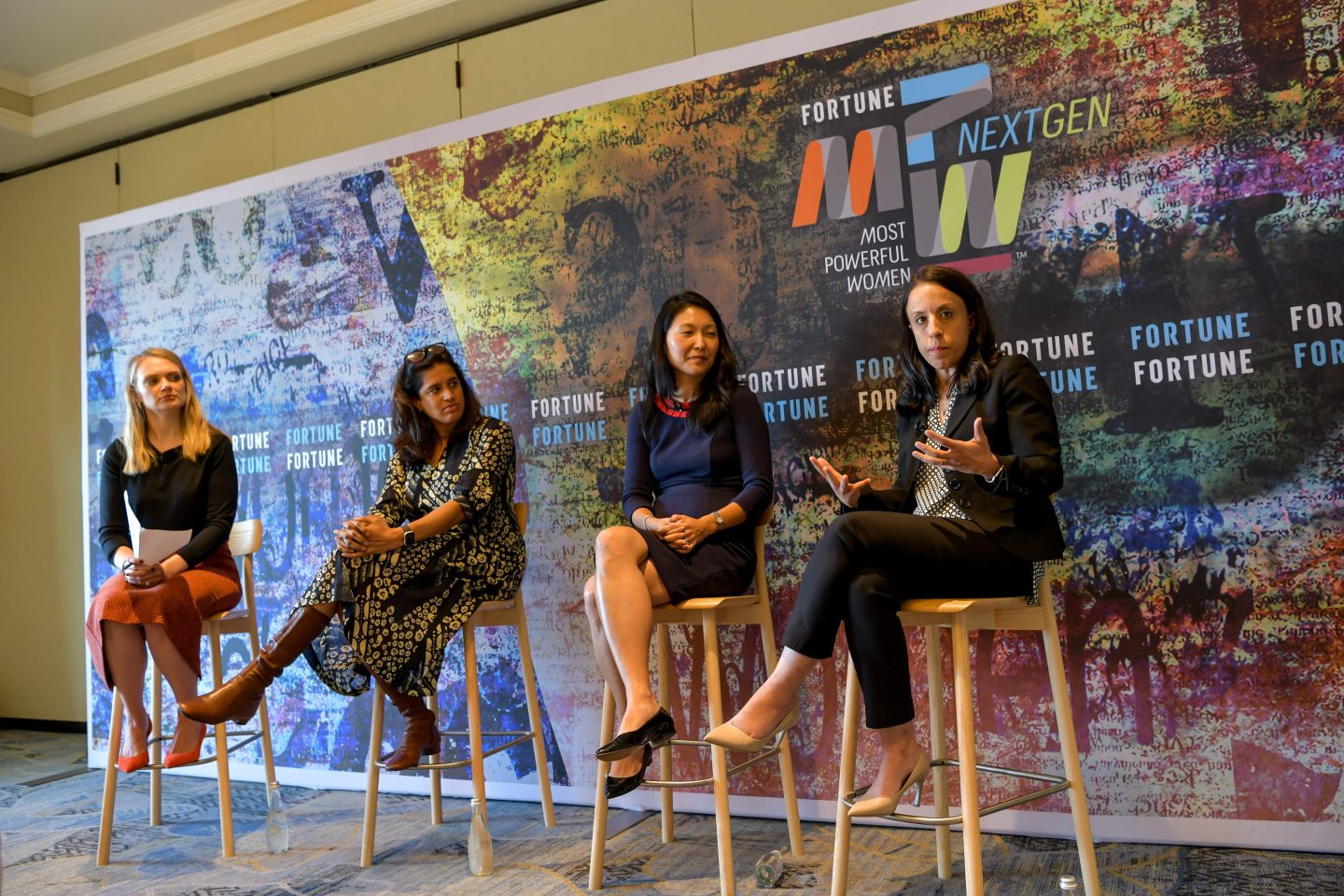 “I think a lot of tech companies are moving toward highly regulated spaces, so as a result, the general counsel role is evolving,” Irene Liu, the general counsel at background check company Checkr, said onstage Wednesday at Fortune‘s Most Powerful Women Next Gen Summit in Laguna Niguel, Calif. “They do need to have more oversight beyond just legal—they need to oversee how the product is being made because it has compliance implications, so the breadth and how complicated the business is is what really impacts the influence that the general counsel can have in the business,” she said.

In fact, according to data from Equilar released last year, “Approximately 93% of [general counsels] are now members of the executive management team—almost a 10% increase from 10 years ago.” Their growing influence in the C-suite may be due in part to changes in how companies view the position.

“What’s happening now, particularly in Silicon Valley, is I think there’s a certain class of founders and companies who have … learned what a [good] general counsel is,” Melissa Tidwell, the former general counsel at Reddit, said. “They know your language, you can have an amazing back and forth with them, and I think certain leaders have become more thoughtful because of that.”

Yet general counsels also face the tension of not putting too many restrictions on their fast-growing tech companies. “Especially at technology companies, you don’t want to set too many processes, because you want them to move fast,” Liu says.

Biber suggests that this balancing act is something most good tech lawyers are keeping top of mind anyway. She says they are “more afraid of weighing down the rocket ship with unnecessary administrivia than some minor risk going unchecked.”

And just because regulations are increasingly weighing on tech companies’ minds doesn’t mean that everything is a legal battle. Liu asks: “You have to keep in mind: What does the business really need, and who gives a shit? Do you really give a shit?”

—Chanel Miller is more than “Emily Doe”
—The ‘blameless post mortem’ and other techniques that spur innovation
—Career pivots are daunting. Here’s how three powerful women made them work
—Goldman Sachs removed one word from recruiting materials and female hires soared
—Exclusive: Enterprise scion Chrissy Taylor to become car rental giant’s CEO
Keep up with the world’s most powerful women with The Broadsheet newsletter.