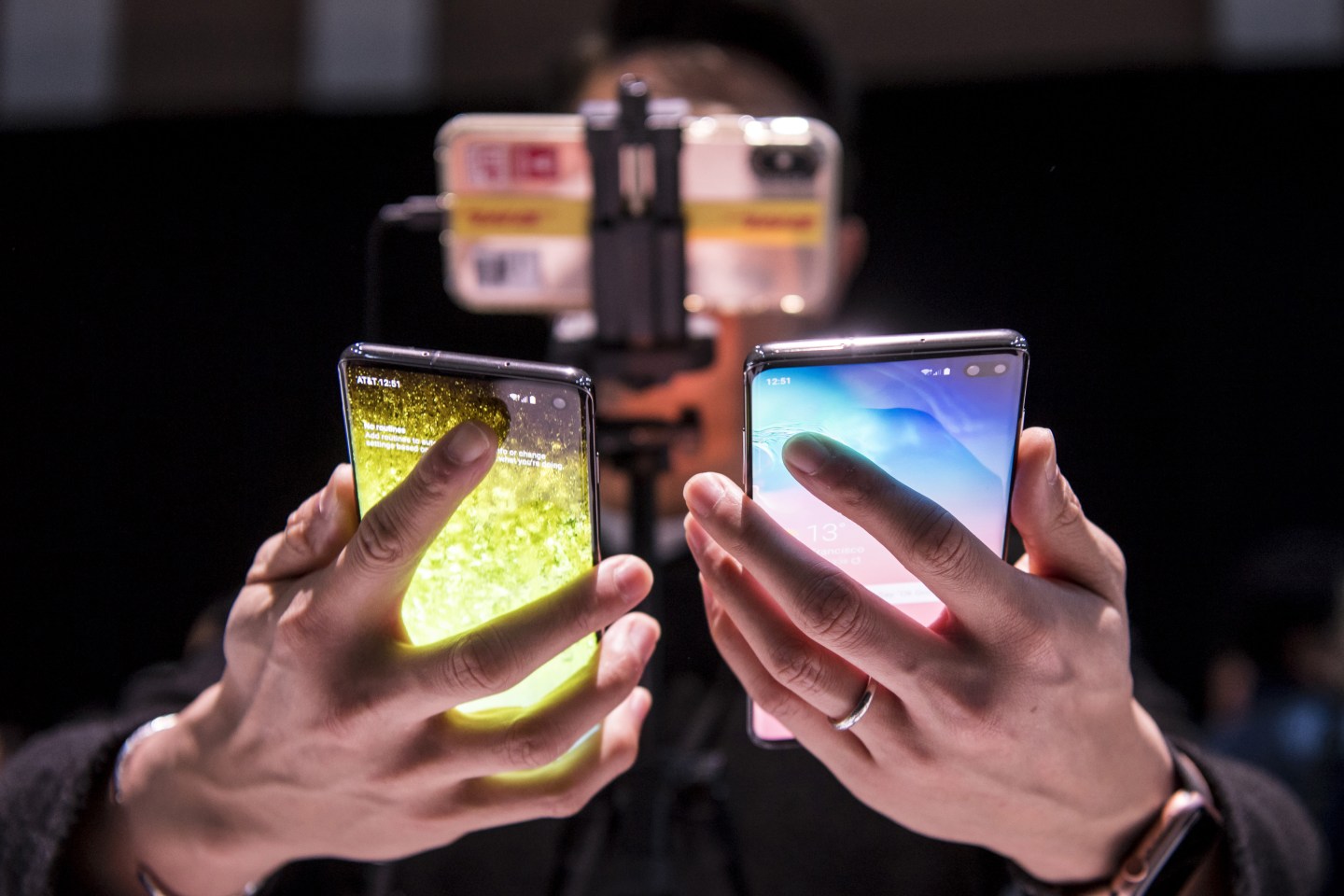 Samsung Electronics Co.’s response to Apple Inc.’s much-improved iPhone 11 cameras is going to be a giant photographic arsenal strapped to the back of its 2020 flagship phones.

The Korean company is preparing the biggest overhaul to the cameras on its flagship phones for next year, according to people familiar with the company’s plans. Its upcoming Galaxy S11 will sport a 108-megapixel sensor for the main camera — versus the iPhone 11’s 12 — flanked by three more on the back of the device including an ultrawide-angle lens and 5x optical zoom, they said. The marquee device will also adopt a time-of-flight sensor for depth detection similar to one already in the Note 10+, a feature that can aid portrait photos and augmented-reality applications, the people said, asking not to be identified discussing specifications that haven’t been made public.

Samsung will also extend the high-resolution sensor and 5x zoom camera to the Galaxy Fold clamshell device — which is expected to be publicly unveiled around the time of the Galaxy S11’s launch in February, the people said. The raft of new features signal Samsung’s renewed commitment to mobile photography after years of minimal innovation, as well as an attempt to catch Apple in the camera stakes.

The deluge on the camera front joins the introduction of foldable devices and fifth-generation wireless connectivity as core pillars of Samsung’s hardware strategy, features Apple won’t be able to match until its next iPhone refresh in September.A Samsung Electronics representative declined to comment.

Now that closest rival Huawei Technologies Co. is struggling in Europe thanks to U.S. sanctions, Samsung can consolidate its lead by doing what it’s always done: overwhelming consumers with specs.

Heading into 2020, as multi-camera and multi-lens arrays become the norm on smartphones, Samsung stands to benefit from owning a pioneer in this developing field. Camera specs in particular feature heavily in consumer-buying decisions in developing markets such as India, Counterpoint Research data has shown.