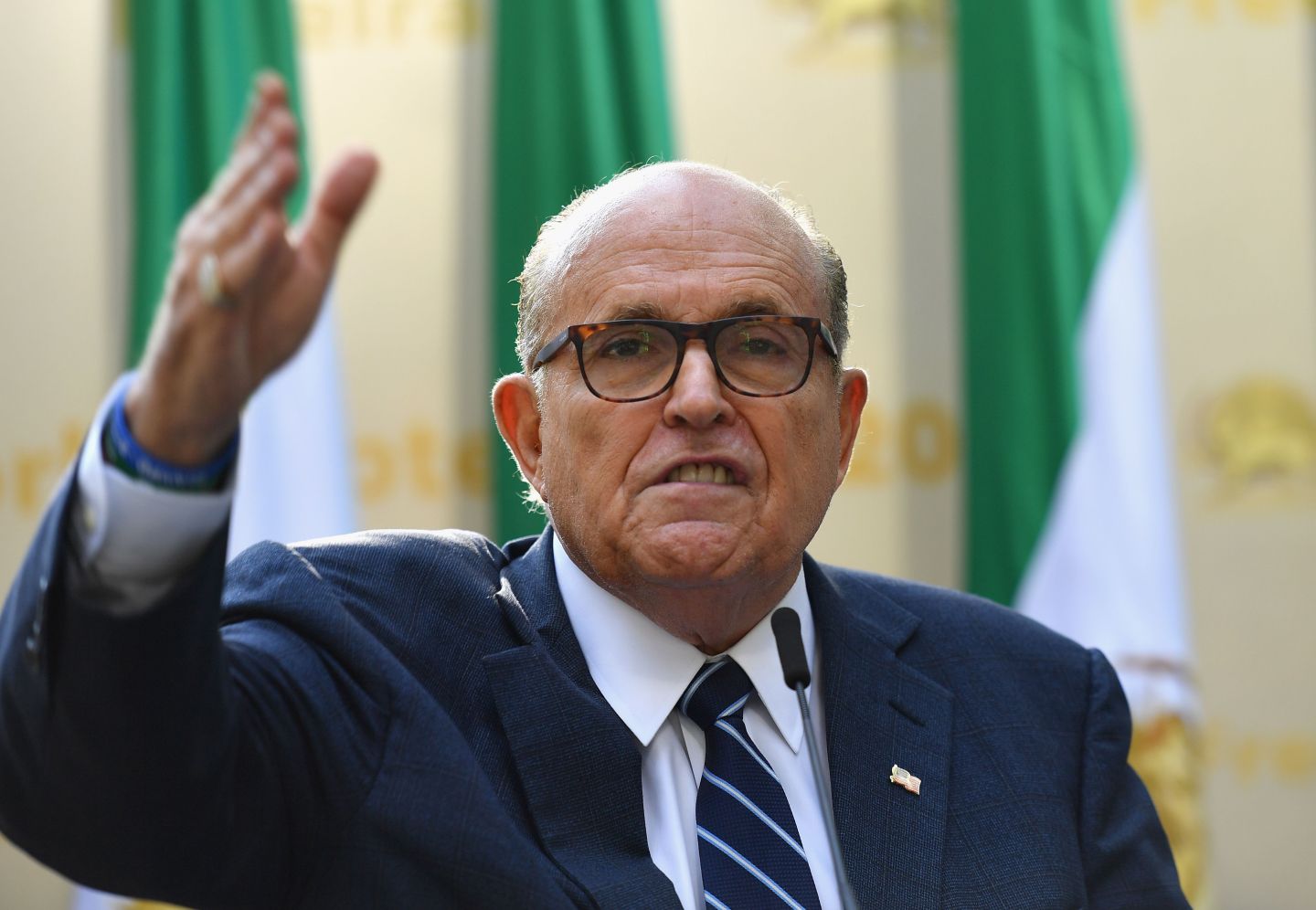 Rudy Giuliani, whose work in Ukraine is at the heart of U.S. impeachment proceedings, is back in the country — and officials in Kyiv appear to be keeping their distance.

People with knowledge of his trip say Giuliani flew into Kyiv from Budapest on Wednesday, the same day that U.S. hearings stemming from his shadow diplomacy in Ukraine kicked over to the House Judiciary Committee. Social media postings show him meeting with current and previous Ukrainian political figures as part of a cable news documentary series that’s critical of the impeachment inquiry.

But President Volodymyr Zelenskiy of Ukraine won’t be meeting with him, according to the president’s spokeswoman. Igor Kolomoisky, a Ukrainian billionaire who had ties to Zelenskiy, also said he wasn’t planning to meet Giuliani. Zelenskiy’s predecessor, Petro Poroshenko, met Giuliani twice in Kyiv in 2017; through a spokesman, he, too, said he had no plans to see Giuliani during his trip.

Andriy Yermak, a key aide to Zelenskiy who figured prominently in the House’s impeachment report, was in London for a conference on Ukraine. He also said he wasn’t meeting Giuliani. “How can I? I’m in London,” he said.

Giuliani has been accompanied in Kyiv by Andriy Telizhenko, a Ukrainian who worked at the Ukrainian Embassy in Washington in 2016 and is the source of unsubstantiated allegations that his country interfered with the 2016 U.S. election.

Telizhenko, who featured in the first episode of the documentary series on the One America News Network, declined to comment on the meetings, citing security issues.

Others who have figured prominently in Giuliani’s Ukraine overtures in the past year — former prosecutors Viktor Shokin and Kostyantyn Kulyk — didn’t respond to requests for comment on whether they would be meeting Giuliani. In a Facebook post, Telizhenko said Giuliani would meet with Shokin and with former Ukraine prosecutor general Yuri Lutsenko on Friday.

Giuliani’s decision to descend on Kyiv to meet with some key people in the impeachment saga comes after months of public testimony in Washington about his back-channeling in Ukraine. Journalists in Kyiv clambered to learn where he was holding meetings. A group of reporters rushed to the Fairmont Grand Hotel, which declined to comment on whether he was staying there.

With his visit, Giuliani appears to be doubling down on his efforts to dig up dirt in Ukraine on political opponents of President Donald Trump. He met, among others, with Andriy Derkach, a Kremlin-friendly Ukrainian parliamentarian who recently wrote a letter to Giuliani beseeching him to support criminal justice reform in the country — an effort that could help Giuliani take on the mantel of corruption fighter rather than dirt digger.

Meanwhile, Zelenskiy’s government is pursuing its own anti-corruption efforts. Giuliani’s visit to Kyiv coincided with a visit by Philip Reeker, the acting U.S. assistant secretary of state for European and Eurasian affairs. On the same day Giuliani met with Lutsenko — who is accused of corruption in the House impeachment report — Reeker was meeting with Ruslan Ryaboshapka, Zelenskiy’s new prosecutor general, to discuss changes to the country’s law enforcement structures.

“The new prosecutor office will be oriented at society’s trust,” Ryaboshhapka’s office said in a written statement. “It must be effective and fair.”