This Loan Forgiveness Program Promised To Help Teachers and Police Officers. Then It Denied 99% of Their Applications 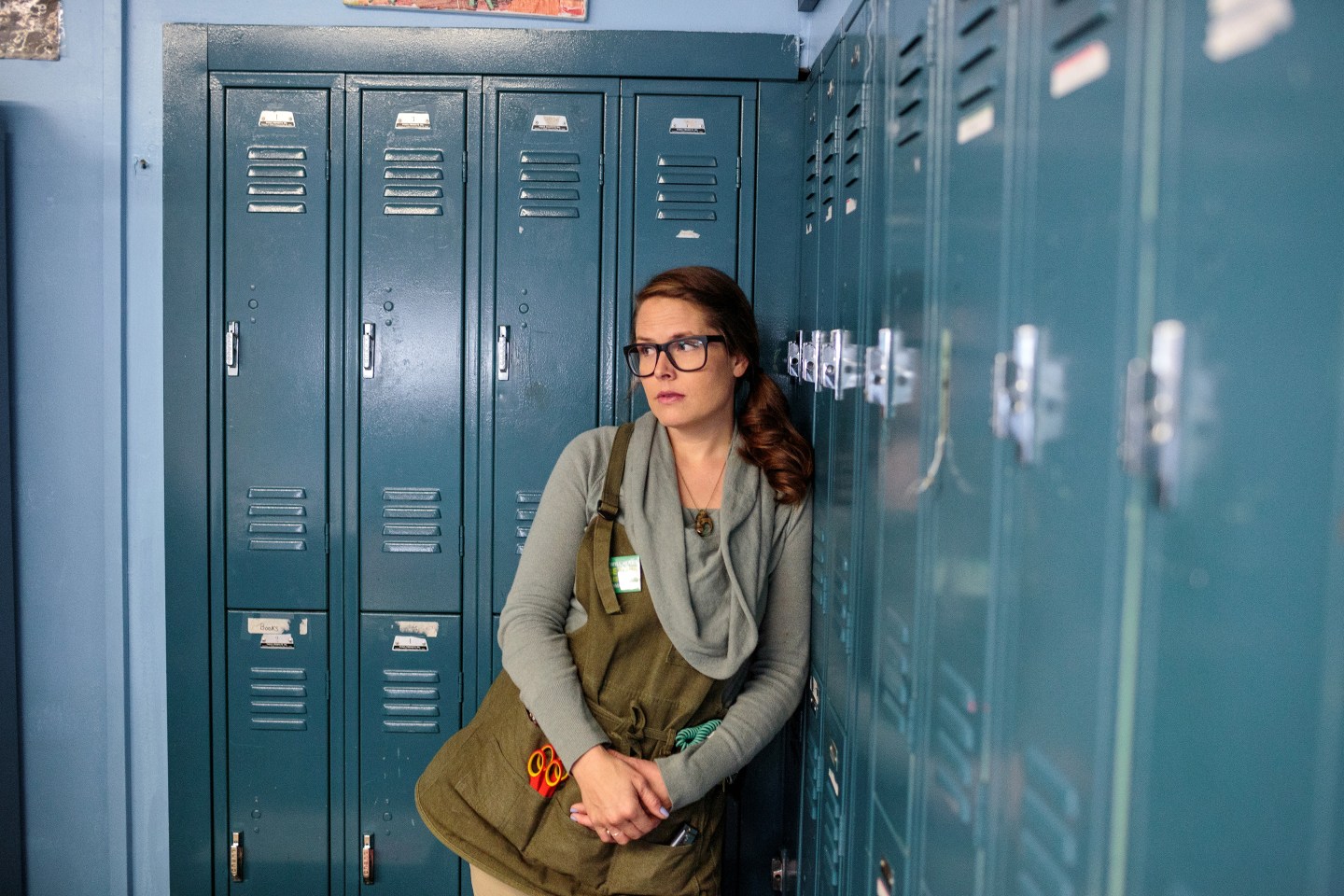 In Franz Kafka’s classic novel “The Trial,” the protagonist Josef K. has to deal with a remote and undefined authority, for a nameless offense, and live under a constant cloud of dread and anxiety, without ever knowing what went wrong or how to fix it.

If Kafka lived in modern-day America, his main character might go by the name of Kelly Finlaw.

The 36-year-old Manhattan art teacher was an applicant to the federal Public Service Loan Forgiveness program, or PSLF. The plan: For those who worked in the nation’s public sector—teachers or police officers or doctors, for instance—and made all their student-loan payments for 10 years straight, the remaining balance would be forgiven.

It first launched back in 2007, and was even subsequently beefed up with a temporary expansion and a $700 million budget set aside by Congress. So in theory, after 2017, a lot of grateful public-sector workers should have starting getting freed from their student debt.

As it turns out: Not so much.

When the Congressional Government Accountability Office (GAO) looked into how the program was going, what they found was shocking: 99% of all applications were being rejected.

“It makes me really angry,” says Finlaw. “It feels like it was all a big farce—like it was never meant to actually help people.”

In Finlaw’s case, she was told—after years of making every single payment—that some of her loans didn’t actually qualify for forgiveness. She would have to consolidate it all into a different loan, and then start over from square one.

It’s enough to make even a mild-mannered middle-school art teacher tear her hair out in rage. As a result Finlaw is one of eight members of the American Federation of Teachers who filed a lawsuit against the Education Secretary (The case is Weingarten v. DeVos). After government lawyers filed a motion to dismiss, plaintiffs filed their response, both of which are being weighed by the bench before the case proceeds. (The Department of Education declined to comment on pending litigation.)

Finlaw is hardly alone in feeling she’s been had. In the GAO’s most recent research released in September, analyzing the temporary expansion of the program, it found only 661 cases had been approved—and a whopping 53,523 were rejected.

“We found significant management challenges with the program,” says Melissa Emrey-Arras, a director in the GAO’s Education, Workforce and Income Security team. “Simple things like producing a manual for how to administer the program, and making sure payments people made were accurately counted. This is pretty basic stuff, and absolutely necessary to deliver on the promises of the program.”

So what gives? Rather than being one single culprit for the sky-high denial rate, it seems there is plenty of blame to spread around.

The current Department of Education is knocked for a lack of oversight—for instance, not providing the loan servicer with concrete guidelines that would help staffers determine who exactly qualifies for loan forgiveness and who doesn’t.

The program’s servicer, FedLoan, is slammed for haphazard management that has left many borrowers confused and despondent about what exactly they are supposed to do, dishing out different answers at different times from different people. (FedLoan media relations director Keith New declined to comment, referring the request to the Department of Education.)

Previous lawmakers, dating back to the program’s inception, are criticized for a badly-written bill that excludes many well-meaning borrowers. An example: “In 2007, when the program was authorized, 75 percent of borrowers held loans in the Federal Family Education Loan Program (FFELP),” points out Angela Morabito, press secretary for the Department of Education—but those particular loans didn’t actually qualify for forgiveness.

Meanwhile current lawmakers are blamed for passing the buck, and pointing out that they weren’t the ones who created the current mess. “Some of the very lawmakers decrying the high denial rate are the same ones who created a program that is difficult to qualify for,” says Morabito. “The high denial rates are by Congressional design, not by accident or failed implementation by the Department.”

Whoever is at fault, the victims are very clear: People like Kelly Finlaw. After 14 years of teaching kids in Washington Heights, and being tantalized with the prospect of loan forgiveness, she still has another $90,000 to go. With interest, she calculates that means another $130,000 on top of that, for a total of $220,000—all on a middle-school teacher’s modest salary.

The Department of Education says it is working to make the process more transparent, with the rollout of online help tools and weekly emails to denied applicants.

But if the 99% denial rate is any guide, public-service loan forgiveness has a very long way to go, before it emerges from its hellish bureaucratic maze.

“Our recommendations have not been implemented, and things have not gotten better,” says Emrey-Arras, who gave testimony to a Congressional education subcommittee this past September.

“This program has been around since 2007, so it’s not like there hasn’t been enough time to manage it properly,” she says. “We first identified major problems in 2018, and it has been more than a year since then. Things need to change—and they haven’t changed.”

—The stock market has hit 19 new highs in 2019 alone. Why?
—The 2020 tax brackets are out. What is your rate?
—How “VSCO Girls” are killing makeup sales
—What is “quantitative easing”—and why is everyone so worked up about it?
—What powered such a great decade for stocks? This formula explains it all
Don’t miss the daily Term Sheet, Fortune’s newsletter on deals and dealmakers.