Saudi Aramco IPO Could be Overvalued by as much as 35%, Fund Managers Calculate 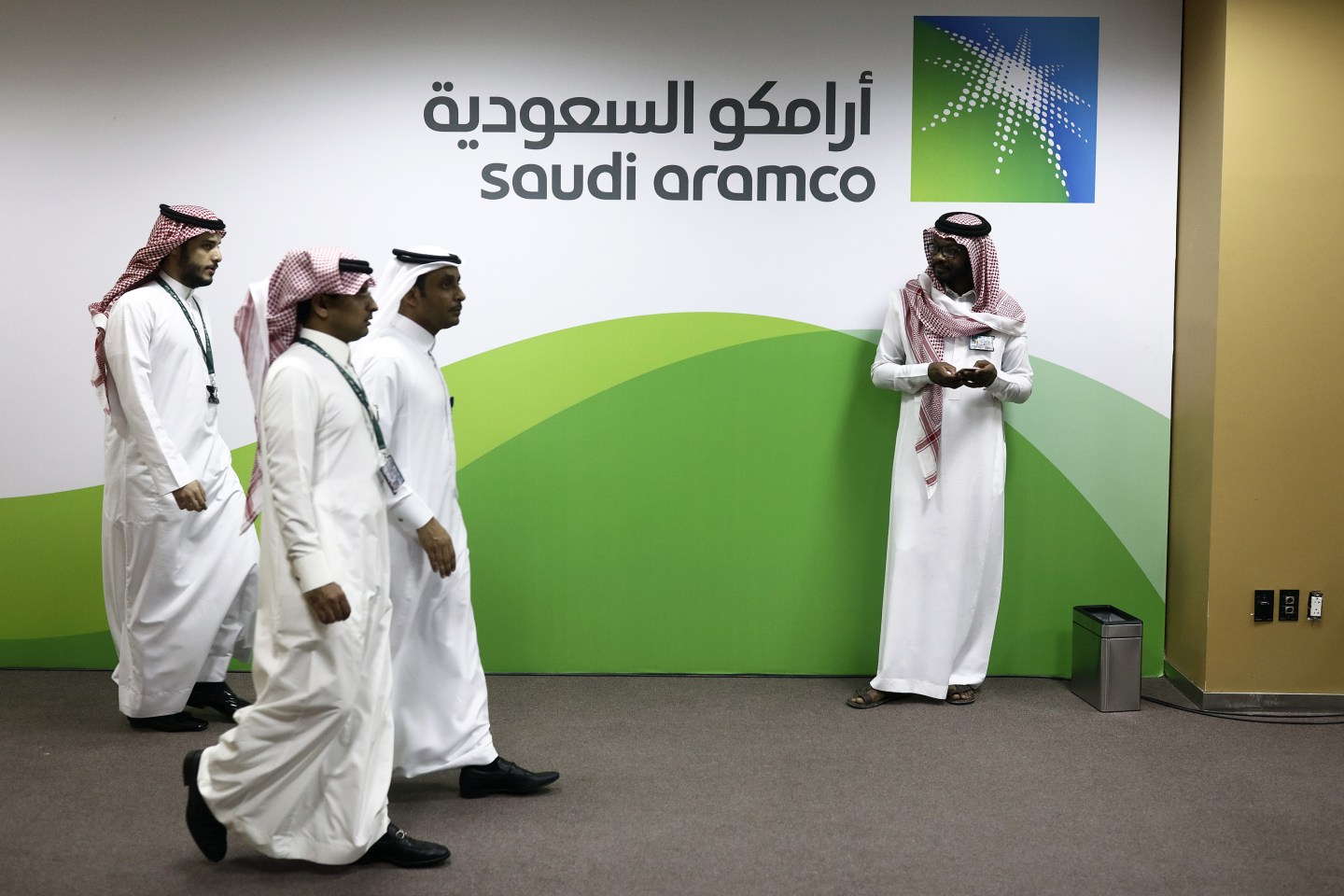 A survey of international asset managers—combined, they hold $3.8 trillion of assets under management—found that the shares in Saudi Aramco being sold by the Saudi government are over-valued by up to one-third. Just as troubling is that just 13% of those same asset managers would buy shares at the current price range set by the world’s biggest oil producer.

The survey was released on Monday and shared with Fortune by brokerage Bernstein. It amounts to further evidence that the high IPO valuation is the main reason why the offer has fallen flat with many international investors. There’s still plenty of interest in the world’s most profitable company from prospective investors in Saudi Arabia and the Gulf; the listing still appears on track for a world record initial public offering later this month.

Bernstein’s survey of 31 asset managers in North America, Europe and Asia, conducted with Procensus, an opinion-sharing platform for institutional investors, found that Aramco should trade at a discount to Western oil majors. They pin an average valuation of $1.26 trillion on the energy giant. That’s a far cry from the $1.6 trillion to $1.7 trillion price range set by Aramco for this month’s IPO.

Should the shares achieve the high end of the range—the final price will be set on Dec. 5—that would mean that investors would be over-paying by around 35%, poll participants calculate.

“While investors agree that Aramco has superior financial and franchise strength, weak corporate governance and limited earnings growth are reasons for the discount relative to peers,” said Bernstein, which is not involved in advising on the IPO.

Bernstein said that, for most institutional investors, the survey results confirmed the view that Aramco was being valued at a level “above what can be reasonably justified by the market.”

“While this does not mean the IPO will be a failure, it does mean that share gains will be highly dependent on oil price. Indeed, the lack of external funds raised by the IPO, plus the pressure to make the privatization a success for domestic Saudi shareholders, are yet more reasons that the Kingdom of Saudi Arabia will want higher oil prices,” it said.

Bernstein concluded that Saudi Aramco had “missed an opportunity by not pricing the IPO at a level which would be attractive to institutional investors.”

“This could have allowed the stock to perform against other oil majors and would have made a follow-on offering in the future more attractive,” it continued.

Contacted by Fortune, Saudi Aramco did not immediately reply to a request for comment.

The part-privatization of Aramco, the “crown jewel” of the Saudi economy, is the centerpiece of Crown Prince Mohammed bin Salman’s “Vision 2030” programme, a grand plan to modernize the Saudi economy, reduce its reliance on oil and open the way for foreign investment.

But there has always been tension between the valuation the Saudi government placed on their prized asset and what Western investors were willing to pay.

In recent months it became clear that the $2 trillion price tag initially floated by the crown prince was too ambitious, and so the Saudi government abandoned efforts to market the world’s biggest oil producer outside the Gulf region. It then lowered its sights to $1.6 to $1.7 trillion.

It also decided to scale back the offering from an anticipated 5% free float of Aramco shares to just 1.5%, and to sell the shares on the Saudi stock exchange, shelving plans for an international offer—at least for now.

An intensive marketing campaign in Saudi Arabia has driven strong demand for the shares among Saudis and in the wider Gulf region. Institutional and individual investors have so far bid more than $44 billion, applying for 1.7 times the number of Aramco shares on offer, lead manager Samba Capital said Friday. Only around 10% of the money bid by institutions so far has come from non-Saudi investors, according to news reports.

That means the IPO looks certain to set a new record, beating Alibaba’s $25 billion flotation in 2014.

Saudi Aramco pumps one in every eight barrels of oil produced globally and is sitting on at least 52 years of oil reserves, so its value is closely tied to the oil price, which has languished for five years.

The Wall Street Journal, quoting Persian Gulf officials, reported Sunday that Saudi Arabia will push for an extension of oil production cuts through mid-2020 at a producers’ summit this week in an effort to prop up oil prices, and, in turn, Saudi Aramco’s IPO share price.

The Bernstein poll found that the asset managers’ preferred approach to valuing Aramco’s shares was dividend yield. Saudi Aramco has pledged to pay a dividend of at least $75 billion a year for the next five years.

Based on the valuation the Saudi government is seeking of $1.6-$1.7 trillion, Aramco will trade on an initial yield of 4.5% which is significantly lower than most global oil majors, Bernstein said.

The asset managers surveyed however believe the company should pay a higher yield than Western oil majors.

Assuming the asset managers’ valuation of $1.26 trillion and a $60 per barrel oil price, Aramco would yield 6% compared to the 5.6% return yielded by international oil companies.

Participants in the poll gave Aramco a score of 90% for financial strength and competitive advantages. Earnings quality and technological innovation received average scores of 70% and 63% respectively.

But growth prospects and corporate governance received low scores of 46% and 35% respectively which are likely the key reasons for the valuation discount to peers, Bernstein said.

—The stock market has hit 19 new highs in 2019 alone. Why?
—The 2020 tax brackets are out. What is your rate?
—How “VSCO Girls” are killing makeup sales
—What is “quantitative easing”—and why is everyone so worked up about it?
—What powered such a great decade for stocks? This formula explains it all
Follow Fortune on Flipboard to stay up-to-date on the latest news and analysis.