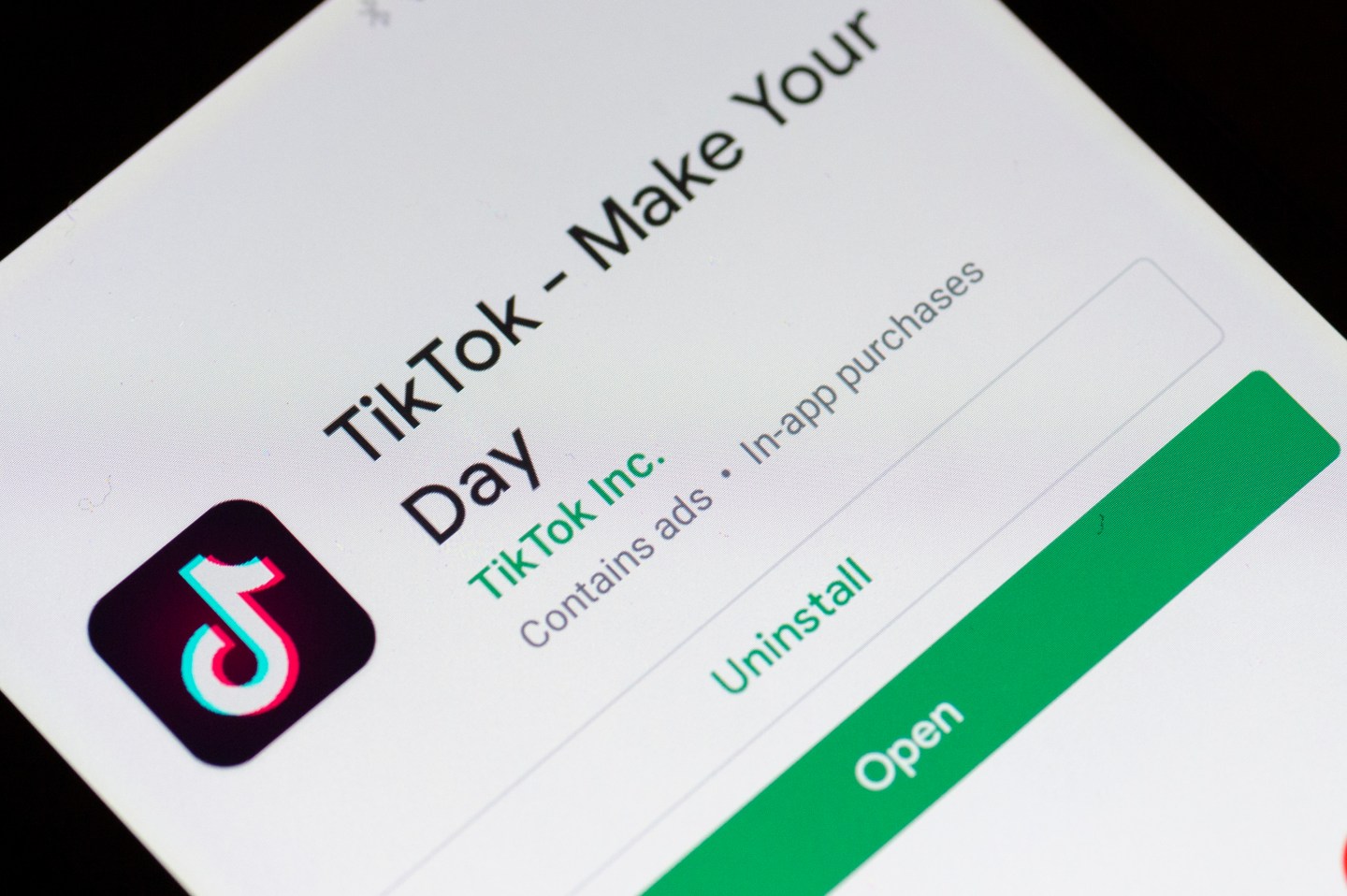 A TikTok logo is seen on a mobile device in Mountain View, California on November 2, 2019 as a photo illustration. The U.S. government organization, the Committee on Foreign Investment in the United States (CFIUS), has launched a national security review of TikTok owner Beijing ByteDance Technology Cos $1 billion acquisition of U.S. social media app Musical.ly. (Photo by Yichuan Cao/NurPhoto via Getty Images)
Yichuan Cao—NurPhoto via Getty Images

TikTok, the irreverent short-video app with over 110 million downloads in the U.S., is facing fresh accusations of implementing Beijing-style censorship after a video uploaded by a 17-year old user in the U.S. that criticized China was deleted this week.

The video was reinstated but the timing wasn’t good: the Chinese-owned app is currently under investigation by the Committee on Foreign Investment in the U.S. (CFIUS) following accusations from U.S. lawmakers that it censors political content.

On Nov. 23, Feroza Aziz, a 17-year old TikTok-user from the U.S., uploaded a short video to the app. The 40-second clip began as an innocuous tutorial on how to use an eyelash curler but quickly transitioned into a political call to action.

“Use your phone that you’re using right now to search up what’s happening in China,” Aziz says, continuing to curl her eyelashes while detailing the widely reported atrocities occurring inside the internment camps China operates in the western Xinjiang region, where an estimated one-million ethnic Uighurs—a predominantly Muslim minority population—have been detained.

“This is another holocaust yet no one is talking about it,” Aziz says.

China claims the camps are “vocational education and training centers” designed to combat terrorism and religious extremism, and has dismissed reports otherwise as ”defamatory rumors” circulated by anti-China forces with “ulterior motives.” Discussion of the camps is also widely censored on Chinese social media.

Two days after Aziz posted her video on TikTok, the company blocked Aziz’s account. Following a flurry of media reports, TikTok reinstated Aziz’s account two days later, on Nov. 27, and apologized for what it called “an error.”

In a blog post on the company’s website, TikTok U.S. head of safety Eric Han wrote that Aziz was blocked from accessing her account because she had created the account by using a smartphone associated with a previously blacklisted account—“@getmefamousplzsir.”

The content of Aziz’s account remained online for viewers to see. However, on Nov. 27, the video in which Aziz urges viewers to educate themselves on Xinjiang was deleted by TikTok, too.

The company says the video was deleted due to “human moderation error” and says the clip was reinstated less than an hour later after a “senior member of our moderation team identified the error.” According to a Bytedance representative, who spoke to Fortune anonymously, the company is reviewing how this occurred.

TikTok entered the U.S. in 2016 but didn’t really gain popularity until 2017 when the Beijing-based company acquired Musical.ly—a rival app founded in Shanghai that flourished in the U.S. The CFIUS is now reviewing that acquisition under national security grounds, after lawmakers pressured congress to investigate whether the Chinese-owned app censors political content and shares data with Beijing.

According to Reuters, the CFIUS investigation has prompted TikTok’s parent company, Beijing Bytedance, to implement structural changes to further isolate TikTok’s operations and soothe any fears from the U.S. that the app is beholden to Beijing.

A Bytedance spokesperson told Fortune the details of the Reuters report is “largely accurate” but denied any of the structural changes are being made as a response to the CFIUS investigation and actually begun months before CFIUS began investigating the company.