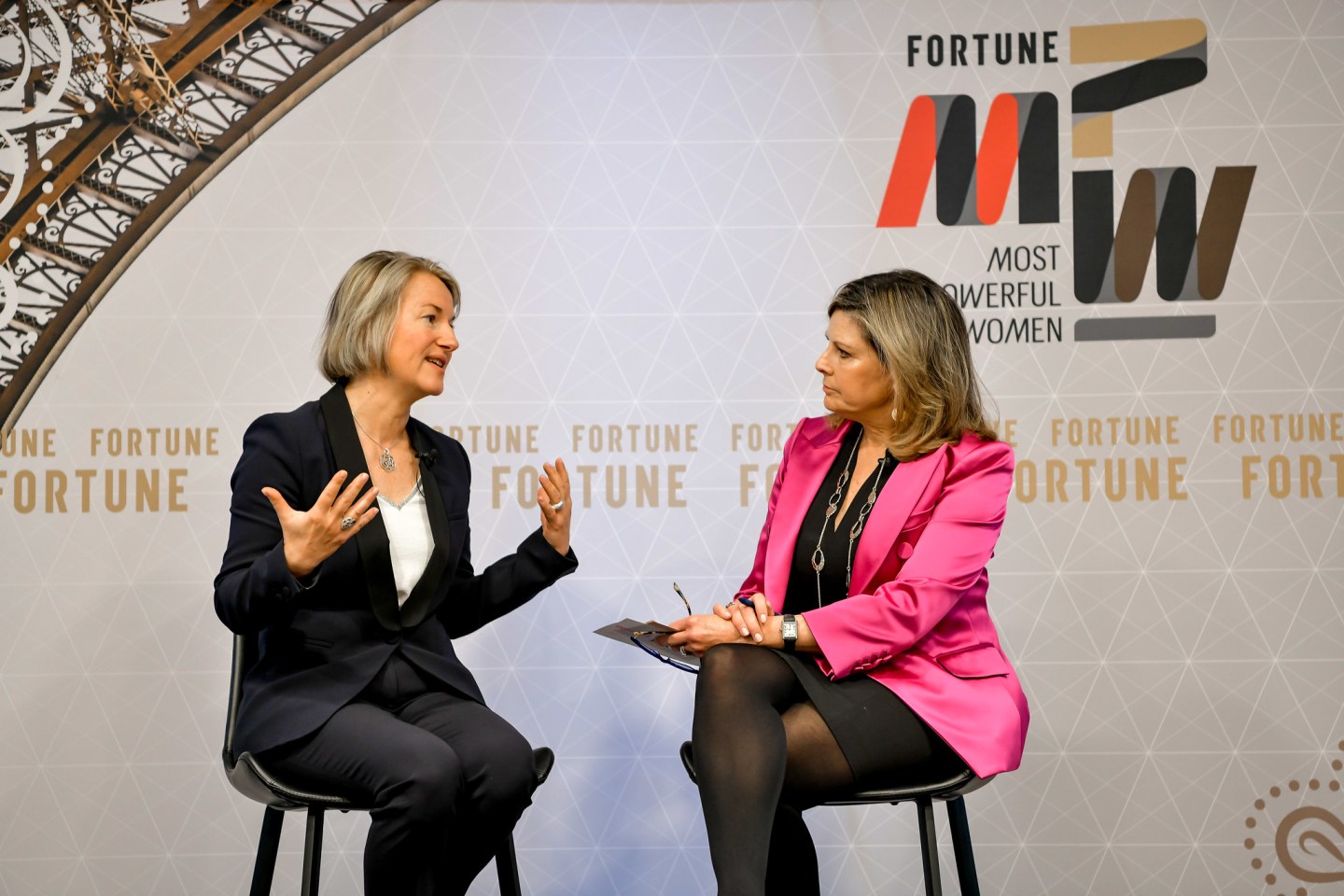 As CEO of Air France, Anne Rigail has pushed to cut the airlines' emissions, but says she's under pressure to do more—from her family
Stuart Isett for Fortune

Anne Rigail wasn’t surprised when “flight shame” suddenly became the movement that could threaten air travel—she’d already heard about it from her family.

Speaking at the Most Powerful Women breakfast at the Fortune Global Forum in Paris, the CEO of Air France said her “three activists” at home—her husband and two kids—had already raised the subject of the environmental cost of flying.

“It’s very good because I was not at all surprised by this whole thing about ‘flight shaming’,” she said. “I think it’s our biggest challenge.”

Known in Sweden, where the movement first gained momentum due to teenage activist Greta Thunberg’s refusal to take flights, as “flygskam”, the movement has pushed individuals to reassess the necessity of flying and consider alternatives, like the train.

However, right now that’s largely a pressure on European carriers, the executive said, not those from Asia or the U.S.

“They don’t feel the pressure from their customers,” she said.

The pressure on Air France is most intense from its corporate customers, who are evaluating their flying policies as part of their overall sustainability goals, Rigail added.

While aviation makes up less than 3% of the world’s global carbon emissions, those emissions come disproportionately from a relatively small handful of global “frequent fliers”, whose ranks are growing fast.

The airline business is also one of the world’s most difficult sectors to de-carbonize: as of now, there are no commercially available carbon-nuetral jets—if there were, “we would immediately buy one”, says Rigail—and bio-fuels remain a niche and expensive option offered at only a handful of airports.

But there are a range of other options, she says. The first approach has been to dramatically overhaul the fleet, leaning on newer and more efficient jets which use less fuel—five years from now, half of Air France’s fleet will consist of these newer models, Rigail said.

The airline’s other efforts include “eco-piloting”, which employs A.I. to help pilots choose the most fuel-efficient flight routes; reducing engine use while taxiing; designing lighter plane seats; reducing other sources of weight through transporting less water and other goods; and eliminating plastic waste on planes.

Within France, meanwhile, Rigail said that from this January, domestic flights will have their emissions pre-emptively offset—an acknowledgement that they could have taken the train, instead.

However, Rigail also acknowledged there’s more to be done. Asked if her activists were satisfied by the company’s efforts, Rigal offered a wry smile.