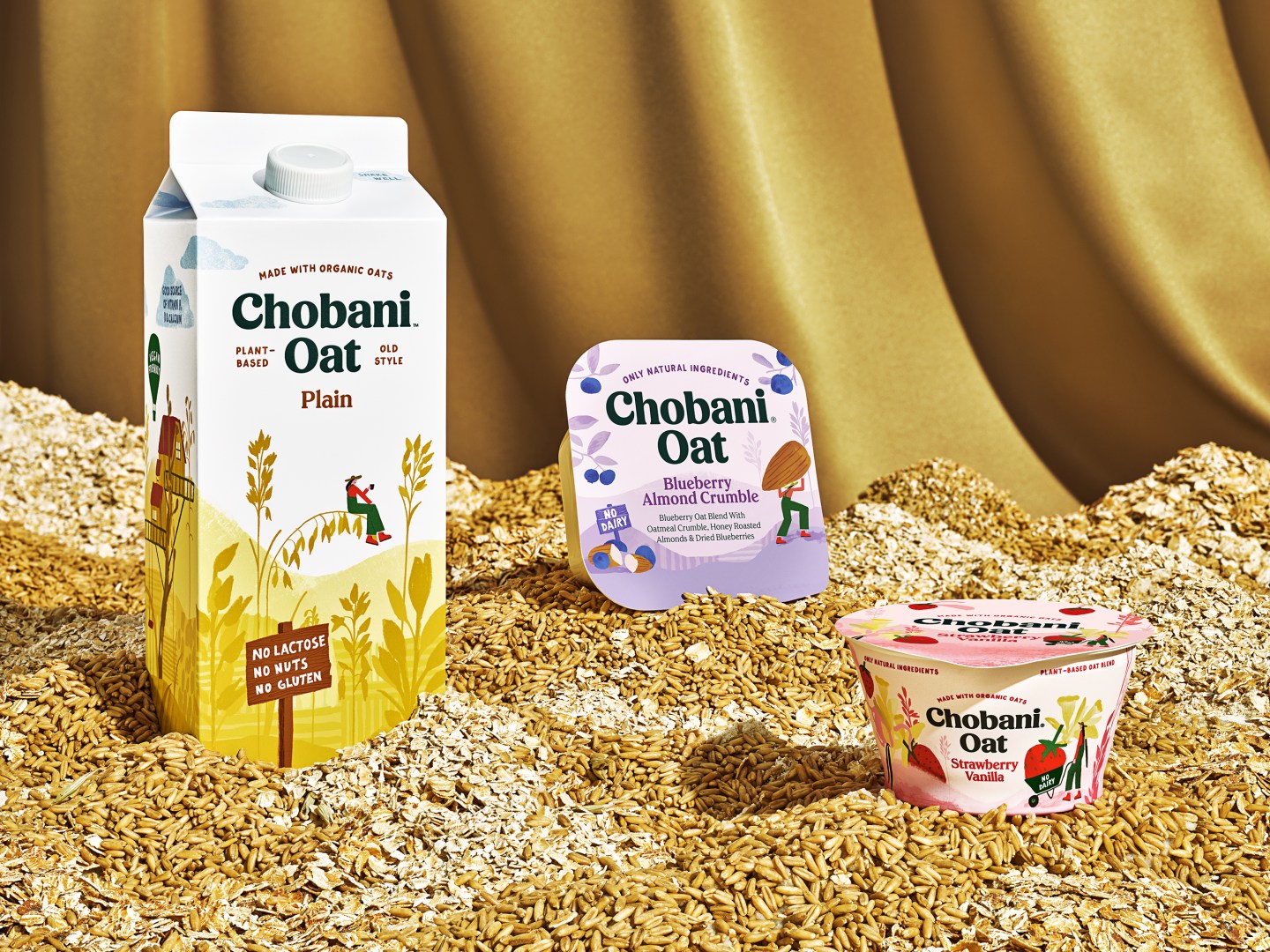 Chobani is launching oat milk, oat yogurts, and a line of dairy creamers.
Courtesy of Chobani

For the first time in its 11-year history, Greek yogurt maker Chobani is branching out beyond the yogurt aisle.

In what the company is calling “its biggest expansion ever,” Chobani is launching oat-based milks and yogurts, building on its push into plant-based alternatives to dairy that began in January with a coconut-based yogurt. The company is also rolling also debuting its own line of dairy creamers. The oat-based yogurts are expected to hit shelves in December, while the oat milks and dairy creamers should arrive in January of 2020.

For Chobani, which is the second-largest yogurt maker in the U.S., the new goods are not just a product launch, but instead represent a major step towards its goal of becoming more than a yogurt company. “We made yogurt for first 11 years but we always had the ambition to make better food for more people,” says Chobani president Peter McGuinness. “That transcends yogurt.”

McGuinness says the company decided to pursue new areas that it felt needed disruption—what he called categories “dominated by big food that are not putting out great products.” For example, McGuinness says the creamers in the dairy aisle—led by Nestle and Danone and their Coffee Mate and International Delight brands, respectively—don’t really contain dairy and are made with oil. Chobani is touting that its new creamers are made with real cream and contain five ingredients at most.

Chobani has learned about the coffee category through its café in Manhattan’s SoHo neighborhood, as well as through the investment its founder, Hamdi Ulukaya, made in specialty coffee roaster La Colombe, which has a line of ready-to-drink oat lattes. In December, Chobani, will roll out a line of oat-based products specifically designed to behave like steamed milk in hot coffee.

McGuinness said it’s a good moment for expansion since the company’s core yogurt business is strong. Chobani’s dollar sales are up 9% year to date, according to Nielsen. The company is approaching nearly 20% in market share in the overall U.S. yogurt category—which McGuinness says is a company record.

But Chobani’s evolution beyond animal-based yogurt comes at a time when the broader dairy category is struggling as consumers look for products they perceive as healthier and better for the planet. As a whole, the yogurt market is only slightly positive over the last three months; indicative of the struggle in the dairy aisle, Dean Foods, the biggest U.S. milk company, filed for bankruptcy protection last week.

Plant-based products meant to offer an alternative to dairy are starting from a low base but are fast growing. For example, McGuinness pointed to oat milk, which had $10 million in retail sales last year but is already at $50 million year to date. “We’re going to grow the oat market like we grew the yogurt market,” he says.

Chobani selected oats as the base of its new line because McGuinness says it is a better nutritional, environmental, and taste option than almond or soy. Chobani’s coconut-based yogurt, he says, is a bit of an indulgence because of coconut’s high saturated fat.

Inherent in the launch, however, is the tension that can arise when a dairy company expands into plant-based products. Chobani’s release noted that its “oat platform isn’t meant to be a replacement for dairy.” McGuinness said the company’s coconut yogurts had not cannibalized sales from its dairy products, and noted that many Chobani consumers are flexitarians—semi-vegetarians or vegans—who eat both regular and plant-based yogurt.

Chobani, however, won’t label its plant-based products milk or yogurt, instead calling them “oat drinks” and “oat blends.” “We think it’s dangerous and deceiving” to call oat-based drinks or blends milk or yogurt, McGuinness says. “ I don’t think it’s good ethical marketing in my opinion, and it’s not something we’re going to do.”