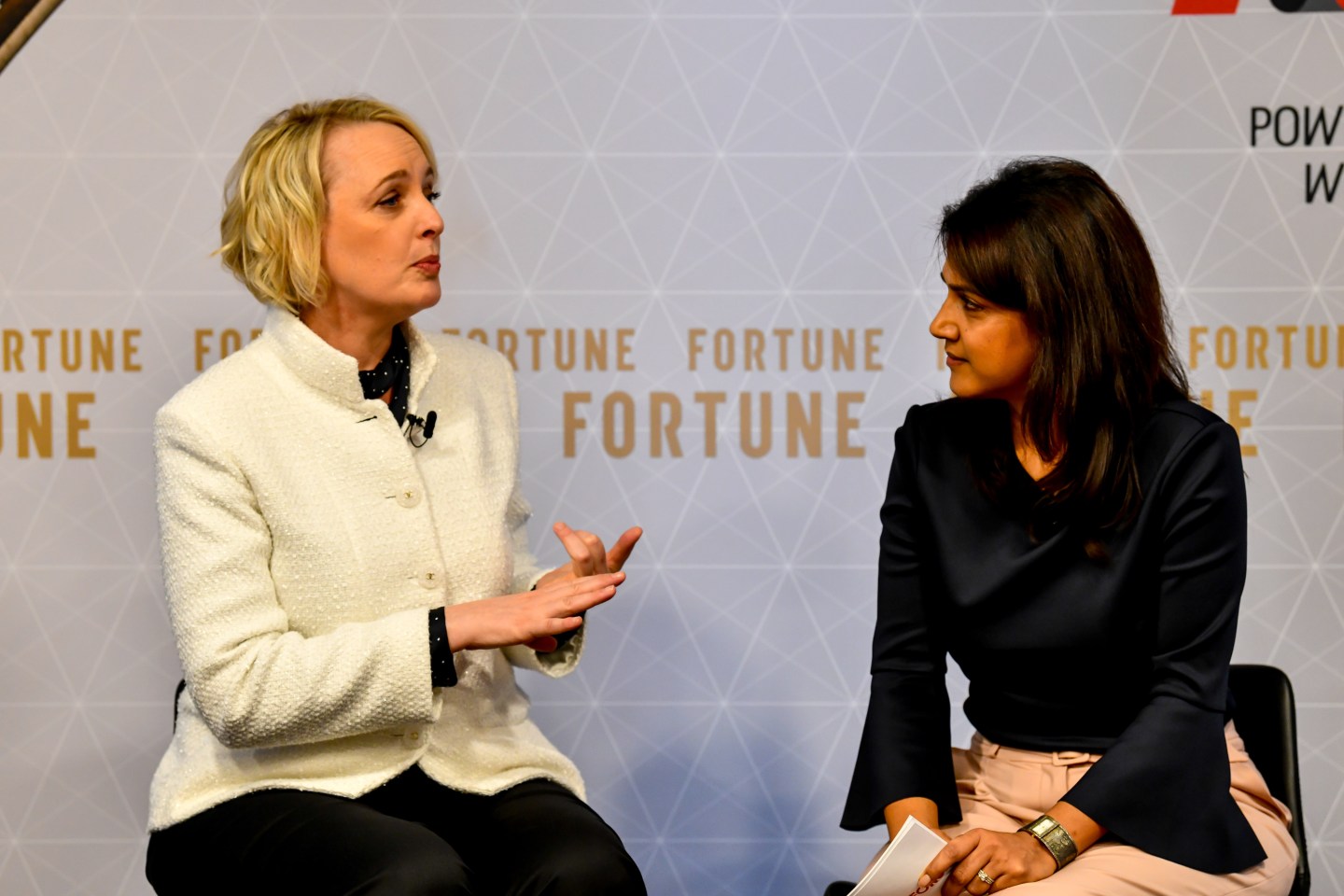 “You can be in Shanghai on a Thursday, London on Friday, and in bed at home by Friday night.”

That’s just one of the lessons Julie Sweet, the Washington, D.C.-based, newish chief executive officer of Accenture, says she has learned over the past few months. It’s been nearly 90 days since the exec took on the top job at the $43 billion consulting firm, following the death of former CEO Pierre Nanterme. (An interim CEO, David Rowland, had filled in prior to Sweet’s appointment and is now executive chairman of the company.)

Sweet, who played an integral role in pushing Accenture to become a leading consultant in the digital transformation strategies of some of the world’s largest companies, sat down for an interview at the Fortune Global Forum, which takes places this week in Paris. Over the course of the conversation, she shared some of her early lessons with the audience in the room, mostly comprised of women attending the two-day conference.

In her interview, Sweet focused on how much words matter today. The CEO recently gave some light, constructive feedback to a team at one of Accenture’s many global offices, and the employees took it so hard that she was peppered with questions afterwards, asking how they can address and alleviate the not-so-grave problems.

“A comment is no longer a comment,” said Sweet. “You have to be really careful about what you say and the questions you ask.”

The CEO, who started studying Chinese as a teenager, also talked about the rise of innovation in China. “We now have more clients going to China than to Silicon Valley [for innovation needs],” said Sweet. “What’s happening in China, it’s incredible.”

Accenture serves more than 90% of the Fortune 100, and three-quarters of the Fortune 500, in addition to many of the largest global players headquartered outside of the United States. Sweet talked about the importance of these corporations accessing ideas that come from different places, not just their own backyards. “What’s maybe being underestimated is that in every country in the world, there is innovation,” said Sweet.

The CEO spends much of her time traveling around to meet with clients and Accenture’s nearly half a million-strong workforce, but she says that taking on the top job hasn’t changed her priorities.

“The first week [on the job] was the first week of school for my daughters,” said Sweet, who has 11- and 13-year-old girls. “I said, I’m driving my kids to school, and I’m picking them up.”