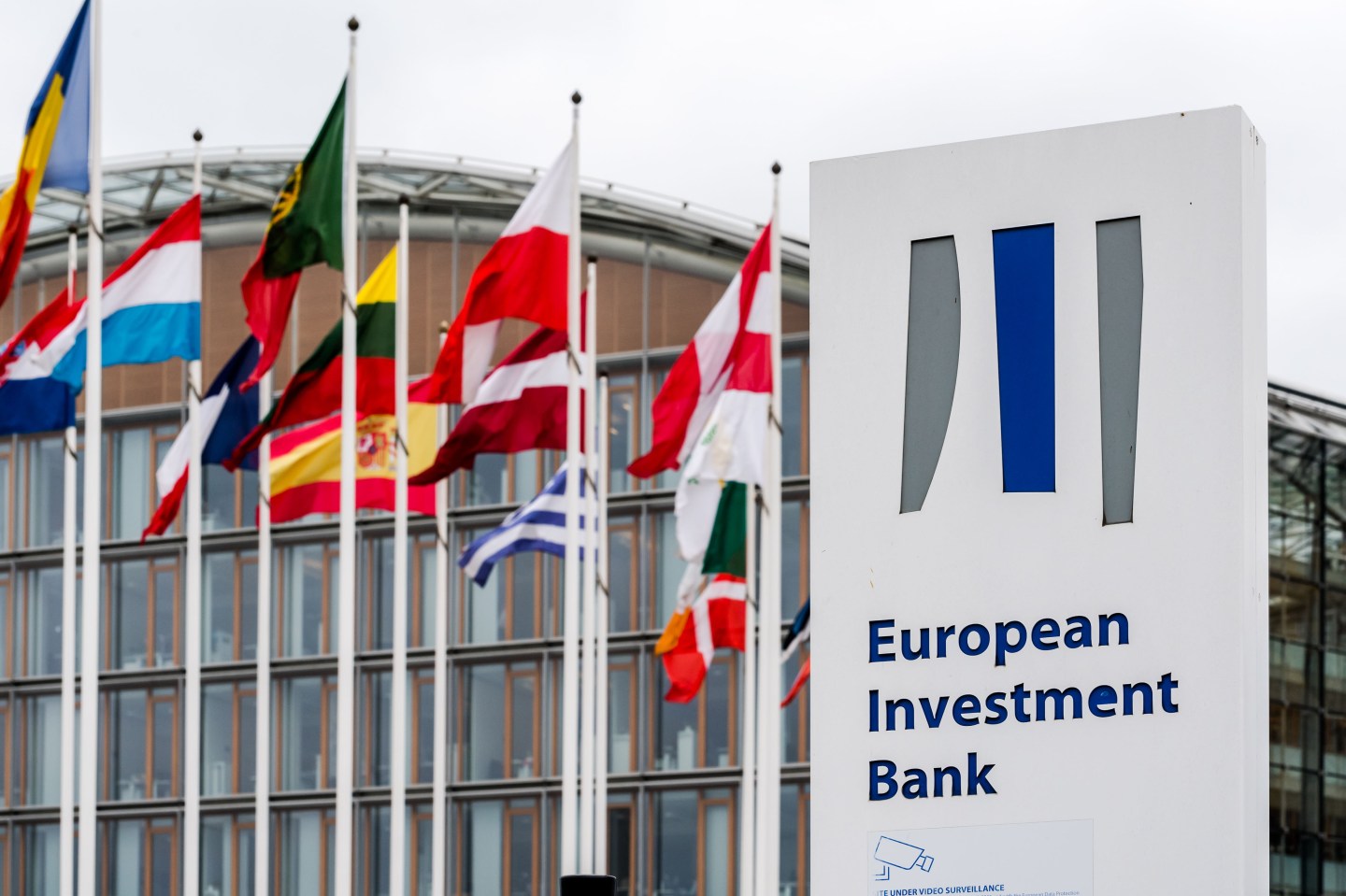 The European Investment Bank adopted an unprecedented strategy to end funding for fossil fuel energy projects, in a move expected to support Europe’s plans to become the first climate-neutral continent.

The board of the Luxembourg-based lending arm of the European Union decided at a meeting on Thursday to approve a new energy policy that includes increased support for clean-energy projects. The bank will not consider new financing of unabated fossil fuels, including natural gas, from the end of 2021.

With more than half a trillion dollars in outstanding loans, the EIB is the biggest multilateral financial institution in the world. Given the EIB’s market impact and influence over the lending strategies of investors, its decision could end up depriving polluting projects from other sources of financing as well.

The lender’s move to prioritize energy efficiency and renewable-energy projects will reinforce the Green Deal being pushed by Ursula von der Leyen, the incoming president of the European Commission. She wants the institution to become a climate bank and help unlock 1 trillion euros ($1.1 trillion) to shift the economy toward cleaner forms of energy.

“Climate is the top issue on the political agenda of our time,” EIB President Werner Hoyer said in a statement, calling the decision to transition away from financing fossil fuels a “quantum leap in its ambition.”

The EIB decision is part of a broader push across the EU’s most powerful institutions that’s catapulted the bloc to the forefront of global efforts to fight climate change. New European Central Bank President Christine Lagarde has pledged to make climate change more of a focus for the institution, which is considering adding climate-related risks to its stress-test scenarios, in what could potentially make exposure to high-carbon footprint projects a liability for the balance sheets of financial firms in the continent.

The 28-nation EU wants to step up its climate ambition in sync with the landmark 2015 Paris agreement to fight global warming, after the U.S. turned its back on the accord. With EU leaders considering committing to climate neutrality by 2050, Europe is a step ahead of other major emitters, including China, India and Japan, which haven’t so far translated their voluntary Paris pledges into equally ambitious binding national measures.

“For the EIB to stop funding fossil fuel projects is a game-changer that begins to deliver the EU’s vision for climate leadership as laid out in the Green Deal,” said Eliot Whittington, director of the European Corporate Leaders Group. “We need this to act as an unequivocal signal into the financial system to encourage other multilateral lenders to follow suit.”

Von der Leyen, who is due to assume her new job as head of the EU’s executive arm in the coming weeks, also wants the bloc to raise its current target of cutting emissions by at least 40 percent by 2030 from 1990 levels. That may involve a reduction in pollution in the order of 50% or even 55% to counter the more frequent heat waves, storms and floods tied to global warming. Fossil fuels such as coal, oil and natural gas are leading contributors to climate change.

The EIB deal resolved a two-month deadlock where Germany and some central European nations sought to soften the proposed rules and make certain natural-gas projects eligible for financing. The strategy adopted on Thursday allows for continued support for projects already in the works that are vital for Europe’s energy security as long as they are appraised and approved by the end of 2021.

“Hats off to the European Investment Bank and those countries who fought hard to help it set a global benchmark today,” said Sebastien Godinot, economist at the environmental lobby WWF Europe. “All public and private banks must now follow suit and end funding of coal, oil and gas to safeguard investments and tackle the climate crisis.”

The EIB new policy includes a new Emissions Performance Standard of 250 grams of carbon dioxide per kilowatt-hour, replacing the current 550 grams standard. That means that in order to qualify for financing, new power-generation projects have to be mitigated by various technologies that significantly improve their emissions performance, EIB Vice President Andrew McDowell said in a conference call.

The EIB, which last year invested more than 16 billion euros in climate-action projects, is preparing to play a larger role in spurring low-carbon technologies.

“This is not a last step, there are many more steps to come,” McDowell said. “But this is probably one of the most difficult parts of this journey that we’re having to take.”