Why the Midwest Is a Hotbed for Innovation 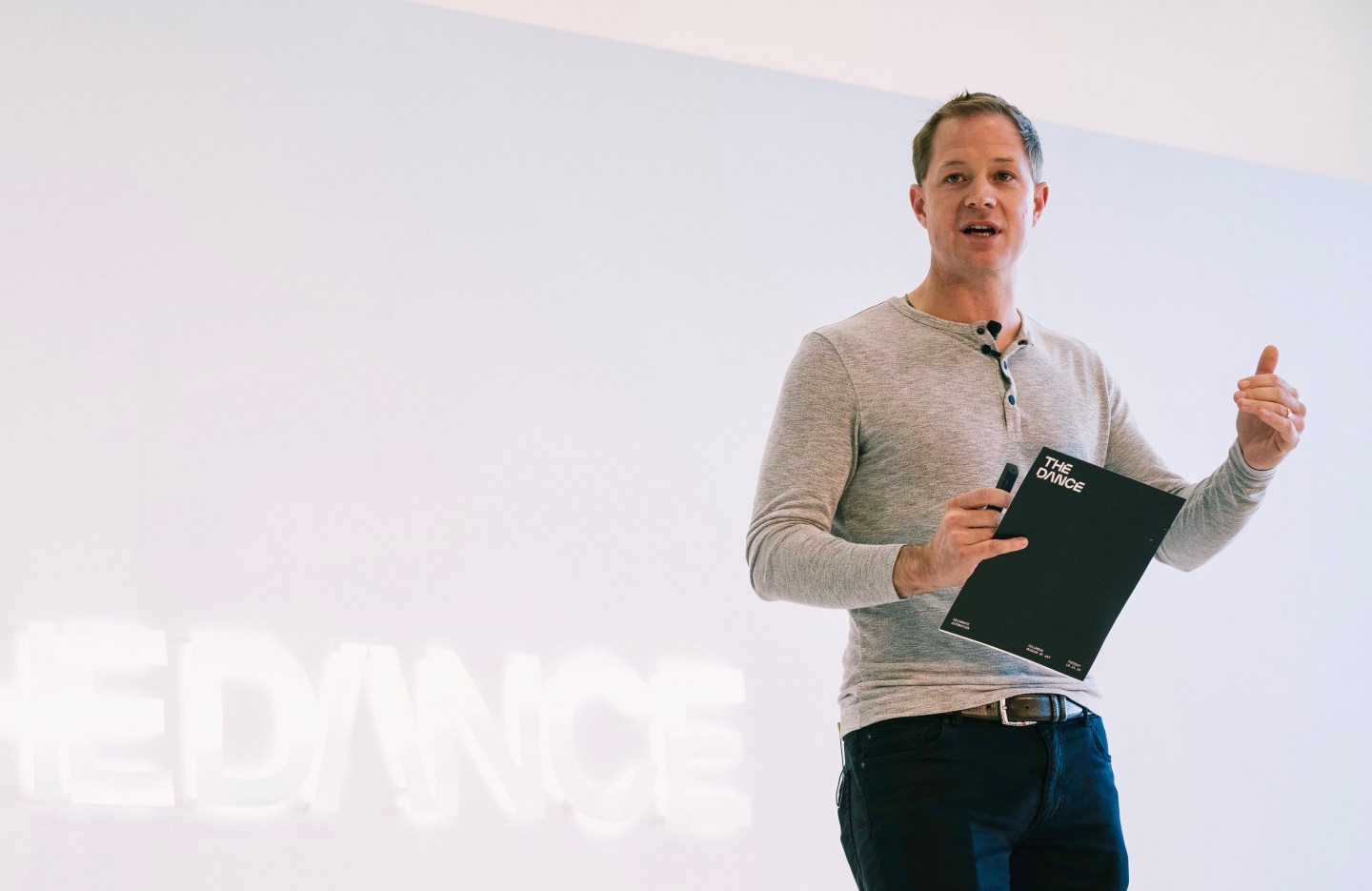 The first thing you might notice about Chris Olsen’s profile on the Drive Capital website is the photo of his daughter crying in front of moving boxes.

That picture was taken the day Olsen and his family were supposed to move from San Francisco to Columbus, Ohio. Olsen had left his job at Sequoia Capital to take a risk with investor Mark Kvamme and co-found Drive Capital, a new venture firm based in the Midwest.

Nine months and 230 pitch meetings later, Kvamme called him and said that the major investor they were counting on had changed their mind and would not be investing in Drive after all.

“I turned around to deliver the blow to my wife and she happened to snap this shot of my daughter at that very moment,” Olsen writes on the Drive Capital site. “The photo perfectly captured my emotions.”

Olsen headed to Ohio anyway. Years later, he still thinks about that moment and says raising $250 million for the firm’s debut fund was “surprisingly hard.” Even though Olsen and Kvamme were both experienced investors who hailed from Sequoia, it proved difficult to sell potential backers on their investment thesis that the Midwest is a hotbed for innovation.

“I can’t tell you how many [limited partners] said to us, ‘Chris, Mark, we love you guys. If you stay in Silicon Valley, it’s easy for us to invest. But you’re going to the Midwest which is frankly a place where no venture firms have been successful,” Olsen tells Term Sheet.

That first fundraise happened five years ago. Just last week, Olsen and his partners raised $350 million for their third venture fund. In this wide-ranging conversation, Olsen discusses the state of innovation in the Midwest and why he believes Silicon Valley is no longer the king of wealth creation.

This Q&A has been edited for clarity and length.

TERM SHEET: You were at Sequoia for six years. How did Mark Kvamme convince you to leave Sequoia and join him in Columbus to start a fund?

I was probably the hardest recruit because when I grew up in Cincinnati, the Midwest was not what it is today. It was a very conservative place where startups were very much frowned upon. For me, it really came down to the data. For me to come to Ohio and start Drive, it truly had to be the opportunity of a lifetime. While it was a crazy idea when he first proposed it to me, it was something where every bit of research pointed to the fact that he was correct — that there was a lot of opportunity here. It was clear that we had the opportunity to do in the Midwest what Sequoia did in California in 1972, which is to invest in the very best market for entrepreneurs to build businesses.

The nuance is not we’re not a geographical firm. It’s not like we just throw out the net and meet with all the companies based in the Midwest. That’s not how we invest. We invest on a thematic basis into industries that have multi-billion potential, and we only invest in the market-defining company. We invest in categories including robotics, insurance, healthcare, and artificial intelligence.

Our thesis though is that those companies are more likely to be built in the Midwest than anywhere else because the raw ingredients for success are more accessible to them — access to engineering talent, access to proximity to potential customers. All of those things are crucial to them being successful. The fundamental difference between us and the regional funds is that we’ve invested in companies from other places and we’ve moved them here. Entrepreneurs are moving here because they believe that if they put their company in the middle of the country, they’ve got a better shot at being successful.

The Drive Capital IQ Test is meant to find out if someone is a good fit to join a startup. The first half is a personality assessment and the second half tests your logic and reasoning skills. Why did you develop it and what kinds of insights does it give you about a person?

The challenge for our startups [that are based in the Midwest] is that you need to convince a population of people that joining a startup is not that dangerous. If you’re in Silicon Valley, everyone works at a startup. It’s more popular to say that you work at a startup than at a big company. What we found is that if we can get people to understand and learn more about startups, they can understand the difference between dangerous and scary.

It may not feel very scary to work at a big name company, but it’s actually pretty dangerous if you’re at a company like Best Buy or Sears. Working at a startup might be scary because the balance sheet is a lot skinnier, but it’s not actually that dangerous because you’re signing yourself up to develop skills that will be more valuable tomorrow. The test is designed to show people based here that they might be excellent candidates to join startups.

You said you will only invest in a company if it’s the No. 1 company in a certain category. What happens in a crowded sector?

If we can convince ourselves that it’s the market-defining company, we’ll do it. Insurance is a prime example. We looked in the insurance market for over a year and a half. Ultimately, we didn’t see a company in that world that was innovative or building anything differentiated. So we found a group of founders who were excited about pursuing a new concept in the space, and we decided that the right thing to do was to back them and give them some office space. That started with a half a million dollar investment into what is now Root Insurance, which is valued at $3.6 billion today.

You are still the largest shareholder in Root Insurance. There are now at least five insurance startups valued at more than $1 billion, including Root. Why is the insurance category so hot right now?

Technology is enabling different data sets to be very quickly integrated and ingested into pricing models. The startups have an advantage over the incumbents because they’re willing to experiment with new models of risk, and when they don’t work out, they’re able to pivot very quickly and find a way to make them work. I think there’s this perfect combination of technology along with risk to find innovative products that are better for consumers.

What other sectors are you watching closely?

Robotics is at the top of the list. We’ve made investments in five different robotics companies. We’re close to making our sixth. It’s an incredibly exciting time where machine labor can now start to displace physical labor. In the IT era, you’ve seen technology displace knowledge labor. Now you’re able to displace manual labor. The thing that’s incredibly appealing is that there are entire new industries being built on the backs of these robotics companies that were previously deemed impossible.

MIT published a report that says Americans have valid concerns about whether robots will take their jobs. Outside of Silicon Valley, there’s a general fear of technology like artificial intelligence and autonomous vehicles. What is the sentiment in Ohio and what conversations are you having with your founders about how their technology may affect the general population?

We’ve certainly seen history frame new technologies in a way that’s uncertain and scary. I think robots are the equivalent of what cars were to the horse-and-buggy era. What emerged out of the invention of the automobile is a tremendous increase in jobs and sectors that we previously didn’t even know existed all the way to point where you think about services like Uber and Lyft that are now applying mobile technologies to vehicles. That’s a concept that no one could’ve even imagined in the past.

As much as this will be disruptive to some of these rote, repetitive or potentially dangerous tasks that we’ve asked humans to do, there’s an opportunity for robots to displace that labor. And then it frees up human labor to work on the things that are likely to drive entire new industry.

You continue to invest in frontier technology. Have you invested in cryptocurrency or blockchain technology?

We have not invested in any of the cryptocurrency things, but we have invested in some very far-out human interfaces with machines, both in robotics and voice.

Are you bullish on Elon Musk’s Neuralink (a company focused on developing devices that can be implanted in the brain)?

I think the concept that human interfaces have been limited to the number of fingers that we have is a very exciting place to invest. The opportunity for founders and inventors to develop new interfaces is incredibly compelling where we have the opportunity to use our entire intelligence to interface machines.

As someone who has worked with both startups in the Midwest as well as Silicon Valley, are you still seeing startups with more reasonable valuations or are things getting pretty bubbly across America?

As I look across our portfolio, I don’t know that there are discounts to be had anywhere in the world. What I see is that great companies get market valuations no matter where they are. And we’ll gladly pay those market valuations because when we’re right, those companies aren’t worth a few hundred million dollars — this is the first time in our lives we’re seeing the potential for companies to be worth a trillion dollars.

It’s been more than 10 years since you started in venture capital. How important do you think capital efficiency is in a world of seemingly unlimited funding?

Capital efficiency is a very valuable ingredient for companies that are in industries where that’s possible. What’s exciting today is that there are more capital-intensive industries that are also now accessible because there are larger pools of money available. There are great examples of capital efficient businesses. There are also great examples of enormous market companies like Uber that required far more venture capital — hundreds if not billions of dollars — to go out and capture that market opportunity. For the first time, as an entrepreneur, you can use that capital as a way to build business models that were previously impossible. It doesn’t mean that everyone should build an inefficient business. It just means that as an entrepreneur, you should use whatever tools are available to you.

Silicon Valley is still touted as the greatest wealth-generation machine in the world. Do you really believe this will shift and wealth will be generated elsewhere in a decade?

What advice would you give to someone who’s thinking about building a company outside of the coasts?

I think you fundamentally have to put your company where it has the best shot at being successful. If your customers are based in Silicon Valley, you should put your business in Silicon Valley. But if your customers are based in Arizona or Chicago or whatever other corner of the world, that’s where you have to go. Ultimately, that’s going to be your edge for long-term success.