Should Men Share Their Salary Info With Female Colleagues? 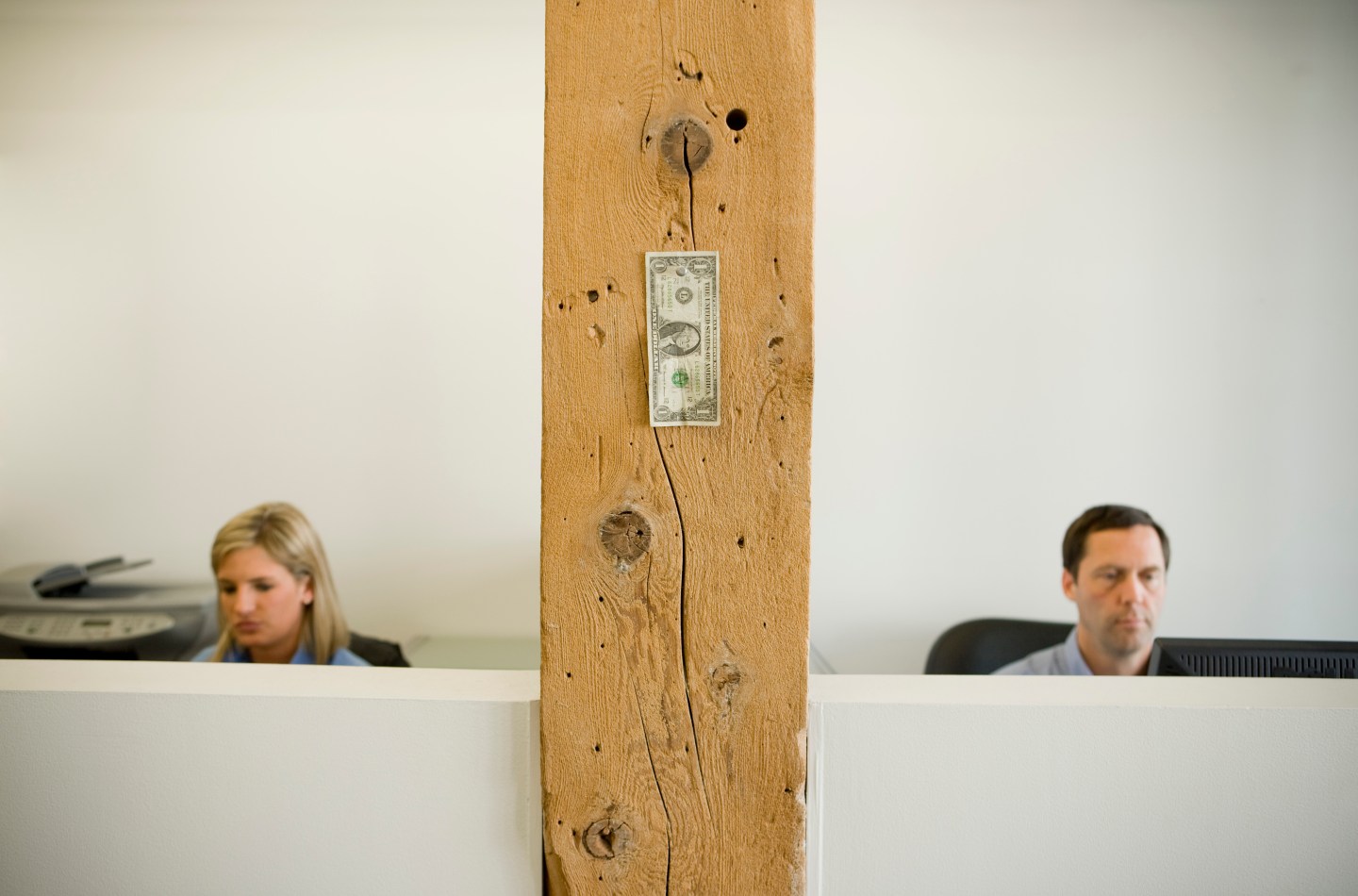 Good morning, Broadsheet readers! Discrimination lawsuits do lead to more diversity at work, House Democrats get ready for the ERA, and a U.K. group wants women to be able to access the salary info of a ‘male comparator.’ Have a wonderful weekend.

- Salary solidarity. Yesterday, Claire wrote about the impact of company-wide pay transparency and its proven power to narrow the gender pay gap.

That's all well and good (very good, actually), but where does that leave individual employees, who don't have the power to dictate company policy? This Atlantic story about Samira Ahmed, the BBC television presenter who is suing the broadcaster over alleged pay discrimination, suggests one possible answer to that question.

Ahmed's case is based largely on the fact that she was paid £440 for presenting a 15-minute show on BBC News, while a male presenter, Jeremy Vine, was paid £3,000 for his work on a similar 15-minute show on BBC One. She learned of this disparity in part because of a 2017 shift in BBC policy that required the broadcaster to be more open about presenters' salaries—but also because Vine, her “male comparator,” opted to share information with her.

The Atlantic notes that the Fawcett Society, a U.K. equal-pay group, is going beyond calling for companies to release aggregated pay data. Instead, the group wants "greater pay transparency at the individual level, backed by penalties for employers who do not cooperate. Under its plan, every employee would have the right to demand pay data from a 'male comparator' within 20 days, using a similar mechanism to a Freedom of Information Act request."

It's an interesting idea. But regardless of whether such a rule ever goes into effect in the U.K. or elsewhere, this is something employees—specifically white male employees—can take into their own hands, Fawcett Society CEO Sam Smethers tells the magazine: "All you’ve got to do is say: This is what I’m earning. Share your pay information with your colleagues. It’s a simple act of solidarity.”

- Beyond a reasonable doubt. Do lawsuits improve gender and racial equality at work? An analysis of 171 lawsuits filed from 1997 to 2008 found that discrimination lawsuits "produced measurable gains in managerial representation" for black women, white women, and black men. Plus, "when lawsuits led to negative stock returns, companies posted larger increases in diversity." Harvard Business Review

- Welcome to the race, Bloomberg. The New York Times looks at Michael Bloomberg's history with women ahead of his expected presidential run. (A sample of a past Bloomberg comment: "If women wanted to be appreciated for their brains, they’d go to the library instead of to Bloomingdale’s.") "Mike has come to see that some of what he has said is disrespectful and wrong," Bloomberg's spokesman said. New York Times

- Meet the MDs. A record 29% of the 465 Goldman Sachs employees just promoted to managing director are women. The new class of MDs represents slow but steady progress for the bank, where women make up almost half of junior bankers but around 20% of partners. For more on the changes at Goldman, check out Fortune's Jen Wieczner's new profile of CEO David Solomon, the exec driving the diversity push and other big moves at the bank.

- Photo shoot. How exactly did the female employees of Fisher Investments end up in full-page ads for their employer? At a last-minute meeting, female employees were asked to pose for a group photo. Some publicly said they were eager to defend their workplace,  others said they felt pressured to participate. Bloomberg

- Get out the vote. On her first day as Bolivia's caretaker president, Jeanine Añez proposed new elections. “I will not accept any other path forward” than "clean and transparent" elections, she said in a televised address. Wall Street Journal

- Ready for the ERA. As Democratic wins in Virginia give the Equal Rights Amendment the potential to finally reach the number of states needed for ratification, House Democrats are getting ready. A resolution passed by the Judiciary Committee would remove the deadline on ratification, which was 1982. Vox

- Be direct. Fortune's Phil Wahba interviewed Heidi O'Neill, president of Nike Direct, about the company's effort to garner a bigger share of its sales from its own stores. She shoves brick-and-mortar doomsday predictions aside, saying stores are crucial in today's retail environment, but they need a big assist from technology. Fortune

For Trump, Yovanovitch's testimony brings a moment of reckoning on gender Washington Post

"Making movies is like giving birth. It’s really hard, and then three months later, you’re like, look at our baby!"