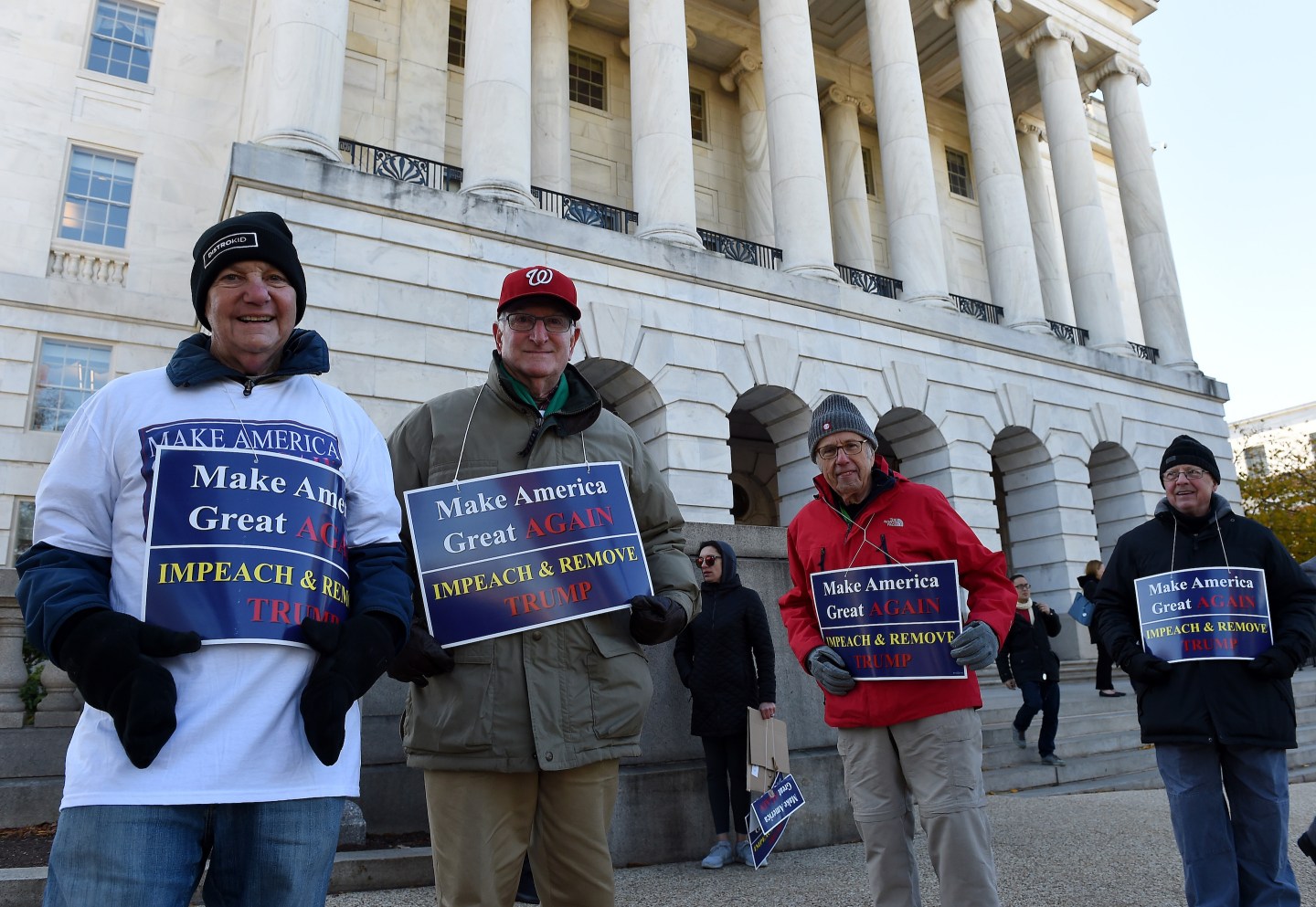 The House impeachment inquiry revolves around Trump asking the Ukraine president for a “favor” in a July phone call, which has been corroborated. On the call, Trump was seeking an investigation of Democrats and 2020 rival Joe Biden, while withholding almost $400 million in congressionaly-approved military aid, according to testimony.

House Speaker Nancy Pelosi (D-Calif.) says the president’s actions amount to “bribery” for asking a favor in exchange for his releasing U.S. military aid to help the Ukraine fight Russia. Bribery is an impeachable offense spelled out in the Constitution.

Trump calls the inquiry a “hoax” and a “sham” and his campaign has argued the probe is helping him, citing a spike in contributions and enthusiasm.

Rick Gorka, a spokesman for the national Republican Party and the campaign says that pushback efforts have generated free publicity worth nearly $10 million.

He’s also reporting a surge in volunteers and says the response “we’re receiving from the field has been tremendous.”

At the same, Trump has his critics within the GOP, including those challenging his reelection.

Walsh has centered his longshot bid squarely on Trump. He’s become a vocal critic of the president, saying Trump is unfit for the office.

Both Walsh and Weld have struggled so far to have largescale fundraising success. Another would-be primary challenger, former South Carolina governor and congressman Mark Sanford, dropped his bid Tuesday.