Gift Guide: These Whiskey and Bourbon Picks Will Keep You Toasty This Winter 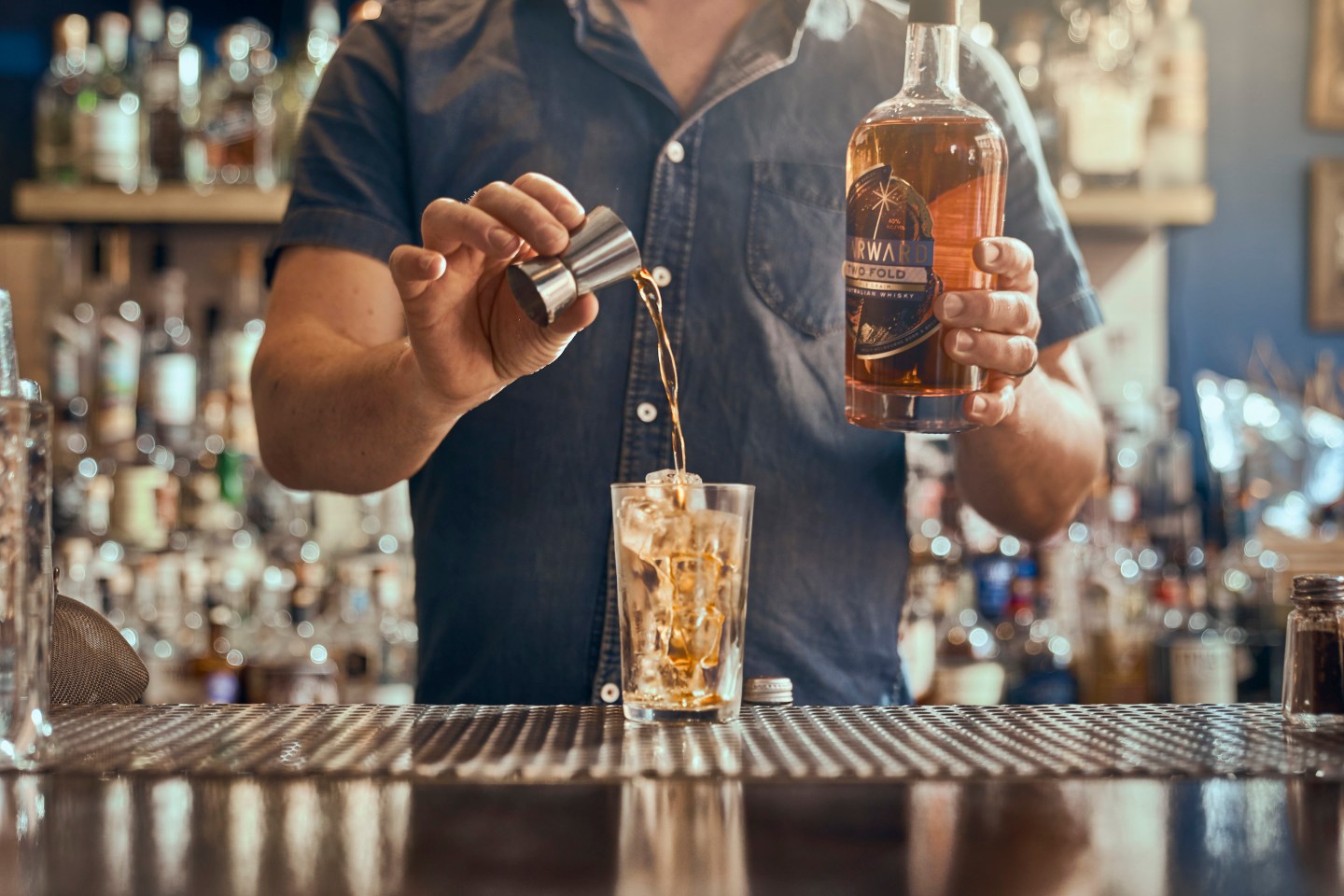 It is whiskey season, in other words, a season in which it just so happens that a lot of distilleries like to bring their latest new products and limited edition releases to market.
Starward

For a certain kind of drinker, we’re finally in the sweet spot. Though long past warmer days filled with Aperol spritz and crisp Mexican lagers, we’re still far from those moments when eggnog might feel appropriate and only on the bubble of mulled wine season. We’re right in the middle, where the weather is turning but hasn’t yet turned, wherein we need something bracing, warming, and flavorful to stand up beside a new season filled with the sights and scents and shawl collar cardigans of fall.

It is whiskey season, in other words, a season in which it just so happens that a lot of distilleries like to bring their latest new products and limited edition releases to market. Whether you’re looking for a warming dram to sip fireside, something unique to pour for holiday guests, or a special bottle to gift the whiskey lovers in your life, we’ve sampled the season’s best so you don’t have to—though you definitely should.

Australia produces some pretty fantastic whiskies, though consumers north of the equator likely wouldn’t know it. Melbourne-based Starward is among the first Australian distilleries to establish a permanent foothold in the U.S., first with its flagship Nova single malt—which arrived in the U.S. in May of this year—and now via Two-Fold Double Grain, a 60-40 blend of wheat and malt whiskies aged in Australian red wine casks.

That unique wine-cask maturation provides just one of the many nuances that differentiate Starward’s whiskies, but what makes Two-Fold an excellent addition to any back bar is its easy-drinking quality—think red fruits (from the wine casks), a touch of honeyed sweetness (from the wheat), and warm spice and vanilla notes converging in a highly sippable mélange. At a suggested retail south of $35, it’s a relatively painless way to shake up your whiskey collection. SRP: $33.

Since opening the first working distillery in Dublin in more than a century back in 2015, Teeling has lived at the fore of Ireland’s ongoing whiskey renaissance, and its new Single Pot Still is the first whiskey distilled entirely in Dublin in roughly 50 years.

A mash bill split 50-50 between malted and unmalted barleys pays tribute to a traditional Dublin style, imparting stewed fruits and classic pot still spiciness rounded off with a distinctive creaminess thanks to all that unmalted barley in the mix. It’s not just an homage to the whiskies of Dublin’s long-ago golden age of distillation, but a standard-setter for a new generation of Dublin distilleries currently coming online. (Note: It will be available for pre-order Nov. 15 and widely available at retail Jan. 1, 2020.) SRP: $65.

Every so often, Glendronach Master Blender Rachel Barrie hand selects some casks from the Highland distillery’s vast warehouses and puts together a truly unique bottling, and every time she does, she takes consumers on an epiphany-evoking journey to the very edges of what whisky and wood are capable.

Blended from whiskies that have spent years slowly maturing in both Pedro Ximenez and Oloroso sherry casks, Glendronach Batch 8 is a rich, full-bodied, decadent whisky, pushing notes of chocolate, dates, and raisins on the palate with some coffee and tobacco on the finish. It’s dessert, in other words, served in a richly-paneled sitting room next to a roaring fireplace as snow gently collects on the surrounding windowsills—coziness in a glass. SRP: $95.

At a time when limited edition or hard-to-find whiskies regularly hit retail shelves with multiple-hundred-dollar price tags, Four Roses continually delivers something that shouldn’t seem so novel: value. The distillery’s 2019 Limited Edition Small Batch expression is its first special release to include 21-year-old bourbon in the recipe (it also includes whiskies aged 15 and 11 years). The resulting liquid is simply great bourbon stripped of any superfluous frills.

While Four Roses hangs its reputation on its 10 distinct bourbon recipes emphasizing a range of lighter tasting notes, on both nose and palate this whiskey is all about the American white oak in which it has been aged. It’s a mellow, elegant expression of all the vanilla, baking spice, and toasted wood notes that can only be imparted to a whiskey via time spent in the barrel. Some of these bourbons have spent quite a long time there, and $140 in exchange for 21 years makes for a pretty good deal. SRP: $140.

Whatever Angel’s Envy may lack in history (the Louisville-based distillery released its first whiskey just 8 years ago) it more than makes up for in know-how and style. At Angel’s Envy, house style generally translates to small batch whiskies finished in port wine casks.

For the distillery’s annual cask strength release, cofounder Wes Henderson and his son Kyle hand-select casks they believe are maturing exceptionally well and subject them to an extended aging and finishing process in port casks, then bottle the resulting whiskey at cask strength (in this case a full 61.2% ABV). Even at high-proof notes of butterscotch, honey, apple, and peach shine through, but if it runs a little hot for your taste add a splash of water and watch the flavor complexities of a well-crafted bourbon unfurl. SRP: $200.

The Scottish island of Islay produces some some of the world’s most celebrated whiskies, and Ardbeg produces some of the best whiskies on Islay. But while Ardbeg fans anxiously await—and then aggressively jockey to obtain—the distillery’s annual limited edition bottles, it’s rare that we get a new permanent aged addition to Ardbeg’s lineup (this is the first in two decades, in fact).

Traigh Bhan (pronounced “Tri-Van”) is named for a beach in Islay known for both its soft white sands and its jagged volcanic rocks. Like its namesake, Traigh Bhan is both seductive and rough-edged, soft on the nose and sharply flavorful on the tongue as pointed notes of wood smoke, salt, and sweet grilled pineapple burst on the palate. Going forward this 19-year-old will be made available in annual small batches. SRP: $300.

—The Italian prison where inmates learn winemaking
—Michelob was really early to this whole marketing ‘beer as wellness’ trend
—Behind the scenes at the largest beer competition in the world
—This Los Angeles company wants to balance your chakras with cocktailsFollow Fortune on Flipboard to stay up-to-date on the latest news and analysis.