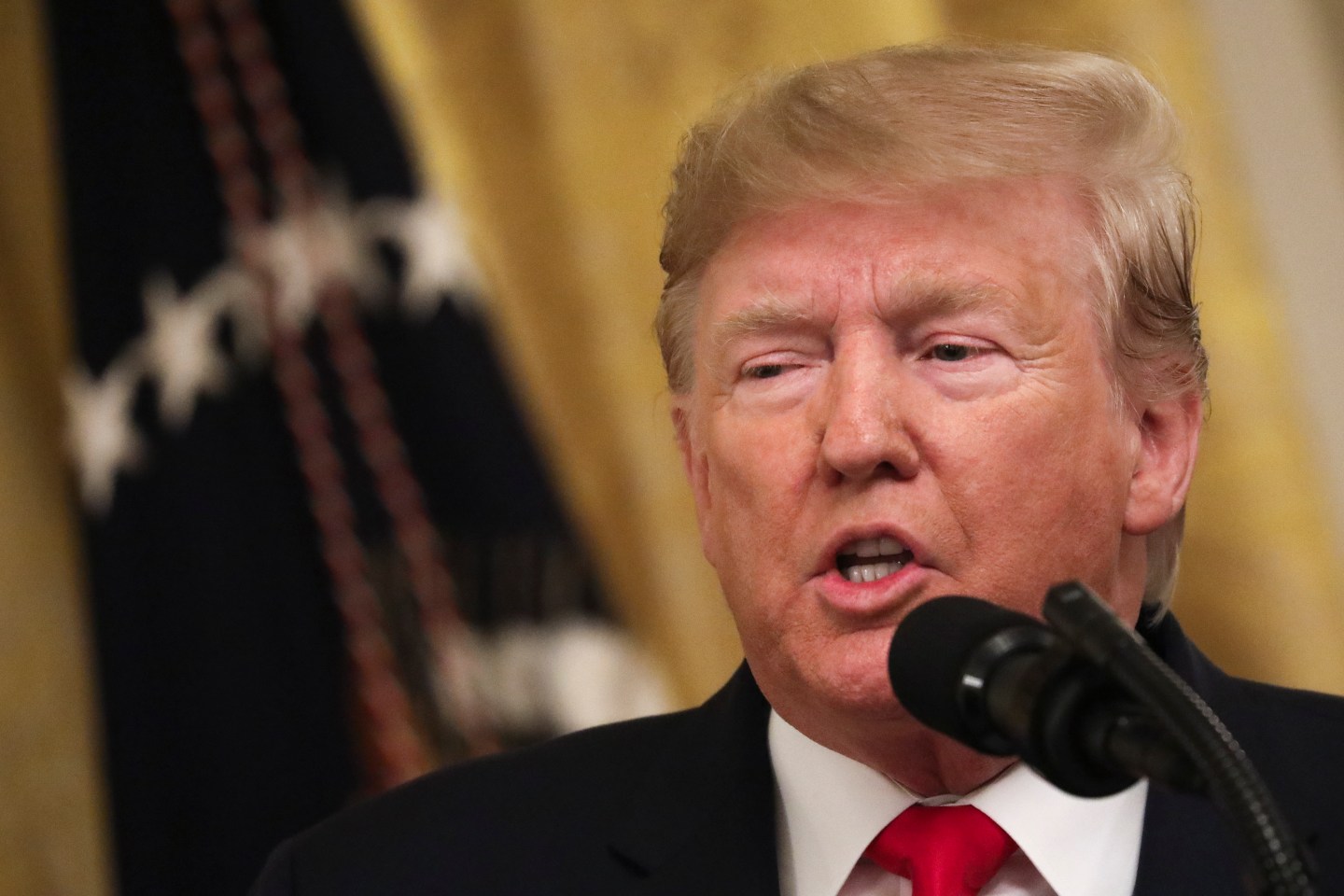 President Donald Trump was ordered by a New York judge to pay $2 million in restitution after he admitted to using his charitable foundation to raise money for political purposes during the 2016 campaign.

The restitution is based on New York’s claim that the Trump Foundation held a televised fundraiser in Iowa to raise money that was ultimately distributed by the campaign for political purposes, instead of by the charity. Trump had claimed the case was politically motivated, but that argument was rejected a year ago when Scarpulla denied his request to dismiss the lawsuit.

New York Attorney General Letitia James said in a statement on Thursday that separately she reached a series of agreements with Trump and his charity to resolve the state’s claims without a trial. Under the deals, she said, Trump “admits to personally misusing funds at the Trump Foundation.“

Trump also agreed to restrictions on future charitable service and to alert James’s office if he starts another charity. The settlements also require mandatory training for Trump’s children, Donald Trump Jr., Ivanka Trump, and Eric Trump, who were on the charity’s board.

The law offices of Alan Futerfas, which represents the Trump family in the case, didn’t immediately respond to a request for comment.

James had earlier reached an agreement with Trump that he would shutter the foundation and distribute the remaining money to charities chosen by her office. Thursday’s ruling lists the charities, including Meals-on-Wheels, United Negro College Fund and the U.S. Holocaust Memorial Museum.

Trump also agreed to reimburse $11,525 to the foundation for its use of charity money to buy items at a charitable auction, according to the ruling.

The judge declined New York’s request for Trump to pay more than $5 million in damages, in addition to the restitution. The judge cited the restrictions under Trump’s agreements with James for not imposing the damages award.

The restitution is less than the $2.8 million plus interest sought by New York. The judge said a lower amount was justified because the money Trump’s campaign improperly distributed had ultimately made its way to charitable causes. Still, James praised the ruling.

BREAKING: We’ve secured a court order forcing President Trump to pay $2M in damages after admitting to illegally using the Trump Foundation to help him intervene in the 2016 presidential election and further his own political interests.

New York has argued that neither Trump nor his three eldest children provided evidence rebutting the state’s claims that they failed to meet as a board, oversee grant-making or implemented policies to protect the charity’s funds from abuse.