Trump Can’t Block New York Tax Returns Subpoena, But He’s Not Out of Options Yet 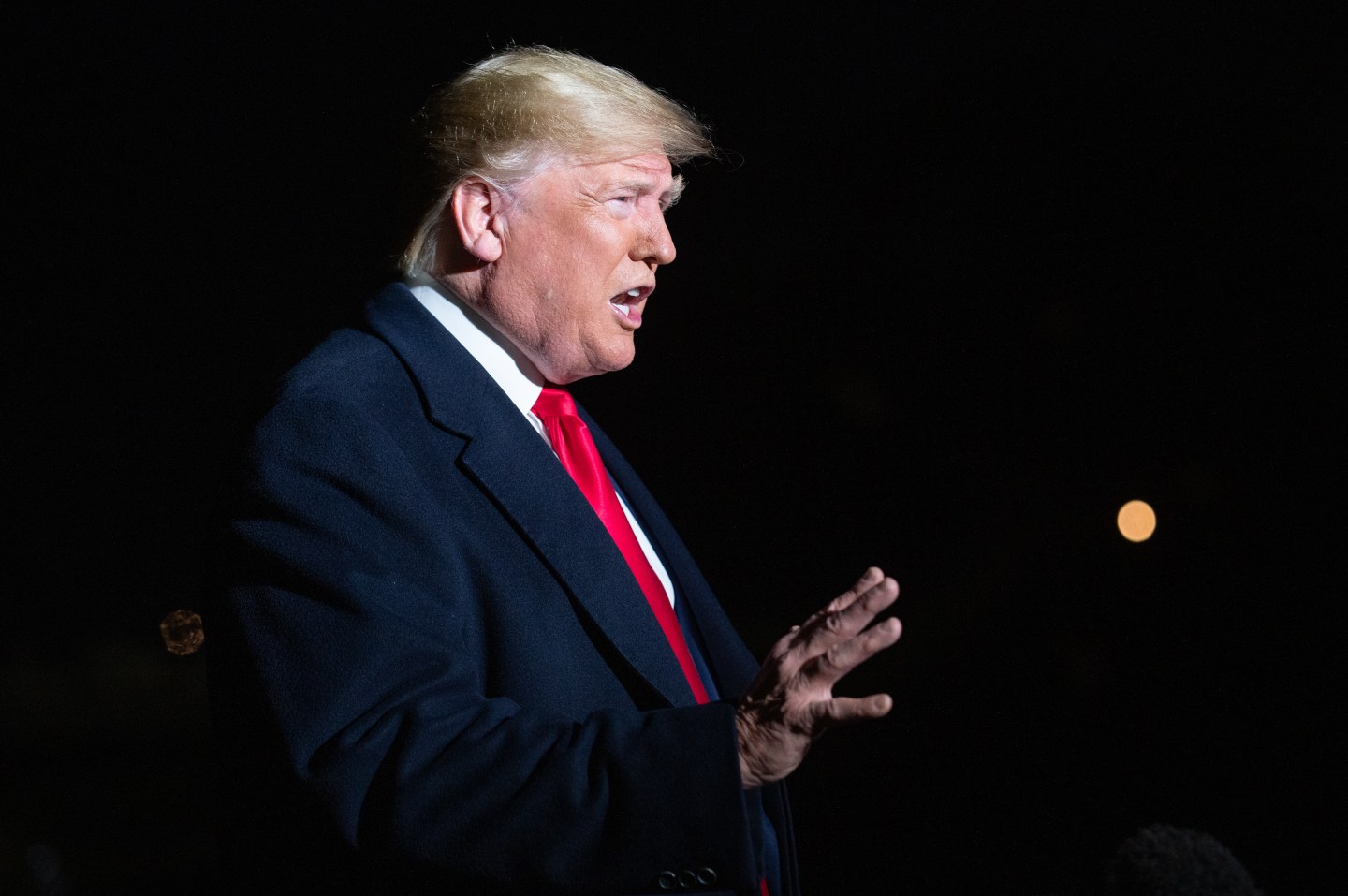 U.S. President Donald Trump speaks to members of the media before boarding Marine One on the South Lawn of the White House in Washington, D.C., U.S., on Saturday, Nov. 2, 2019. According to economic models, an enduring U.S. expansion puts President Donald Trump on course to win re-election in 2020. Photographer: Erin Scott/Polaris/Bloomberg via Getty Images
Erin Scott—Polaris/Bloomberg via Getty Images

President Donald Trump suffered another setback in his effort to guard his financial information as a federal appeals court refused to block a subpoena for his tax records issued by the Manhattan district attorney.

The 3-0 ruling by a federal appeals court in Manhattan moves the case closer to a possible showdown in the U.S. Supreme Court. If Trump loses there, he may run out of legal alternatives to block District Attorney Cyrus Vance Jr. from obtaining the records.

A lower-court judge in New York ruled on Oct. 11 that Trump can’t stop his accountants, Mazars USA LLP, from providing eight years of taxes and other financial documents to Vance, whose office is investigating whether the Trump Organization falsified business records to disguise hush payments to two women who claimed they had sex with him. The appeals court on Monday largely upheld that decision.

“Presidential immunity does not bar the enforcement of a state grand jury subpoena directing a third party to produce non‐privileged material, even when the subject matter under investigation pertains to the president,” the appeals court said.

—Paul Ryan’s new foundation makes poverty experts and Medicare advocates nervous
—Voters over 65 remember Nixon—and want to impeach Trump
—How Mitch McConnell could use impeachment to scramble the Democratic primary
—Sherrod Brown has some advice for 2020 candidates hoping to win in Ohio
—Kids brought guns to school at least 392 times last year. What experts say we should do
Get up to speed on your morning commute with Fortune’s CEO Daily newsletter.