After Breaking $1 Trillion, the CEO of the World’s Biggest Wealth Fund Is Resigning 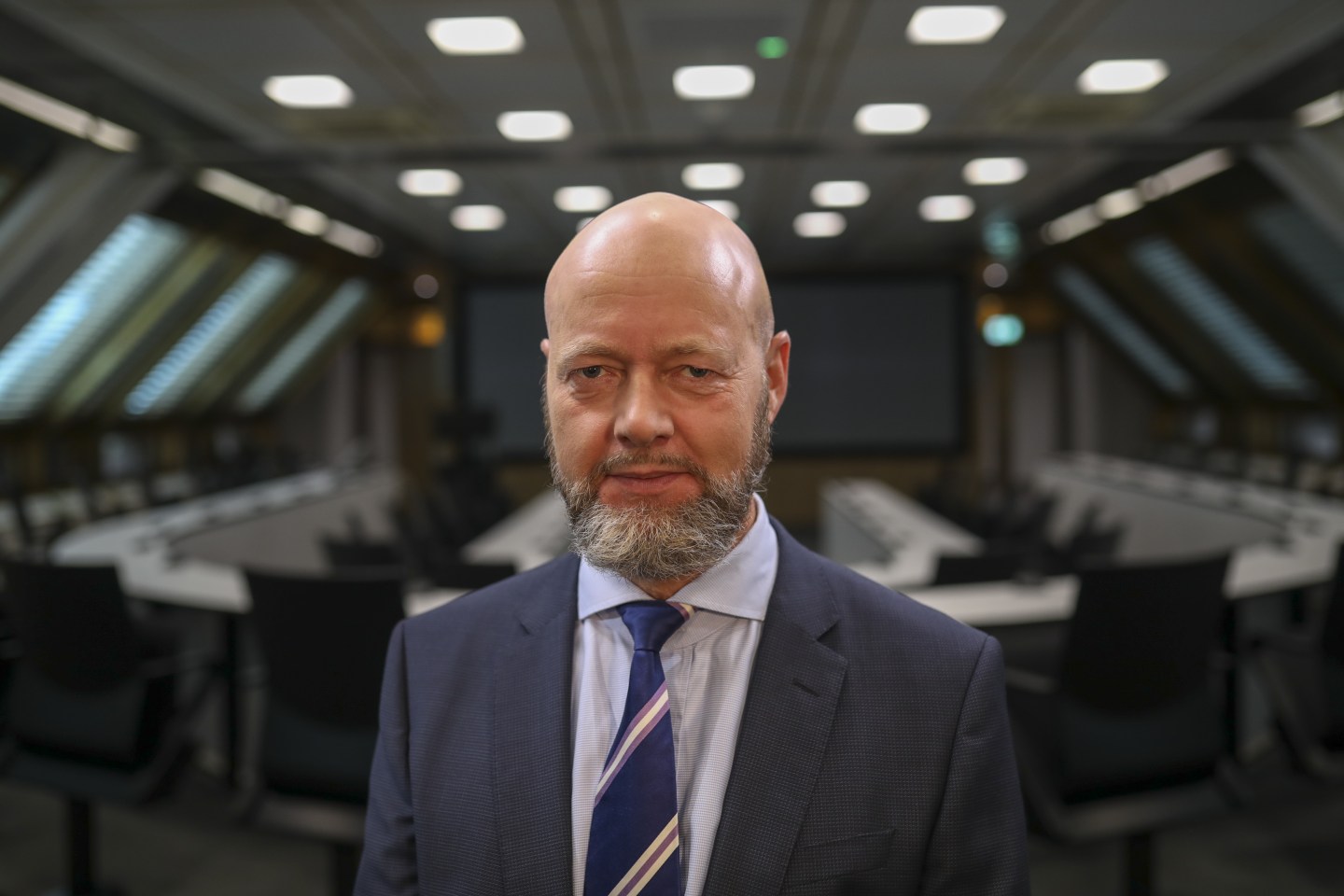 Yngve Slyngstad, chief executive officer of Norges Bank Investment Management, poses for photograph following a Bloomberg Television interview at the Norwegian Financial Research Conference in Oslo, Norway, on Wednesday, Sept. 4, 2019. Slyngstad, the man managing Norway's $1 trillion wealth fund is looking beyond the current political turmoil, vowing to invest in the U.K. "no matter what" and planning to plow another $100 billion into the U.S. stock markets. Photographer: Odin Jaeger/Bloomberg via Getty Images
Odin Jaeger—Bloomberg via Getty Images

The chief executive officer of Norway’s sovereign wealth fund, Yngve Slyngstad, is stepping down after spending the past 12 years building a $1.1 trillion fortune.

The 56-year-old said he made the decision after the fund hit 10 trillion kroner last week, 50 years after Norway first discovered the oil that helped build the nation’s vast wealth. Slyngstad also acknowledged that he had been considering stepping back for roughly a year. He will now stay on until a successor is found in 2020, at the earliest.

“My only day of not worrying was on Friday, and in this sense it was a good time to call it quits,” he said at a press conference Wednesday in Oslo.

A self-professed Sinophile and Oslo-native who has five academic degrees, Slyngstad has overseen a transformation in the fund’s portfolio that saw it expand into real estate, boost its stock holdings to 70%, and more recently, announce a retreat from parts of the fossil-fuel industry. Throughout, he has underscored the fund’s long-term view on all its investments, which has allowed it to snap up stocks when others are selling.

“Over these 12 years, the fund has delivered very good results and the fund has achieved a strong position internationally and in Norway,” Oystein Olsen, central bank governor and chairman of the executive board that oversees the fund, said in a statement.

After a successor is named, Slyngstad will move to London to manage the fund’s build-up in renewable energy infrastructure over the next two years. The fund has made clear that the next CEO needs to have a deep understanding of Norwegian society, on top of well-honed skills in investing and leadership.

With degrees in politics, economics, law, business and philosophy, Slyngstad joined the fund in 1998 from asset manager Storebrand to help build its stock portfolio. He took over as CEO at the start of 2008, presiding over massive losses in his first year at the height of the financial crisis. The fund had an annual return of 7.63% over the past 10 years and is heading for a record gain this year amid surging stocks.

Often at loggerheads with the Finance Ministry, Slyngstad has lobbied for taking on more risk over the past years, including adding private equity and infrastructure. These plans have largely been rejected by the government, which prefers more easily measured investments. He also proposed to divest all of the fund’s oil and gas stocks, a plan that was whittled down by the government.

Slyngstad has repeatedly warned that given that large chunks of the fund’s portfolio now have negative yields and that stocks have surged in recent years, it can’t expect the same kind of returns ahead.

In an interview on Wednesday, Slyngstad said the “hardest — but also in retrospect best” moments of his tenure was the aftermath of the financial crisis when it was able to buy massive amounts of stocks that had fallen in value.

“We did very well with our investment decision, and we got a lot of extra run for that in the last decade,” he said.

His successor will take over in a different landscape, at a time when fresh government deposits into the fund have largely ceased.

Norway’s self-imposed budget rules limit spending of its oil cash to 3% of the fund’s value each year. That used to be easily covered by the annual income from petroleum taxes, public stakes in offshore fields and dividends from state-controlled Equinor ASA. But following a historic slump in crude prices that started in 2014, the government was forced to withdraw money from the fund for the first time in 2016. It recently restarted withdrawals to cover rising budget needs.

“The fund has more than 100-doubled in size since I started – at that time it was just part of the currency reserves,” Slyngstad said. “So the privilege has been to follow the development of the fund for two decades. Now, I think probably the fund is more in a stable phase, and that is something that the new leadership will have to think about.”