Fiat and PSA Are Talking Auto Industry Mega-Merger. But a Tie-Up Won’t Fix Their China Woes 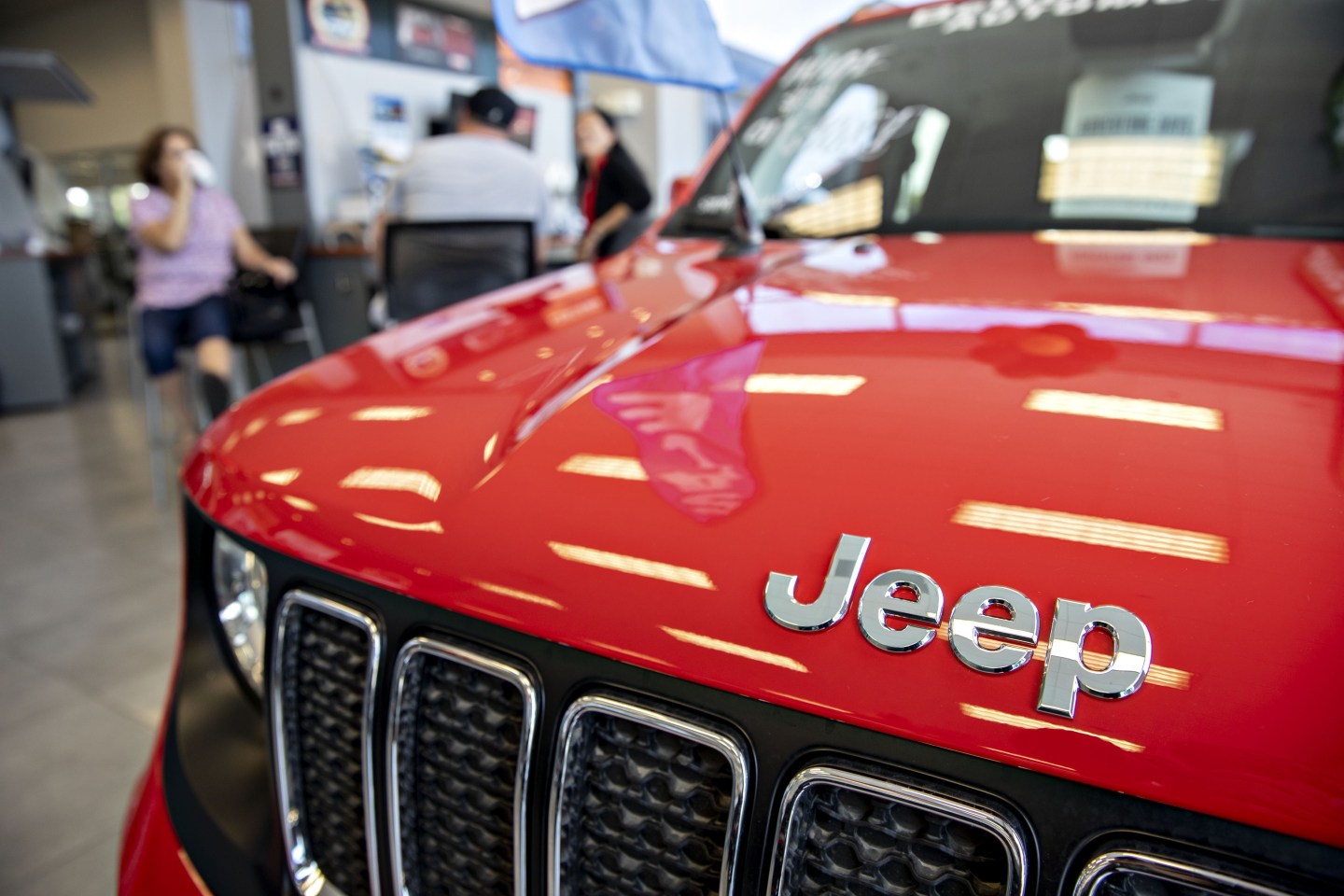 Fiat Chrysler Automobiles NV and French carmaker PSA Group said they’re in talks about a possible combination, in a potential deal that would reshape the global auto industry and create a European powerhouse to rival Volkswagen AG.

“There are ongoing discussions aimed at creating one of the world’s leading mobility groups,” Fiat said in a statement Wednesday, confirming media reports. PSA issued a similar statement.

On Wednesday morning, Fiat Chrysler and PSA shares rose as much as 10.6% and 8.6%, respectively.

A merger of the Italian-American automaker and PSA, the No. 2 for car sales in Europe, would create a global company with a current stock-market value of $47 billion — about the same size as Japan’s Honda Motor Co.

The talks come several months after Fiat Chrysler and PSA, led by Chief Executive Officer Carlos Tavares, explored a partnership on pooling investment to build cars in Europe, and following the collapse of negotiations between Fiat Chrysler and French competitor Renault SA in June.

The French government would play a key role in any deal because France is one of the biggest owners of PSA, whose brands include Peugeot, Opel and Citroen.

Analysts greeted word of a possible deal warmly. “In our view the combination of FCA and PSA has more logic than the previously attempted FCA-RNO deal and has a far greater chance of success,” Max Warburton, a Bernstein analyst, wrote in a note to clients.

Automakers face tremendous pressure to combine forces and share costs from platform development to manufacturing and purchasing as they battle through trade wars, a global slowdown and an expensive shift toward electrification and autonomous driving. Volkswagen in July said it will work with Ford Motor Co. on electric and self-driving car technology, while Toyota Motor Corp. is strengthening ties with partners such as Subaru Corp. and China’s BYD Co.

In Europe, PSA and Fiat Chrysler face the additional burden of new emissions regulations that will force the industry to meet stringent fleet requirements next year.

“If completed, we believe this should ignite more rational industry behavior around allocation of capital ,and this particular merger makes materially more sense than a potential FCA-Renault merger,” said Arndt Ellinghorst, an Evercore analyst. He said it’s an opportunity to achieve “gross synergies” above 7 billion euros ($7.8 billion) by 2023 due to overlapping businesses in Europe, Latin America and China.

A merger of Fiat Chrysler and PSA would do little to solve one of their biggest shortcomings: they have a minuscule presence in the world’s largest car market.

While rivals such as Volkswagen AG, Toyota Motor Corp. and General Motors Co. have relied on China for much of their growth for years, PSA and Fiat Chrysler have made little progress in the country of almost 1.4 billion people.

The French carmaker’s China venture, Dongfeng PSA, saw its sales more than halve in the first nine months to 91,049 units, while Fiat Chrysler’s sales from its venture with Guangzhou Automobile Group Co. fell 46% to 52,372 units. That compares with a 10% industrywide decline in China.

Fiat Chrysler and PSA have combined market share of less than 1% in China and rank outside the Top 10. Fiat Chrysler’s Jeep models have found some followers, but its smaller cars have failed to gain traction.

PSA has been floated as a logical merger partner with Fiat, because of their complementary product and geographic fit, and the two sides talked about a possible partnership earlier this year. However, the Italian-American carmaker instead pursued a deal with Renault. Those talks were called off in June amid opposition from the French government and a lack of support from Renault’s Japanese alliance partner Nissan Motor Co.

Fiat Chairman John Elkann had walked away from the potential deal with Renault blaming “political conditions in France.” Fiat Chrysler signaled at the time that the French state would have to give up its sway over Renault for a resumption of talks, people with knowledge of the situation said at the time.

Tavares said earlier this year that Peugeot would be returning to the U.S., which the brand exited in 1991. Tavares said the brand will begin shipping vehicles to North America from Europe and China in 2026.

Fiat Chrysler is seen as a laggard in new technologies such as electrification and autonomy, which are expected to cost automakers billions of dollars over the next decade. The company has sought to secure its future with a larger partner for several years, dating back to late CEO Sergio Marchionne’s failed courtship of General Motors Co. After being rebuffed by GM in 2015, rumors of talks with other automakers have swirled with varying intensity.