The Renault Deal Is Dead, But Fiat Chrysler Still Desperately Needs a Partner 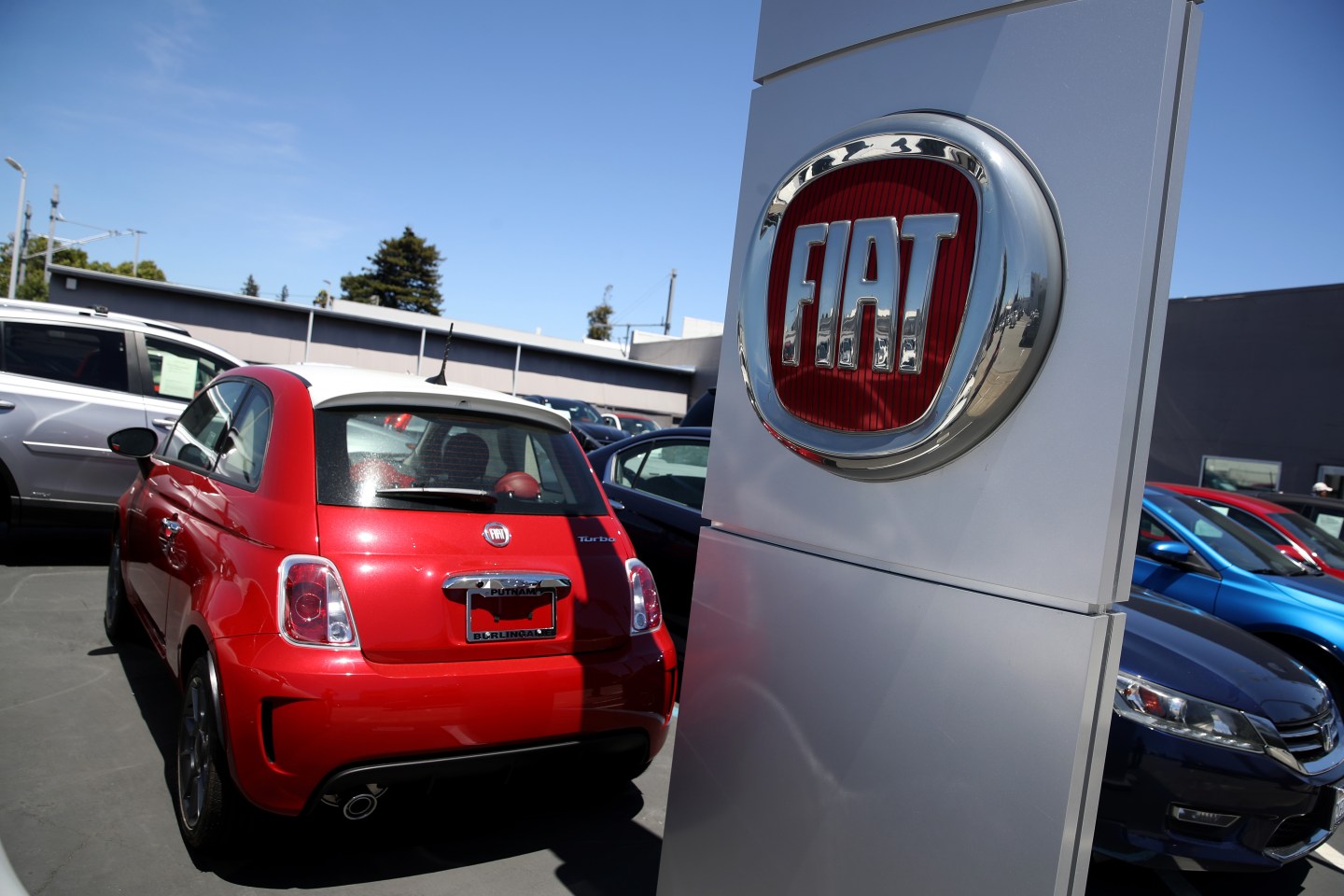 BURLINGAME, CALIFORNIA - JUNE 06: The Fiat logo is displayed on a car at a Fiat dealership on June 06, 2019 in Burlingame, California. Fiat Chrysler announced that it has withdrawn a proposal to merge with French automaker Renault. (Photo by Justin Sullivan/Getty Images)
Justin Sullivan Getty Images

For the second time in under a year, Fiat Chrysler Automobiles’ (FCA) top brass is staring down a now what? moment.

The maker of Jeep, Maserati and Fiat 500 abruptly lost its charismatic CEO Sergio Marchionne who died last July at a Swiss hospital. This week, its first attempt at a Marchionne-style mega-merger with France’s Renault SA imploded in dramatic fashion, exposing the carmaker’s stalled fortunes in an industry beset by blurring changes.

If FCA’s failed 10-day courtship of Renault has told the markets anything, it’s that it needs a partner, and fast.

FCA initially touted the Renault tie-up as a market-changer, creating the world’s third largest automaker with sales of 8.7 million autos annually. (If you were to add Renault’s strategic partners Nissan and Mitsubishi, the merged entity would be bigger still, rivaling market leaders Toyota and Volkswagen.) It’s not the number of cars that mattered so much as the type. Renault has a crucial head-start over many rivals in Europe’s small but growing electric vehicle (EV) market on the strength of Zoe, Renault’s electric plug-in compact model, and the Leaf, Europe’s other top-selling EV model developed by Renault partner Nissan. For the jilted FCA, its laggard electrification strategy all the sudden looks like a serious market weakness. “They’re donkey’s years behind” on EVs, says Berlin-based automotive analyst Matthias Schmidt. “The reason for going into this merger was to essentially rebrand Renault-Nissan vehicles with a Fiat badge on them,” and that includes electric plug-ins and hybrids.

It’s no secret FCA’s cars, trucks and SUVs spew too much carbon. FCA is buying billions in carbon credits from Tesla to avoid hefty fines under the EU’s tough new CO2 emissions rules. It’s piggy-backing off Tesla’s cleaner, greener business model until it can get its fledgling EV offerings to turn a corner. Last month, Fiat Chrysler CEO Michael Manley announced Jeep Renegade and Compass plug-in hybrid vehicles will debut in Europe next year, and that its electrified fleet “will reach 17 nameplates by 2022.” But that’s not soon enough, analysts say. Furthermore, they’ll never catch up on their own.

“It’s no secret Fiat needs a partner,” an Italian automotive analyst told Fortune.com. “Marchionne himself said as much in investor presentations four years ago.” The urge to merge has become all the more urgent as the race to develop EVs, self-driving and connected vehicles heats up. Martino de Ambroggi, who has a “Buy” rating on FCA, concurs that the unrequited FCA-Renault deal will increase pressure on all but the top players to find partners. “The risk of being the last man dancing will keep the speculative appeal [for further deals] high,” de Ambroggi wrote in an investor note.

And already the matchmaker game has commenced. Analysts say if the Renault deal is well and truly dead, then talks could re-open between FCA and France’s PSA Group, makers of Peugeot, Citroën, DS, Opel and Vauxhall. The group’s CEO Carlos Tavares recently said he’s open to talks. Another name to keep tabs on is Korea’s Hyundai, analysts say. If none of those fail to materialize, a plan B (or is it C?) for FCA would be to enter into a licensing arrangement with Volkswagen AG in which the German automaker supplies the underlying technology – essentially, the EV chassis — while FCA develops the rest, Schmidt speculates. VW plans to invest 30 billion euros on EV R&D over the next four years, a sum few rivals can match.

Schmidt says he sees the ghost of Marchionne hovering over Fiat Chrysler’s failed Renault deal. “He refused, almost up to his death bed, to invest in electric cars and electrification. It’s kind of become his legacy,” Schmidt notes. “He was such a rational business man. He couldn’t see entering a market for money-losing vehicles,” which EVs were during his time, and still are today.

But Marchionne was also the consummate dealmaker. If his influence still lingers over the company, more talks are sure to follow. The company hinted at just that in a brief press release issued yesterday, saying while the deal is off, the company “remains firmly convinced” in the logic of such a tie-up.