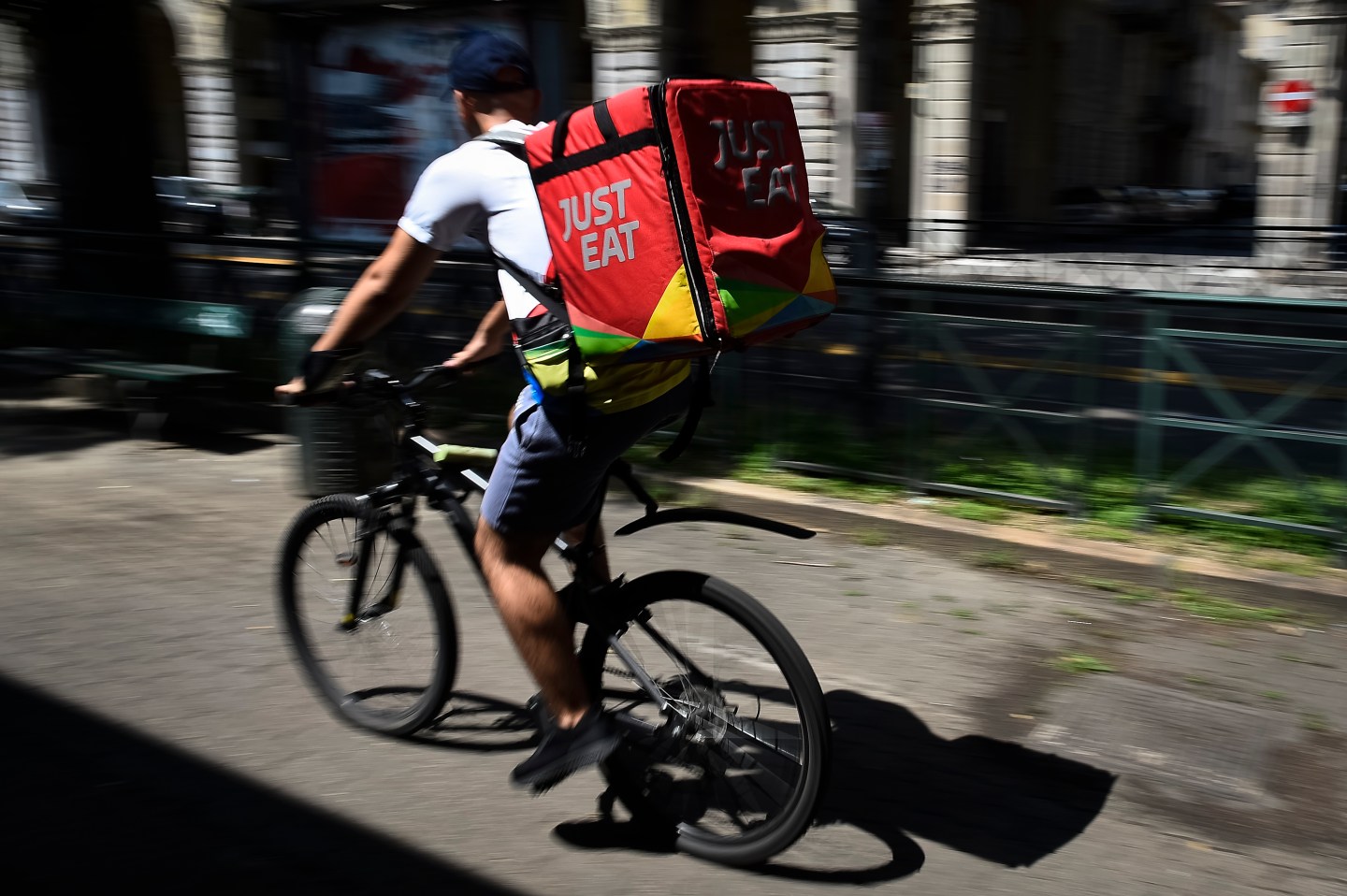 Prosus has offered 710 pence a share in cash, valuing Just Eat at about 4.9 billion pounds, the company said in a statement on Tuesday. Just Eat said it has rejected the offer.

Takeaway’s original all-stock offer valued Just Eat’s shares at about 731 pence apiece. Since the bid, Takeaway’s shares have declined. As of Monday’s close, the original offer values Just Eat at about 595 pence per share.

The bid “provides Just Eat shareholders the certainty of an all-cash offer,” Prosus said. The company said it had approached Just Eat’s board and failed to reach an agreement.

Just Eat shares jumped as much as 24% on the news in London on Tuesday, the most since July, when Just Eat agreed to sell itself to Takeaway.

Some investors hadn’t been happy with the proposed sale to Takeaway. In September, analysts at Liberum said the earlier bid undervalued Just Eat, and Eminence Capital said the financial terms were “grossly inadequate.”

The Prosus bid follows a Just Eat statement on Monday that its U.K. order growth had slowed in the third quarter, to 8% — compared to 11% for the period before. Its guidance for the full-year remains unchanged, the company said, and expects revenue of as much as 1.1 billion pounds.

Representatives for Takeaway.com didn’t immediately respond to requests for comment.

Prosus was listed in Amsterdam in September, a technology-investment business spun out of Naspers Ltd., Africa’s biggest company by market value. Naspers expanded through acquisition around the world since turning a $32 million investment in Chinese giant Tencent Holdings Ltd. into a stake currently worth about $110 billion. The Cape Town-based company focuses on e-commerce companies, with a particular interest in online food delivery, payments and travel booking.

In its statement, Just Eat said JPMorgan Chase & Co. would provide a bridge loan to Prosus.