A Big Supporter of Virtual Reality Content Just Backed Away. Here’s Why Consumer VR Still Isn’t a Sure Thing 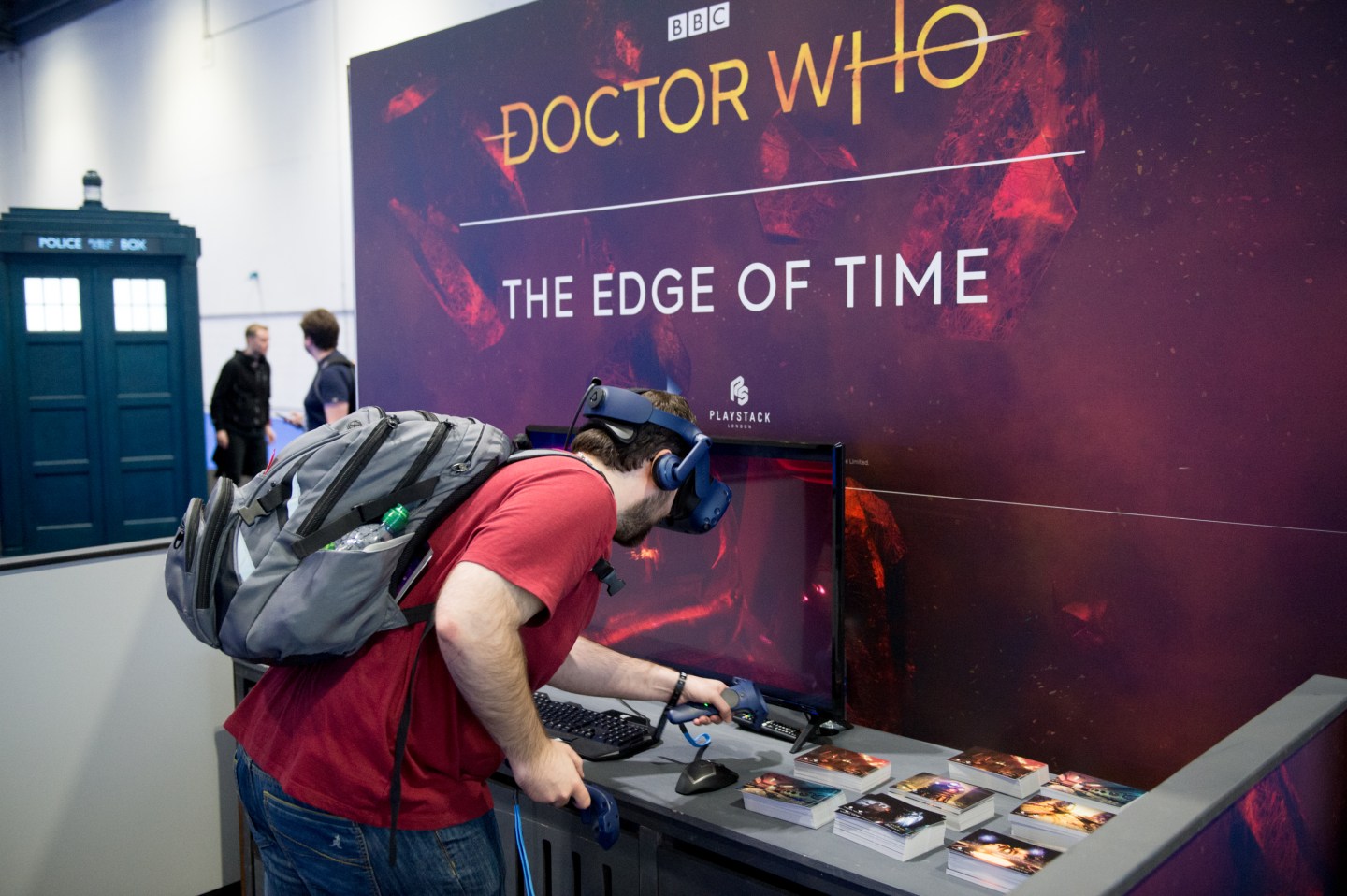 Gamers trying out the BBC Doctor Who The Edge Of Time game for the first time during Day 1 of London MCM Comic Con 2019 at ExCel on May 24, 2019 in London, England.
Ollie Millington—Getty Images

The U.K.’s state broadcaster went all-in on virtual reality (VR) a couple years ago, producing award-winning films. But now, the BBC is killing off its big VR push.

The closure of the BBC VR Hub, quietly announced at the end of a Tuesday blog post hailing the unit’s achievements, comes at a time when the future of consumer VR remains questionable.

The same day, Google effectively axed its Daydream platform by announcing a flagship phone (the Pixel 4) that does not support it, and discontinuing the Daydream View mobile headset—essentially, a device for holding an Android phone really close to your eyes. A spokesperson told The Verge that there “hasn’t been the broad consumer or developer adoption we had hoped.”

Samsung, meanwhile, has excluded support for its similar Gear VR headset from its new Galaxy Note 10 handset. As Oculus’s chief technology officer John Carmack noted, people are put off by how quickly phone-based VR drains the battery of the handset. There’s also the problem that, when a phone is secured in front of someone’s eyes to display VR content, they can’t use it for other tasks.

This older generation of consumer VR devices has more recently been superseded by standalone headsets that aren’t based on smartphone screens and don’t require PCs—the HTC Vive Cosmos, for example, and the Oculus Go. A few months ago, the analyst house IDC reported healthy growth in the VR headset market, based on such standalone devices.

But although many of the BBC’s VR productions already targeted standalone headsets such as the Vive, the uptake still wasn’t there. The Times of London reported that the broadcaster’s VR films “attracted tiny audiences” in comparison to its more traditional content.

A BBC spokesperson declined to share audience figures for the output of the VR Hub.

The unit produced and commissioned VR films such as Trafficked, which let viewers see from the viewpoint of a woman who had been trafficked into slavery, and a virtual-reality spacewalk experience called Home. It also created a VR drama based on the hit show Doctor Who. Its final project is called Missing Pictures, in which—poignantly—film directors such as Abel Ferrara discuss productions they were unable to bring to cinemas.

“After that project though, the VR Hub will be wrapping up its commissioning and production work,” unit chief Zillah Watson wrote in Tuesday’s post. “The BBC will continue to identify audience opportunities for VR, and we’ll continue to licence our existing projects.”

The BBC’s spokesperson noted that other parts of the BBC might still choose to create VR content, using the learnings of the shuttered hub.

It’s also worth pointing out that the hub conducted research with academics from University College London and the University of Barcelona, examining subjects such as how VR helps people absorb factual information. The results of that research will live on.

So it could well be that the BBC VR Hub’s activity was ahead of its time but—fittingly, in line with the BBC’s public service remit—a useful resource for future VR efforts inside and outside the organization.

If, that is, VR become as popular as the tech industry hopes. And with the current abandonment of the cheapest form of consumer VR—the flawed but accessible model of strapping a phone to your face—that’s still a big “if.”