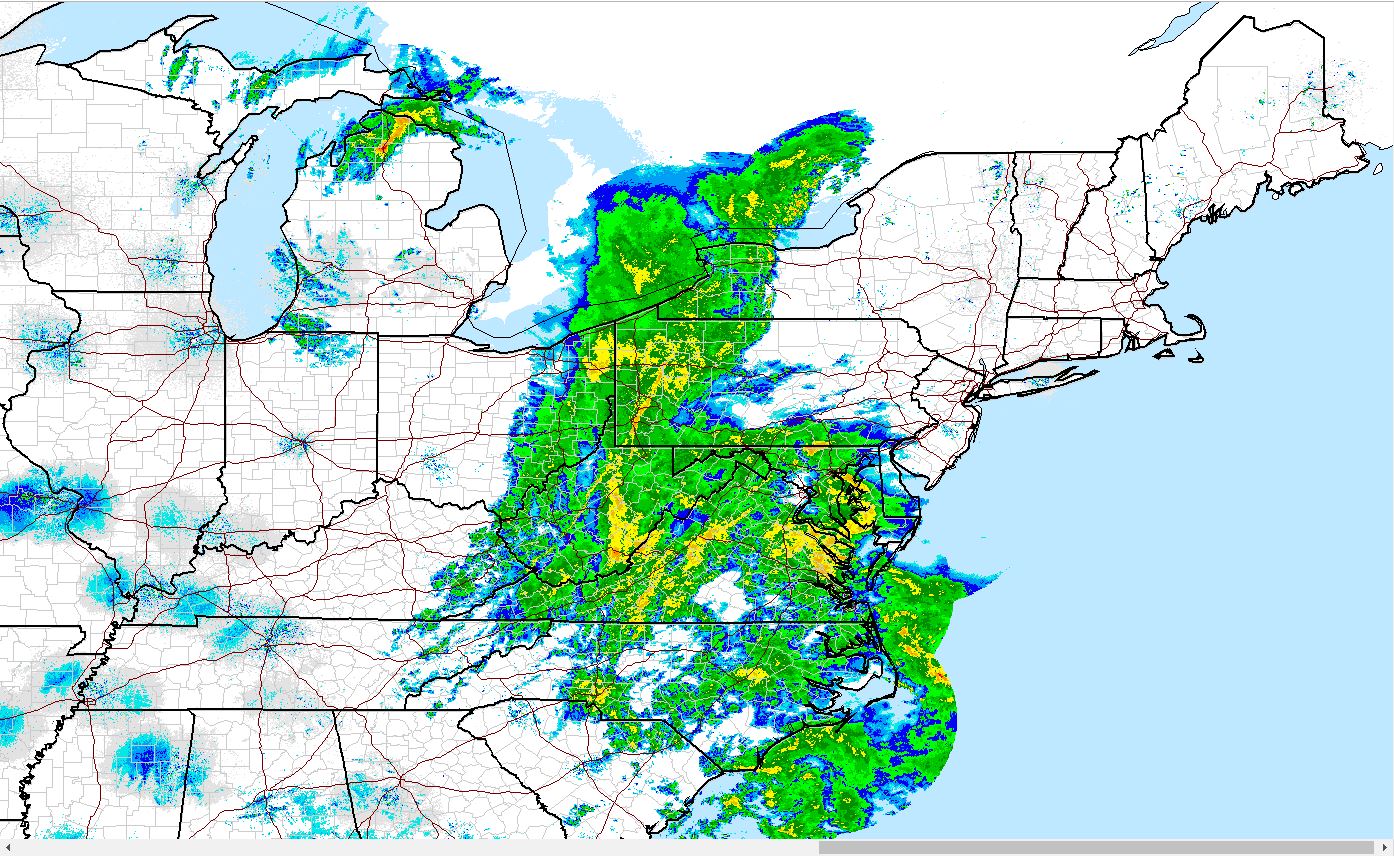 The Northeast is bracing for tropical storm force winds and extensive flight delays and cancellations as a storm moving in on the area seems poised to become a bomb cyclone.

The National Weather Service has issued a warning of a “powerful coastal storm” which will develop along the New Jersey coast and move up the I-95 corridor. Some areas can expect between 4 and 5 inches of rain.

That could result in flight delays Thursday and Friday and wind gusts of up to 60 mph through parts of New England. While bomb cyclones typically are winter storm events, the warm weather in the Northeast should limit snowfall to just a few isolated areas.

Delta Air Lines has already activated its system allowing travelers on Oct. 17 to reschedule their flights. American Airlines and JetBlue have as well.

What is a bomb cyclone?

A bomb cyclone is a bombastic term, but what does it mean? Essentially, it’s a powerful low-pressure system that rapidly intensifies. If that sounds a lot like a hurricane, you’re not too far off. The ‘bomb’ part of the name refers to the phenomenon when the pressure inside a storm cell falls so quickly that it gives the storm explosive strength.

Technically, the term bomb cyclone comes from the scientific term “bombogenesis,” which is a storm that drops 24 millibars of pressure over 24 hours. The pressure of the system could drop more than 30 millibars in 24 hours.

That means the potential for hurricane or tropical storm force wind gusts is present.

—Trump’s tariffs were supposed to ding China, but the U.S. economy is getting hit 2.5x harder
—Inside JP Morgan, moving on from WeWork is proving to be a messy proposition
—5 beermakers to watch from 2019’s Great American Beer Festival
—A key change to mortgage lending rules is coming in 2021. Here’s what that could mean

Subscribe to Fortune’s The Loop newsletter for the latest on the revolutions in energy, technology, and sustainability.