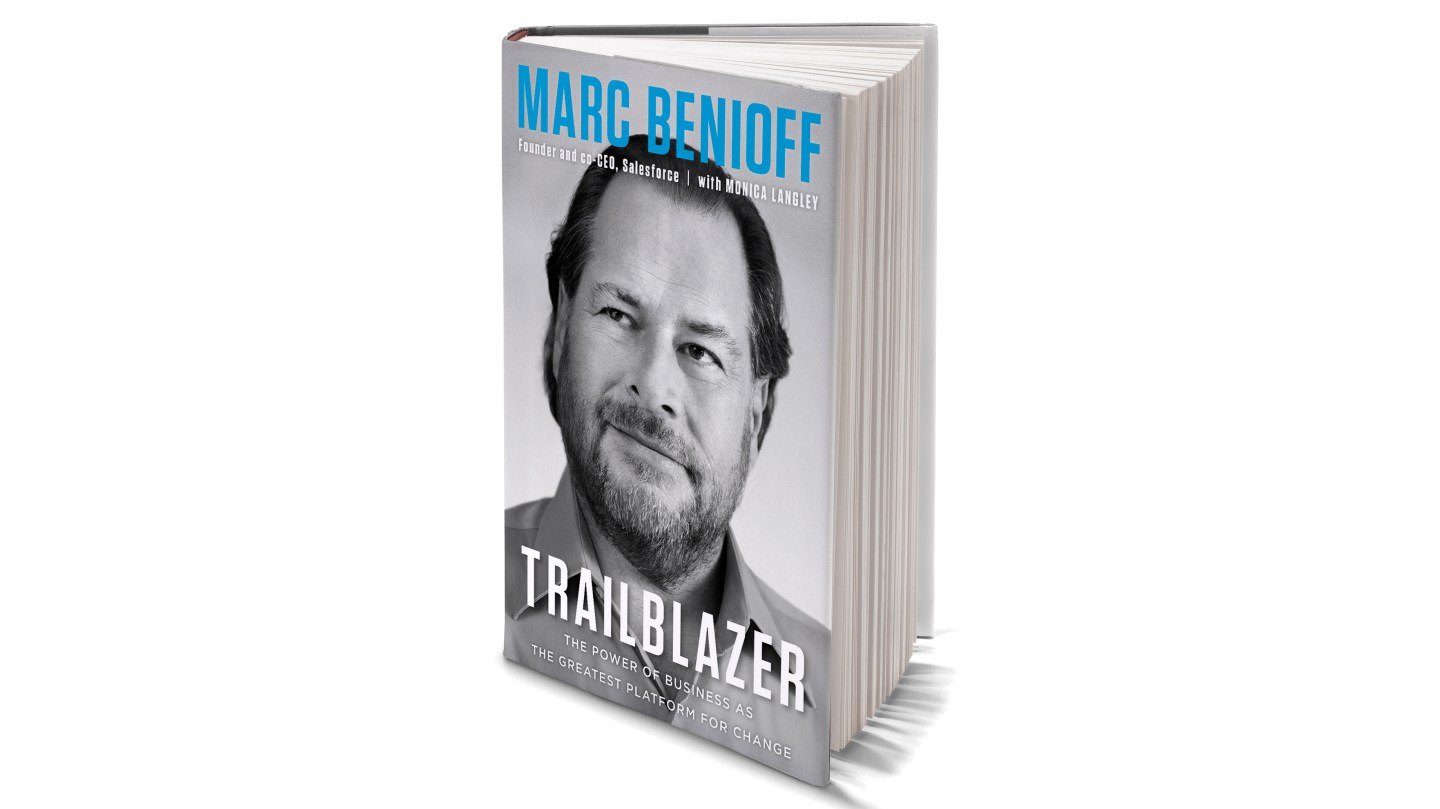 In the spring of 2015, two senior Salesforce executives paid a visit to the home of their CEO, Marc Benioff, to deliver some uncomfortable news: Women at the company, they suspected, were being paid less than their male counterparts for the same jobs. As his colleagues spoke, Benioff could feel the indignation and astonishment reshaping his face. “I’ll admit, my defensiveness was welling up,” he writes in his compelling new book, Trailblazer: The Power of Business as the Greatest Platform for Change, coauthored by former Wall Street Journal writer Monica Langley.

The self-made tech billionaire, whose company sells subscription software for a rather prosaic-sounding task—customer-relations management—had already made a name for himself as a philanthropist-­provocateur. Long ago he had instituted a widely copied program called 1-1-1 in which Salesforce donated 1% each of its product, equity, and employee time to charitable causes. Benioff had personally given away millions of dollars and tweaked the Silicon Valley elite who didn’t. And in the case of Salesforce itself, he was sure things couldn’t be so unfair. “Impossible,” he told his colleagues. “That’s not right. That’s not how we operate.”

As it turns out, it was—and Salesforce spent $3 million to bring women’s salaries up to parity. The following year, when his team, again, discovered that pay was out of whack, it cost another $3 million to fix. A third audit found that the inequity persisted, largely due to acquisitions Salesforce had made in the interim. (Gender pay gaps had been built into those companies too.)

For those who have followed Benioff’s career, the anecdote is a familiar one. But in Trailblazer, he goes much deeper into what he learned and how he learned it. And the management insights he draws from this experience and others—how bias creeps into the day-to-day practices of business; how being left out of a meeting can rob someone of opportunity; “how a company’s culture can breed inequality in ways small and large,” as he and Langley write—ought to be a required curriculum for today’s business leaders. Indeed, in chapter after chapter, Trailblazer draws the tenets of a new corporate manifesto—one in which serving employees and community offers a more direct path to growth and innovation than serving shareholders alone.

There are moments in the book where Benioff’s personal pursuit of enlightenment may be a distraction from the message—I could have done without his brief meditation on meditation, for instance. But overall, the leadership wisdom he delivers is one every businessperson should know. If only the B-schools taught it as well.

This article appears in the November 2019 issue of Fortune with the headline “Business the Benioff Way.”

—Trump’s tariffs were supposed to ding China, but the U.S. economy is getting hit 2.5x harder
—Inside JP Morgan, moving on from WeWork is proving to be a messy proposition
—5 beermakers to watch from 2019’s Great American Beer Festival
—A key change to mortgage lending rules is coming in 2021. Here’s what that could mean
Subscribe to Fortune’s The Loop newsletter for the latest on the revolutions in energy, technology, and sustainability.