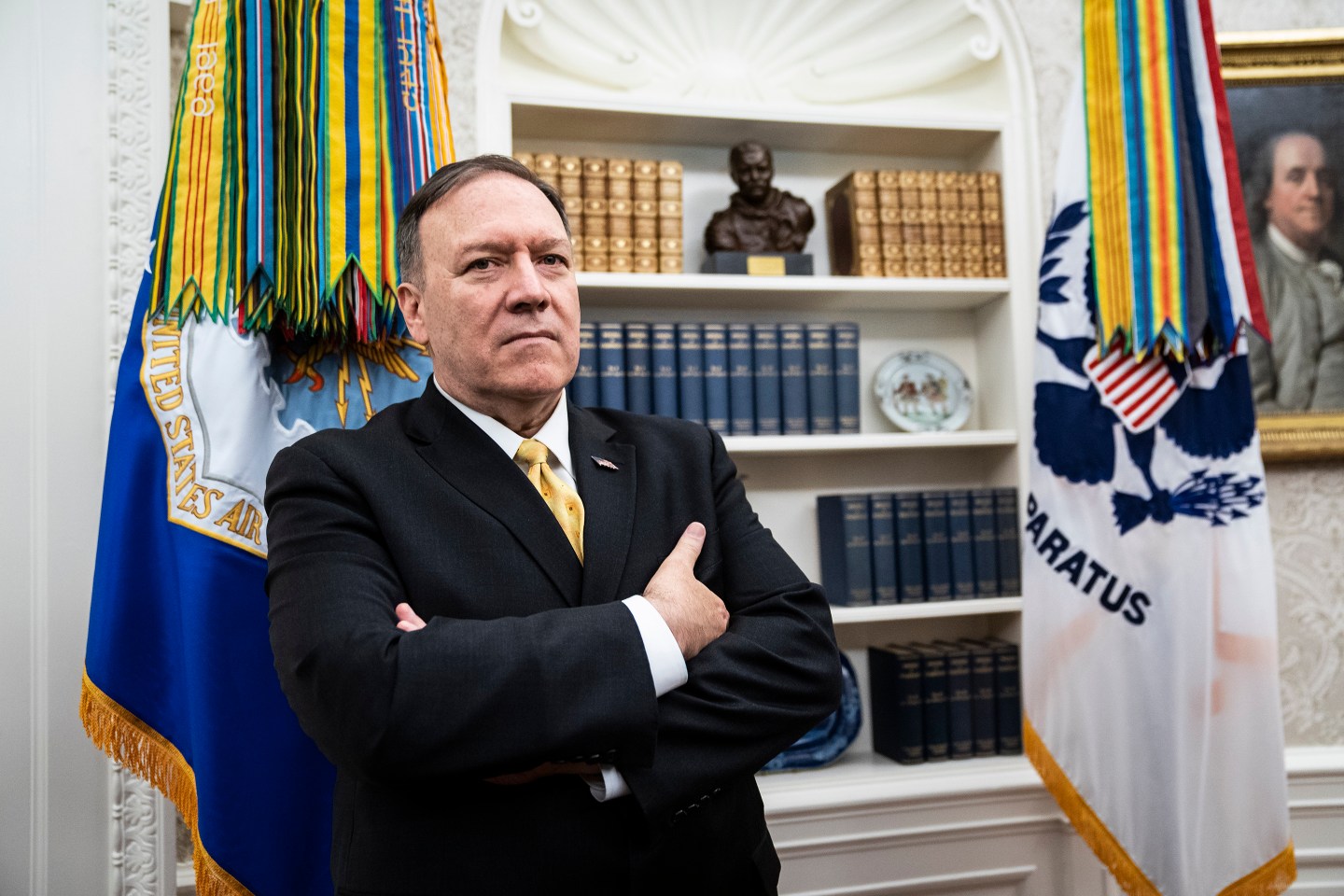 Secretary of State Mike Pompeo sent a letter to the chairmen of the House Foreign Affairs, Intelligence, and Oversight and Reform committees on Monday, saying he was “concerned” by the committee’s request that State Department officials give depositions heading into the impeachment inquiry of President Donald Trump.

Pompeo called the request an “attempt to intimidate, bully, and treat improperly” those officials and said that since the committees have not issued subpoenas for depositions, nor provided a Notice of Deposition, the request is merely one for “a voluntary appearance.”

Pompeo concluded that the requested dates for depositions are “not feasible,” but can he really stop State Department officials from testifying?

Not likely, experts said, and here’s why.

Subpoenas can still be issued.

The House committees can formally subpoena those who choose not to voluntarily comply, Charles Tiefer, a law professor at the University of Baltimore, told Fortune.

“At this point it’s only requested,” Tiefer noted. With a subpoena, the House committees could “threaten that they will be held in contempt” if the individuals don’t comply. In Tiefer’s view, some would choose to testify as they wouldn’t want “the stain of contempt on their record,” while others may not, if they feel “bound by the hierarchical integrity of the State Department to follow the Sec of State.”

House Democrats have already subpoenaed Pompeo himself last Friday for State Department documents related to Trump’s call with Zelensky and anything related to Rudy Giuliani’s outreach to the Ukrainian government, after Pompeo refused to provide the documents voluntarily.

The deadline is Friday, but it is not yet clear whether Pompeo plans to comply. On Wednesday, House Democrats announced plans to subpoena the White House as well if it didn’t voluntarily comply with their request for documents by Friday.

Pompeo said in his letter that State Department officials cannot be deposed without counsel from the Executive Branch present, and therefore do not need to comply with the House’s request.

But the practice of not allowing executive counsel is actually common, according to Tiefer, who said rules stating that such counsel cannot accompany the witness “go back decades,” and the officials would be allowed personal counsel instead.

“In the past, there would have been a negotiated deal that would resolve this,” Tiefer says. “But in the Trump presidency, there has been less willingness to negotiate on the part of the executive branch.”

An attempt to block the depositions could result in an impeachable offense.

If Pompeo tries to threaten his subordinates with “adverse consequences, including discharge,” it would likely only make more trouble for himself, Laurence Tribe, a law professor at Harvard, explains.

Silencing the State Department officials would embroil Pompeo and Trump in an impeachable offense—obstructing Congress in its impeachment inquiry.

“He should immediately cease intimidating Department witnesses in order to protect himself and the President,” the chairs of the three House committees said in a public statement on Monday, after Pompeo said he was on President Trump’s call with Ukrainian President Zelensky. “Any effort to intimidate witnesses or prevent them from talking with Congress—including State Department employees—is illegal and will constitute evidence of obstruction of the impeachment inquiry.”

Pompeo does not have authority to direct people to commit crimes, undermine the law, obstruct justice, or facilitate the commission of an impeachable offense, said Michael Gerhardt, a law professor at the University of North Carolina Chapel Hill.

“If he tried, he too would become subject to impeachment,” Gerhardt told Fortune.

Who will be deposed?

Despite Pompeo’s assertion to the contrary, Kurt Volker, a former administration envoy to Ukraine, plans to appear before the committees on Thursday. Another of the five officials, former U.S. ambassador to Ukraine Marie Yovanovitch, also reportedly plans to appear next week.

The other State Department officials scheduled for depositions are Deputy Assistant Secretary George Kent, U.S. Ambassador to the European Union Gordon Sondland, and Counselor T. Ulrich Brechbuhl. For the moment, there has been no indication as to whether or not they plan to appear before the House committees.