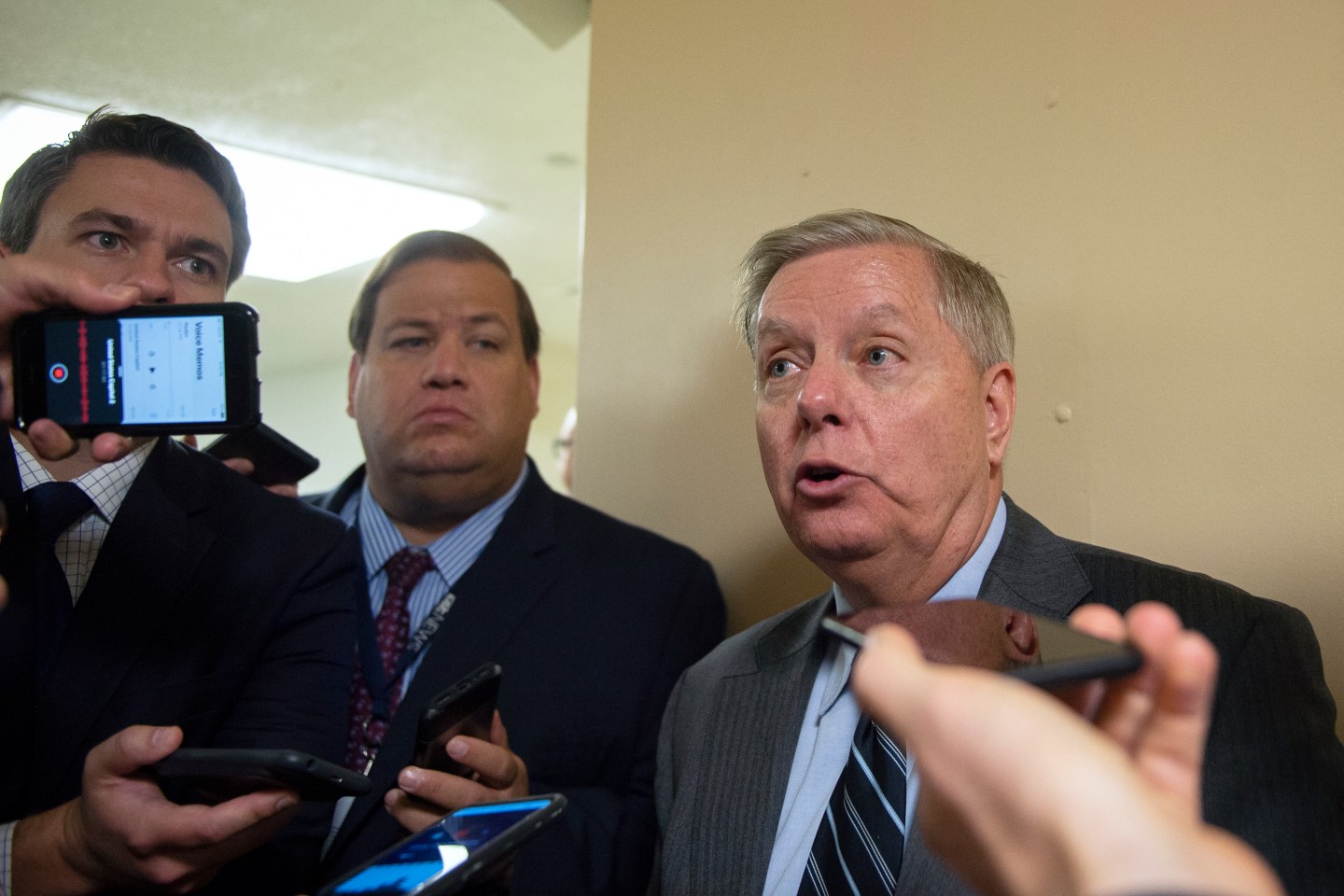 Lindsey Graham stirred up a blast from the past on Saturday in a Twitter message intended to defend Donald Trump, saying he hopes a president can’t be impeached “based on hearsay testimony.”

Within minutes, the long memory of Twitter users had the name “Linda Tripp” blowing up on social media as people recalled the former White House aide’s pivotal role in President Bill Clinton’s 1998 impeachment.

“In America, you can’t even get a parking ticket based on hearsay testimony,” said the South Carolina senator, a confidant and regular golf partner of Trump. “But can you impeach a president? I certainly hope not.” He didn’t mention Tripp by name in his tweet.

Tripp became friendly with Monica Lewinsky when the pair worked together at the Pentagon during the Clinton administration. After Lewinsky revealed to Tripp that she’d had a physical relationship with the president, Tripp started to egg on the younger woman to provide more detail, and secretly recorded their phone calls.

The tapes eventually caught Clinton in a lie after he had denied having a relationship with Lewinsky, creating a scandal that led to his impeachment.

Graham, 64, was a member of the House Judiciary Committee during the Clinton impeachment. Twitter critics pounced on him for equating Tripp’s example with the current case, which centers on an allegation that Trump improperly solicited the help of a foreign leader to investigate a political rival.

A U.S. intelligence official, whose identity isn’t publicly disclosed, filed a whistle-blower complaint alleging that Trump, during a July 25 telephone call with Ukraine’s president, used “the power of his office to solicit interference from a foreign country in the 2020 U.S. election.”

In the call, Trump asked Ukraine’s Volodymyr Zelenskiy to “look into” unsubstantiated allegations of wrongdoing by former Vice President Joe Biden, who is seeking the Democratic Party’s nomination to challenge Trump next year.

One person engaging with Graham was Representative Ted Lieu, a California Democrat with a lively Twitter feed, who said that admitting to soliciting a foreign power “would absolutely be admissible.”

Trump and Graham teed it up again on Saturday at the president’s Virginia club, along with Hall of Fame golfers Gary Player and Annika Sorenstam.

—A running list of questions on the impeachment inquiry, answered
—5 allegations made in the declassified whistleblower complaint
—What is CrowdStrike? Trump mentioned the company in his Ukraine call
—These are the key players in the Trump impeachment inquiry
—How whistleblowers have taken down titans of American business
—The 25 most powerful women in politics