Huawei CEO Has an Elaborate Plan to Create a 5G Rival in the U.S. 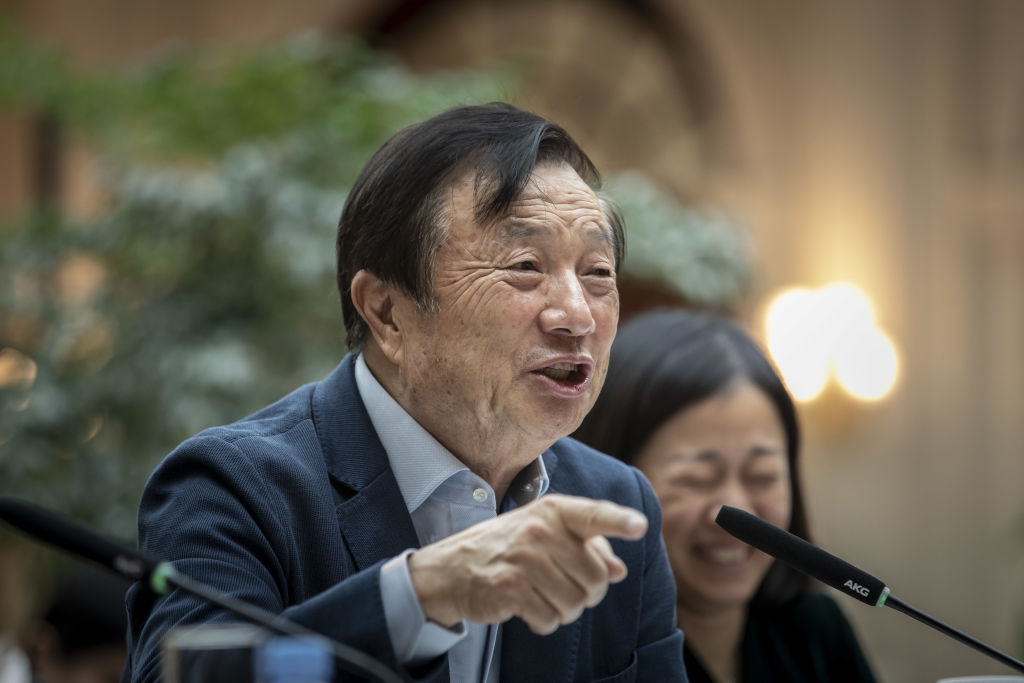 Huawei Technologies Co Ltd. is willing to license its 5G cellular networking technology to another rival company for a one-time fee—provided that company is American.

Huawei founder and CEO Ren Zhengfei said on Thursday that his company is offering an exclusive license for one U.S. company to use his firm’s fifth-generation software, which ensures lightning-fast connectivity up to 100 times faster than current 4G network speeds.

Ren, speaking at an event at Huawei’s Shenzhen headquarters, said the company that receives the license should be from the U.S. because Europe, Japan, and South Korea already have 5G capabilities, whereas the U.S. has none. Ren said he wants a U.S. company to have access to Huawei’s 5G tech so that it can “compete with us around the world.”

He said the license would let Huawei and the as-yet-unnamed U.S. company compete from the same starting line, and expressed confidence that Huawei would be the more successful company in the end. He added that the revenue from the licensing sale would provide more funding for investments and innovation.

“When we nurture competition, it will drive our workforce. It will stop people from becoming complacent.” Ren said. “I don’t see competition as a threat, but as a driver of further progress,” he said.

“5G is not rocket science. In the future the biggest industry will be A.I.” Ren said, adding that he hopes Huawei’s future A.I. innovation will not be subject to a U.S. ban.

Due to security concerns, the U.S. placed the Chinese tech giant on a U.S. government “entity list” that bans U.S. companies from selling to it. Huawei’s new Mate 30 smartphone series is being released without pre-downloaded Google applications as a result.

Ren said at the Thursday event that Huawei is already producing Huawei base stations without components from the U.S. and will double production next year.

The U.S. government issued a temporary waiver for some U.S. tech companies to sell their products to Huawei, but Bloomberg reports the waiver is unlikely to be renewed.

Ren also said on Thursday that Huawei is already researching 6G technology, albeit in a very early stage, and estimated that 6G capabilities are ten years out.

When asked if he thinks Huawei will lead in 6G, Ren smiled and nodded: “Definitely.”