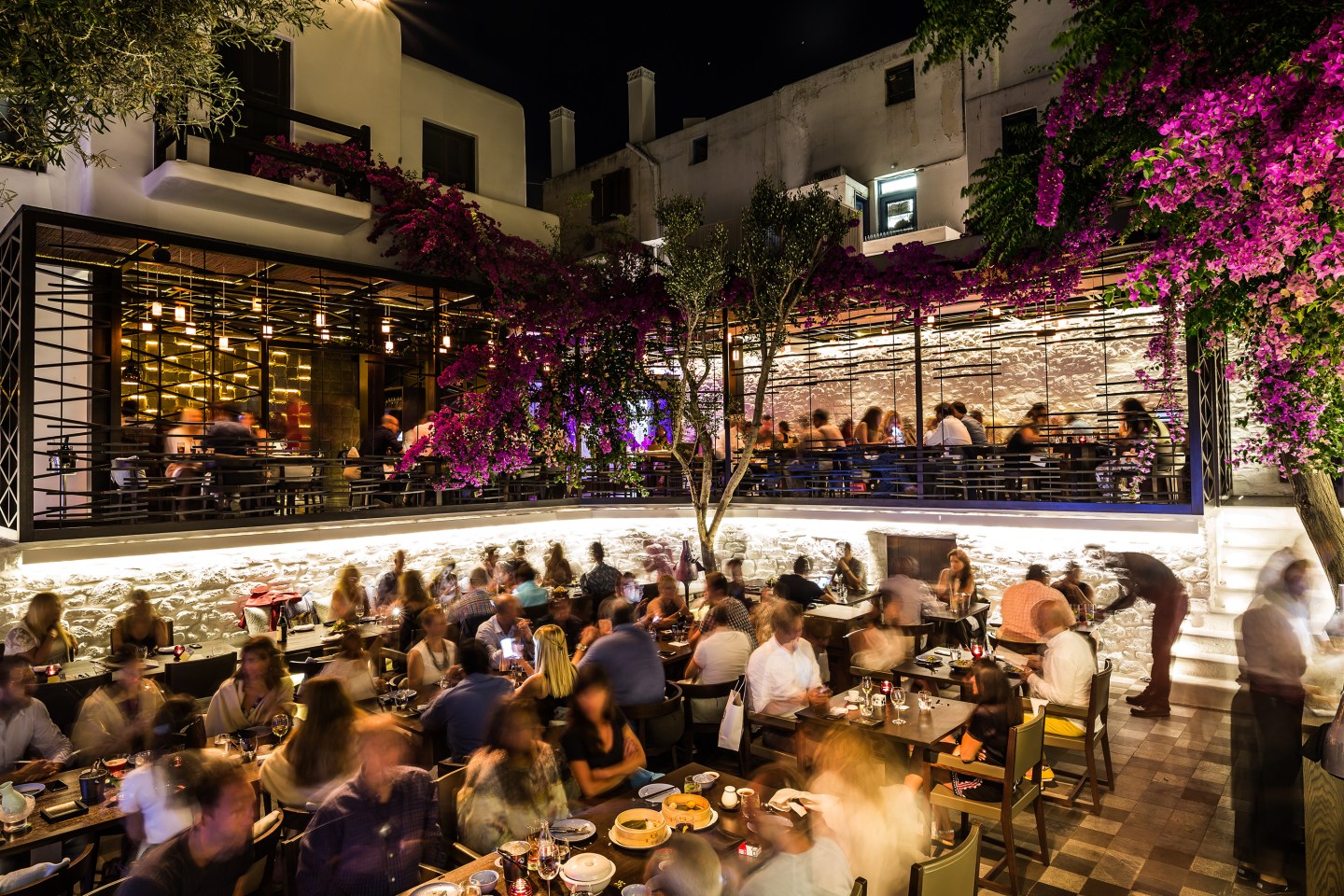 Hakkasan's Ling Ling restaurant in Mykonos. The Michelin star restaurant will soon open 10 restaurants in Mexico by 2026.
Courtesy of Hakkasan

Beginning next year, Hakkasan Group, which owns restaurants and clubs around the world, including the Michelin-starred Hakkasan and Yauatcha, will make a major jump into Mexico, opening 10 restaurants in Mexico City, Guadalajara, and Monterrey by 2026.

Mexico City has the “jet-set customer base we’re looking for,” says Michael Ryan-Southern, chief financial officer for Hakkasan Group, describing the location as an attractive market and developing international hub.

The first restaurant will be a fourth outlet of Ling Ling, which Hakkasan Group describes as its “izakaya brand,” located on the 56th floor of the upcoming Chapultepec Uno building in Mexico City. The building—which will house a new Ritz-Carlton hotel on floors 36 through 47—will be one of the tallest buildings in the city upon completion.

Hakkasan Group started with its eponymous restaurant in London in 2001. The Hakkasan Mayfair earned its Michelin star in 2003, and its parent group has since expanded to include a wide variety of restaurants (Ling Ling, Yauatcha, Sake No Hana, Casa Calavera, Herringbone, Searsucker) and clubs for both night and day (Hakkasan, Omnia, Jewel, 1Oak, Wet Republic, Liquid).

“The biggest challenge was finding the right partnership,” Ryan-Southern says of the group’s planned expansion. “We’re not keen on going into markets where we can’t maintain our level of standards.” For its bulk expansion into Mexico, the group partnered with Grupo Restaurantero Dinar, which has brought a wide variety of restaurant projects from known international brands into Mexico.

“It’s one of the most iconic groups worldwide,” says Javier Romo, Dinar owner and managing partner, of the Hakkasan Group. That characterization fits not only with what he wanted to bring to Mexico but also with the firms’ combined vision for the Chapultepec Uno space: a 360-degree view from the top of one of the biggest buildings in Mexico City, one of the biggest cities in the world.

“In the past few years, there’s been growth in the gastronomic scene in Mexico City,” Romo says, noting the presence of local restaurants on worldwide best-restaurant lists. “The market is demanding more sophisticated concepts.”

At Ling Ling, Hakkasan and Dinar will offer a combination of fine food and nightlife that flow together smoothly over the course of an evening. The menu will include some of the signature dishes available at other locations, such as the supreme dim sum platter, featuring Chinese-style dumplings made with luxury ingredients (think Ibérico pork, truffles, foie gras); the crispy duck salad; and Peking duck; as well as extensive cocktail and wine lists—and likely bottle service later on at night. Hakkasan Group executive chef Andrew Yeo and Grant MacPherson, senior vice president of restaurants, will be involved in developing menus for each venue, though no permanent head chef yet has been named.

While the Mexico City opening is scheduled for the final quarter of 2020, decisions as to which brands will open when and where have not been finalized. Ryan-Southern notes that Hakkasan Group may choose to develop new brands that are a better fit for the Mexican market, rather than try to open an existing brand that might not jibe as well with local culture.

The bulk deal is the first of several that Hakkasan Group is working on as it grows aggressively worldwide. While the Mexico City opening will be key for the group, it’s likely to be just one of a few in the coming year.

—These “beauty brunches” prove that wellness is more than skin deep
—Vietnamese egg coffee is taking North America by storm—but what is it?
—Shake Shack’s culinary director is dreaming up new menu items around the world
—Philadelphia’s Pizzeria Beddia wants to be more than just the “best pizza in America”
—Listen to our new audio briefing, Fortune 500 Daily
Follow Fortune on Flipboard to stay up-to-date on the latest news and analysis