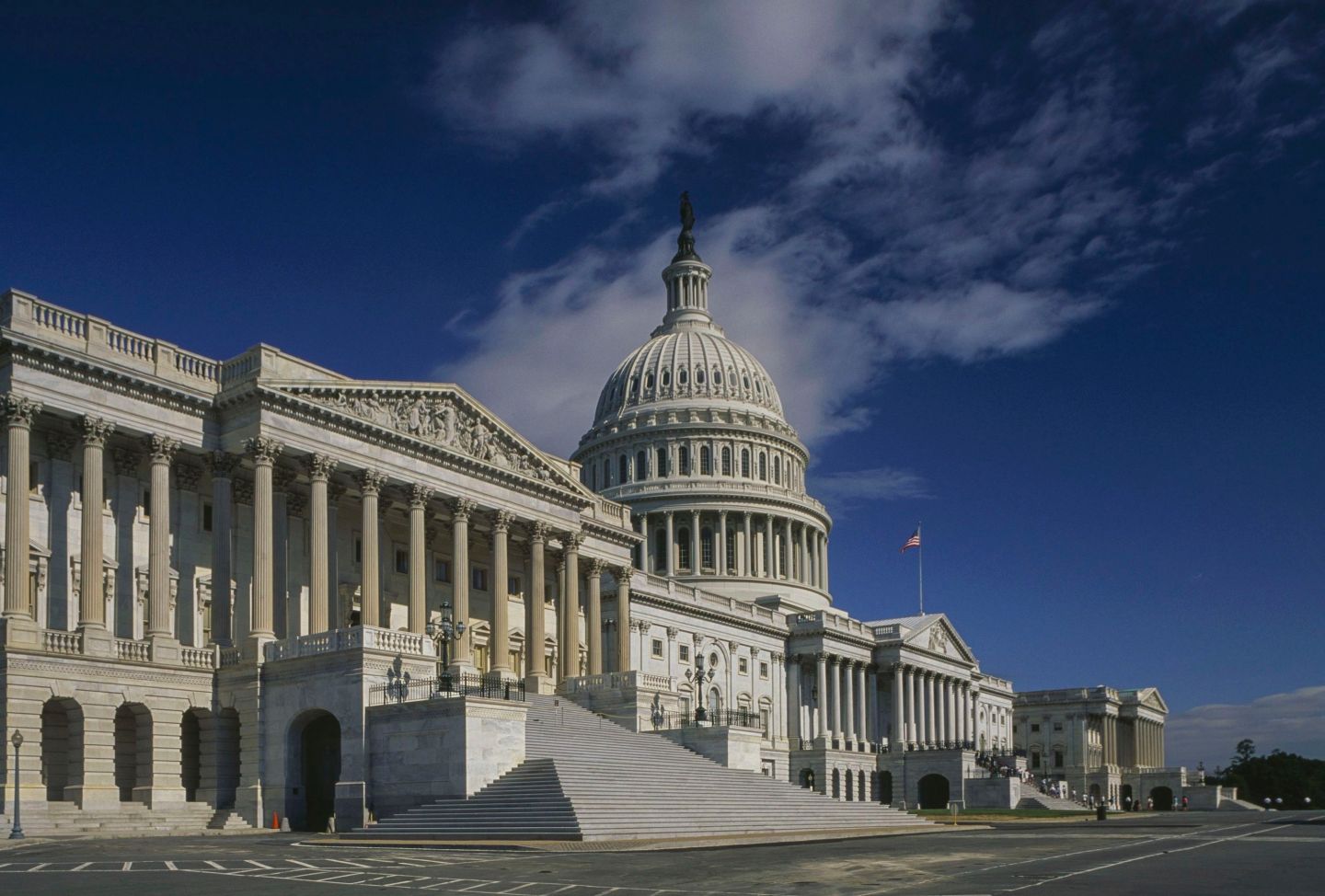 A bill funding the U.S. government through Nov. 21 is headed to President Trump, who is expected to sign the measure forestalling a potential government shutdown. M. Borchi /Contributor/Getty Images
M. Borchi—Getty Images

The Senate passed a temporary government-wide funding bill on Thursday that staves off the risk of a government shutdown through Nov. 21.

The measure buys additional time for lawmakers to unclog a $1.4 trillion bundle of yearly spending bills that is hung up amid fights over President Donald Trump’s border wall and abortion. Those measures face a variety of obstacles, and it’s not clear whether Congress will pass them.

The temporary funding bill, approved in July by the Democratic-controlled House, passed the Republican-controlled Senate by an 82-15 vote and heads to the White House for Trump’s expected signature. The federal fiscal year ends Sept. 30 and a new one begins Oct. 1, requiring a stopgap funding bill.

The measure averts a potential government shutdown such as one lasting 35 days, ending in January, caused by the president’s anger over Congress not allocating enough money in the federal budget for his U.S.-Mexico border wall.

Securing temporary funding to keep the government running comes as the Senate Appropriations panel cleared five permanent 2020 spending bills, including a $71 billion homeland security measure, which would give Trump his full $5 billion request to build about 200 miles (322 kilometers) of fencing along the U.S.-Mexico border.

The committee approved the homeland security measure by a 17-14 vote, with Sen. Joe Manchin of West Virginia the only Democrat in favor. However, the money faces an uphill slog and is a nonstarter with Democrats controlling the House.

“A wall will do nothing to address the current situation at the border, where most people arriving are asylum seekers who turn themselves in,” said top Appropriations Democrat, Patrick Leahy of Vermont. “But will forever change its landscape. It will cut ranches in two, rob Americans of their property, destroy sensitive lands, and threaten wildlife. This is a waste of taxpayer dollars and bad for our country.”

Trump won $1.4 billion for the wall earlier this year through the regular budget process. He almost immediately declared a national emergency that triggered his ability to conduct a recently announced $3.6 billion transfer from military base construction. If the $5 billion is added to prior-year appropriations and various transfers from the Pentagon, Trump will have obtained almost $15 billion for the wall.

Meanwhile, the panel also approved a measure to kill a $4,500 cost-of-living pay raise that lawmakers are supposed to receive under a 1989 pay reform measure. The pay raise has been blocked since 2009. House leaders in both parties had been trying to orchestrate a maneuver to allow the pay raise to go ahead.

Rank-and-file lawmakers make $174,000 per year, a healthy wage, but rising housing and college costs are making it more difficult for members who aren’t well off to remain in Congress.

—Did the Trump White House try to cover up the whistleblower complaint?
—A running list of questions on the impeachment inquiry, answered
—5 allegations made in the declassified whistleblower complaint
—What is CrowdStrike? Trump mentioned the company in his Ukraine call
—These are the key players in the Trump impeachment inquiry
—The 25 most powerful women in politics
Follow Fortune on Flipboard to stay up-to-date on the latest news and analysis.