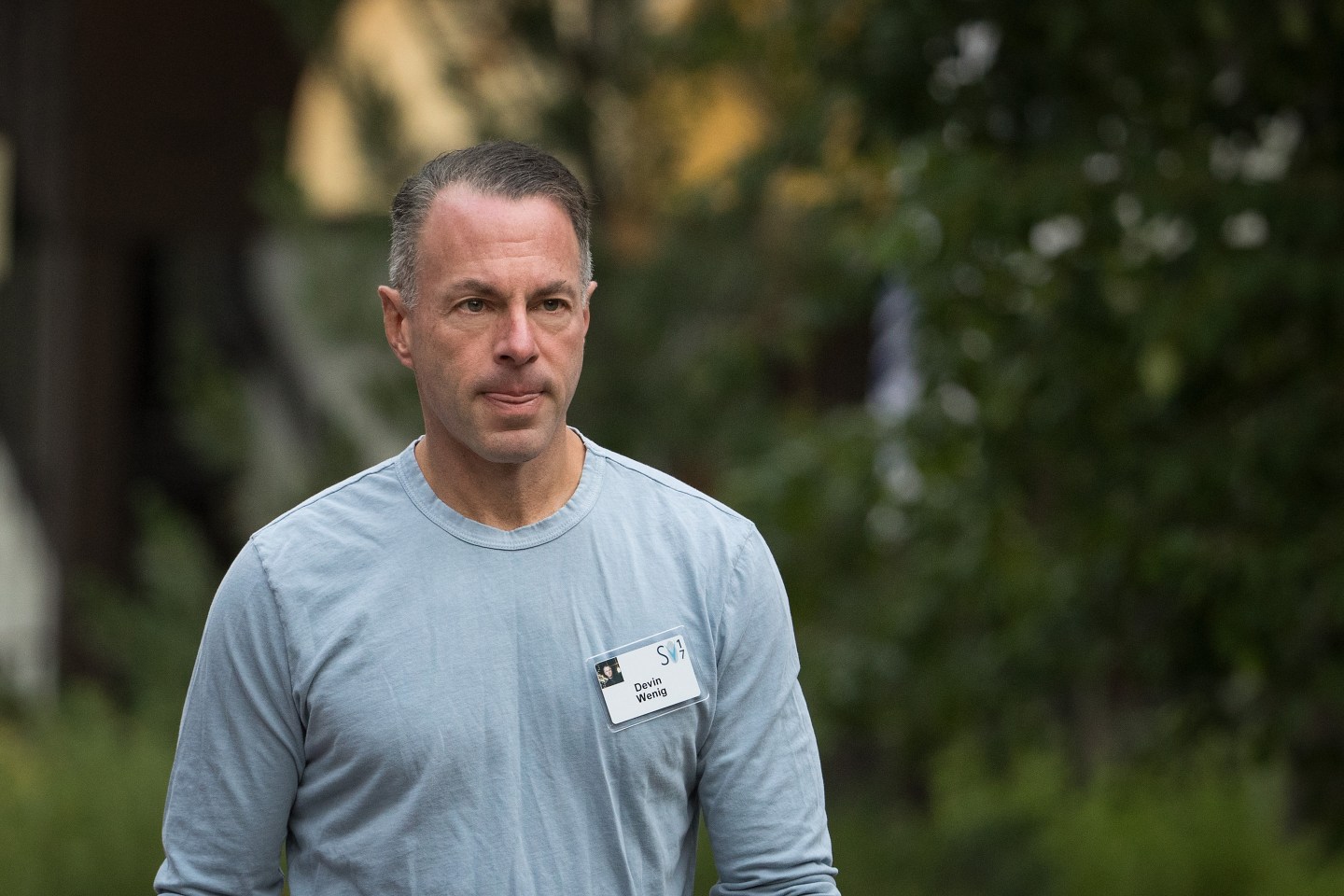 eBay Chief Executive Officer Devin Wenig is stepping down amid pressure from activist investors to break the company apart.

Paul Singer’s Elliott Management Corp., which owns a 4% stake, demanded in January that the company make “urgently needed” changes, including selling assets, such as ticket-selling site StubHub and the Classifieds Group, and buying back shares. In March, eBay reached an agreement with Elliott and another activist investor, Starboard Value, to appoint two new directors and undertake a strategic review of its portfolio assets. EBay said Wednesday it would provide an update this fall on the ongoing review, which is being conducted with the assistance of Goldman Sachs & Co.

“In the past few weeks it became clear that I was not on the same page as my new board,“ Wenig said in a tweet. “Whenever that happens, it’s best for everyone to turn that page over.”

Wenig, 52, took over eBay following its split with PayPal in 2015 and made bold promises of returning the marketplace to prominence. To compete against Amazon.com, Wenig tried to freshen eBay’s image with younger shoppers, made the site easier to navigate and harnessed artificial intelligence to give eBay merchants real-time insights about what shoppers want and how much they’re willing to pay. But the results have been slow going and eBay has continued to watch Amazon grow at a much faster pace and gobble up more marketshare and customers.

EBay’s financial reports have showed paltry growth this year, with revenue increases of only 2% in the first two quarters and analysts expect no increase in the third quarter and a decline of 1% in the fourth, according to estimates compiled by Bloomberg. Gross merchandise volume—the value of all goods sold on eBay properties—fell 4.4% to $22.6 billion in the second quarter from a year earlier.

Wenig had tried to differentiate eBay from Amazon by emphasizing that eBay didn’t compete with sellers by selling it’s own similar products and he downplayed the importance of fast shipping, saying eBay wasn’t the place for shoppers who want paper towels in an hour. Instead, Wenig highlighted eBay’s inventory of unique items.