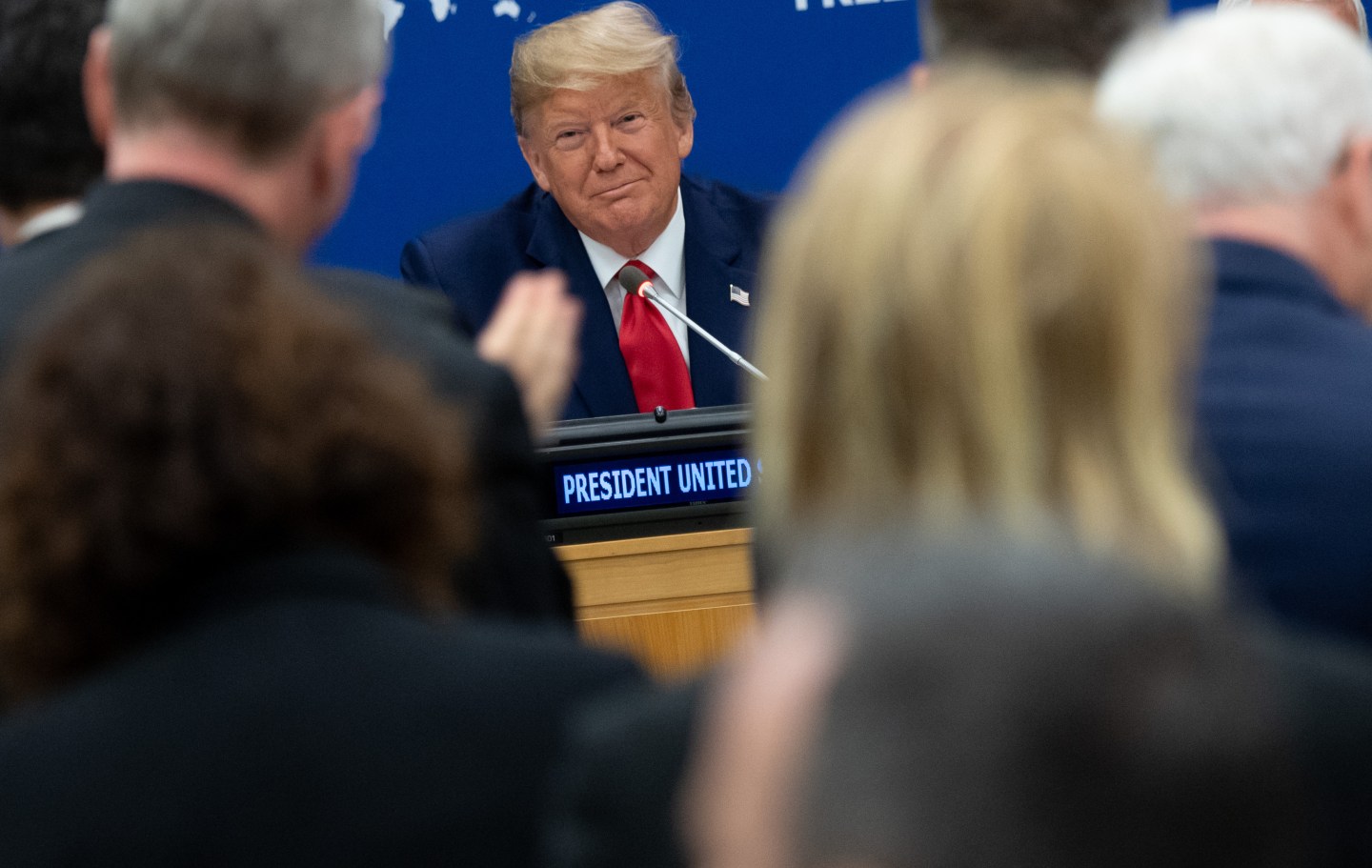 President Donald Trump is renewing his willingness to mediate negotiations between India and Pakistan over the disputed Himalayan region of Kashmir, claiming he has “never failed as an arbitrator.”

Kashmir is divided between India and Pakistan, and each claims rights to all of it. The nuclear-armed rivals have fought two wars over the region’s control.

Trump said Monday he is hopeful the two nations can come together and do something smart but both sides would need to agree on his involvement. That’s something India has resisted.

Trump says “you have to have two parties who want to agree.”

The Republican president is meeting with various world leaders at the United Nations.

Trump didn’t elaborate Monday at the start of UN meetings in New York about a possible fourth meeting with Kim over the North’s expanding nuclear program.

North Korean nuclear talks have been stalled despite past meetings between Trump and Kim, and the North has staged a series of short-range missile and artillery tests recently. Trump meets with South Korean President Moon Jae-in later Monday.

The president will also speak Tuesday before the U.N. General Assembly, two years after he used the moment to deride Kim Jong Un as “Little Rocket Man” and threaten to destroy North Korea.

President Donald Trump is calling on world leaders to take action to protect religious freedom in the wake of rising persecution of people based on their faith and beliefs. It’s an issue that resonates with evangelicals who support the president’s reelection.

In a speech at the United Nations on Monday, Trump says about 80 percent of the world’s population live in countries where religious liberty is threatened, restricted or even banned. He says people of all faiths are being jailed, sanctioned, tortured and killed — often at the hands of their government — simply because they expressed their beliefs.

He says it’s the “moral duty” of all nations to stop the crimes against people of faith, release prisoners of conscience and repeal laws restricting religious liberty.

Trump is beginning three days of meetings at the U.N.

President Donald Trump heads into his three-day visit to the United Nations this week hoping to lean on strained alliances while fending off questions about whether he sought foreign help to damage a political rival.

A centerpiece of this year’s U.N. schedule will be a Monday session on climate change that Trump plans to skip.

Instead, he will address a meeting about the persecution of religious minorities, particularly Christians, an issue that resonates with Trump’s evangelical supporters.