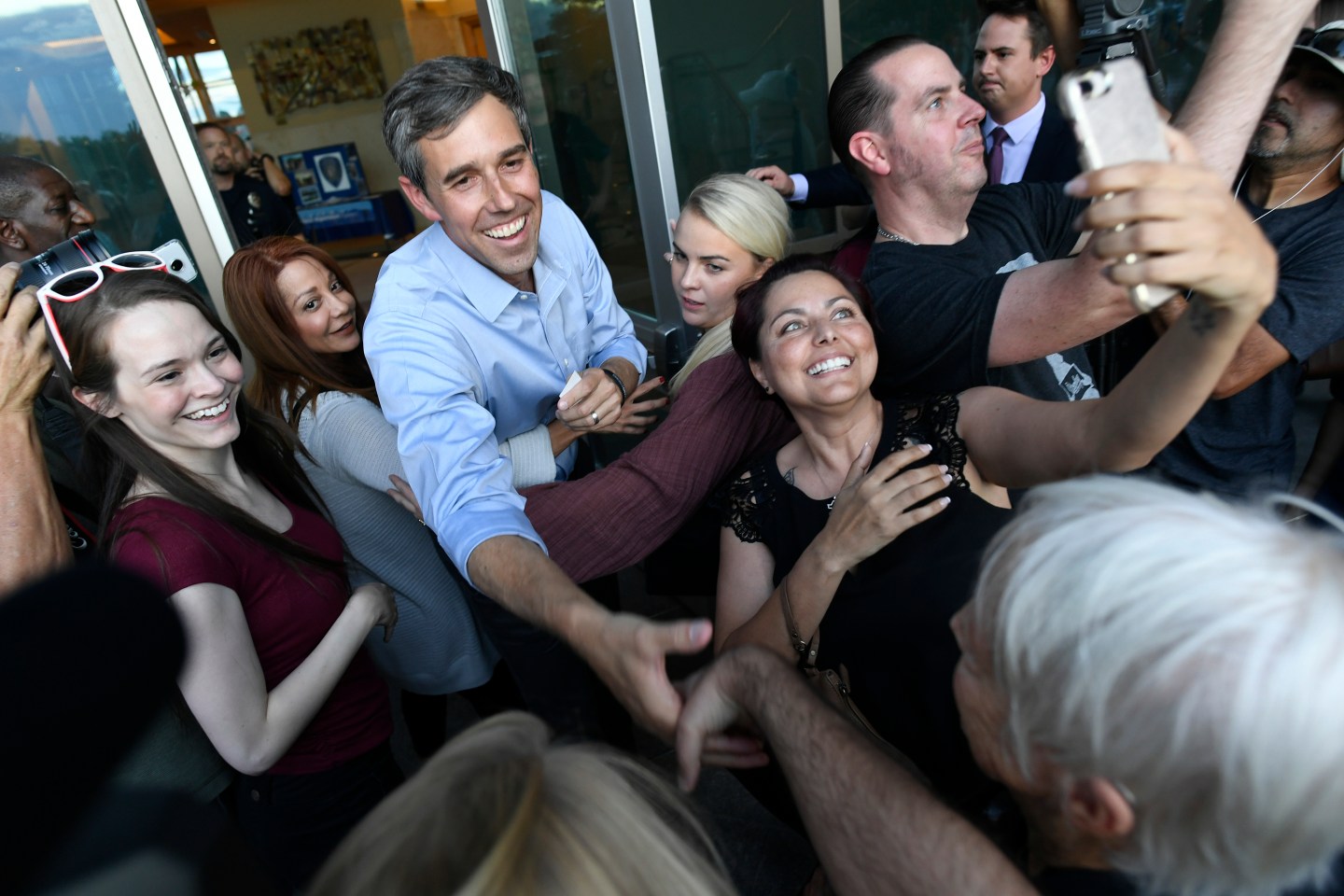 A roundup of some of the most popular but completely untrue stories and visuals of the week. None of these is legit, even though they were shared widely on social media. The Associated Press checked them out. Here are the real facts:

CLAIM: Democratic presidential candidate Beto O’Rourke is a convicted felon who can’t own a gun, and while campaigning for president has said he will send men house-to-house to take away guns.

THE FACTS: O’Rourke has not been convicted of felony crimes, nor has he faced felony charges. He did not call for house-to-house confiscation of guns, but he has said he would act to take assault-type weapons from the general public through a mandatory buyback program. Posts circulating on Facebook and Twitter falsely suggest that O’Rourke wants to enforce a ban on guns because he is a convicted felon and, therefore, cannot legally own a gun. The online assertions were made shortly after the Sept. 12 Democratic presidential debate where, in response to a question about gun control, O’Rourke said, “Hell, yes, we’re going to take your AR-15, your AK-47, and we’re not going to allow it to be used against your fellow Americans anymore.” The former congressman’s hometown of El Paso was the site of a mass shooting in August at a Walmart that left 22 people dead. O’Rourke has talked about owning and using firearms, telling the AP in a March interview that he inherited guns belonging to his great uncle, who taught him how to shoot. O’Rourke has said he has been arrested twice. He faced misdemeanor burglary charges in 1995 for jumping a fence at the University of Texas at El Paso, which were dropped. A 1998 drunk-driving charge was dropped after he completed a court-ordered diversion program.

THE FACTS: The photo has been altered. In the original photo, the women are wearing T-shirts that say “I’m a Trump girl 2020,” with a stiletto heel image. The manipulated photo was shared widely in posts on Facebook and Twitter last week with captions implying that the women were proud to wear the shirts in support of President Donald Trump. Gerri McDaniel, who is pictured, told the AP the photo was taken at a hotel on July 17 before the women went to a Trump rally in Greenville, North Carolina. McDaniel said she and the other women often wear their Trump girl T-shirts when they attend events in support of the president. She said she and her friends thought it was “disgusting” that the photo was manipulated. “We would never wear a shirt that said anything like that,” she said. McDaniel shared the original photo on her Twitter account on July 18 with the caption, “Women for Trump were on the move in Greenville, NC at the Trump Rally. So much support it was hard not to be excited.” Trump was criticized after the Greenville rally for intensifying attacks on four new U.S. congresswomen of color. The crowd responded by chanting, “Send her back!”

CLAIM: Video shows a Somali gang violently beating and robbing a man, part of a recent wave of violent attacks in downtown Minneapolis.

THE FACTS: Minneapolis police have “no indication” that suspects charged in the Aug. 3 attack on a man outside of Target Field, which was captured on surveillance video, are Somali, police spokesman John Elder told the AP. Surveillance video of the man being punched, stomped on, kicked and stripped of his clothes by roughly a dozen people in downtown Minneapolis has been shared in social media posts with users wrongly attributing the crime to a Somali immigrant gang. Some of the inaccurate posts also blame Somali gangs for an increase in downtown robberies. Elder said that accusation is also untrue. Police said a total of 18 people have been charged in connection with two violent attacks in downtown Minneapolis, including the one on Aug. 3. In the second case, a man told police that on Aug. 17 he was surrounded by a group who kicked and punched him in an attempt to take his wallet. “There is no indication that any of the suspects were of Somali descent,” Elder told the AP. The suspects ranged in age from 15 to 27 years old.

THE FACTS: Haspel is not the woman in the photograph. The photo shows former Army Spc. Sabrina Harman smiling and giving a thumbs-up as she poses next to a body at Abu Ghraib prison in Iraq. Harman was in several 2003 photographs taken at the prison that depicted abuse of prisoners. The photo with the false caption circulated on social media after President Donald Trump nominated Haspel as CIA director in 2018 and re-emerged on Facebook last week. The photo has been used with articles, including a 2008 story in The New Yorker, where Harman was named as the source. The photo is similar to ones the AP obtained of Harman posing next to inmates at Abu Ghraib. In one of those, Harman wears a beanie as she smiles and gives a thumbs-up next to a bleeding detainee. The photos of Harman and other soldiers were leaked in 2004 during President George W. Bush’s re-election campaign. They sparked international outcry over human rights abuses faced by the inmates. Harman was convicted in 2005 on several counts of mistreating detainees.