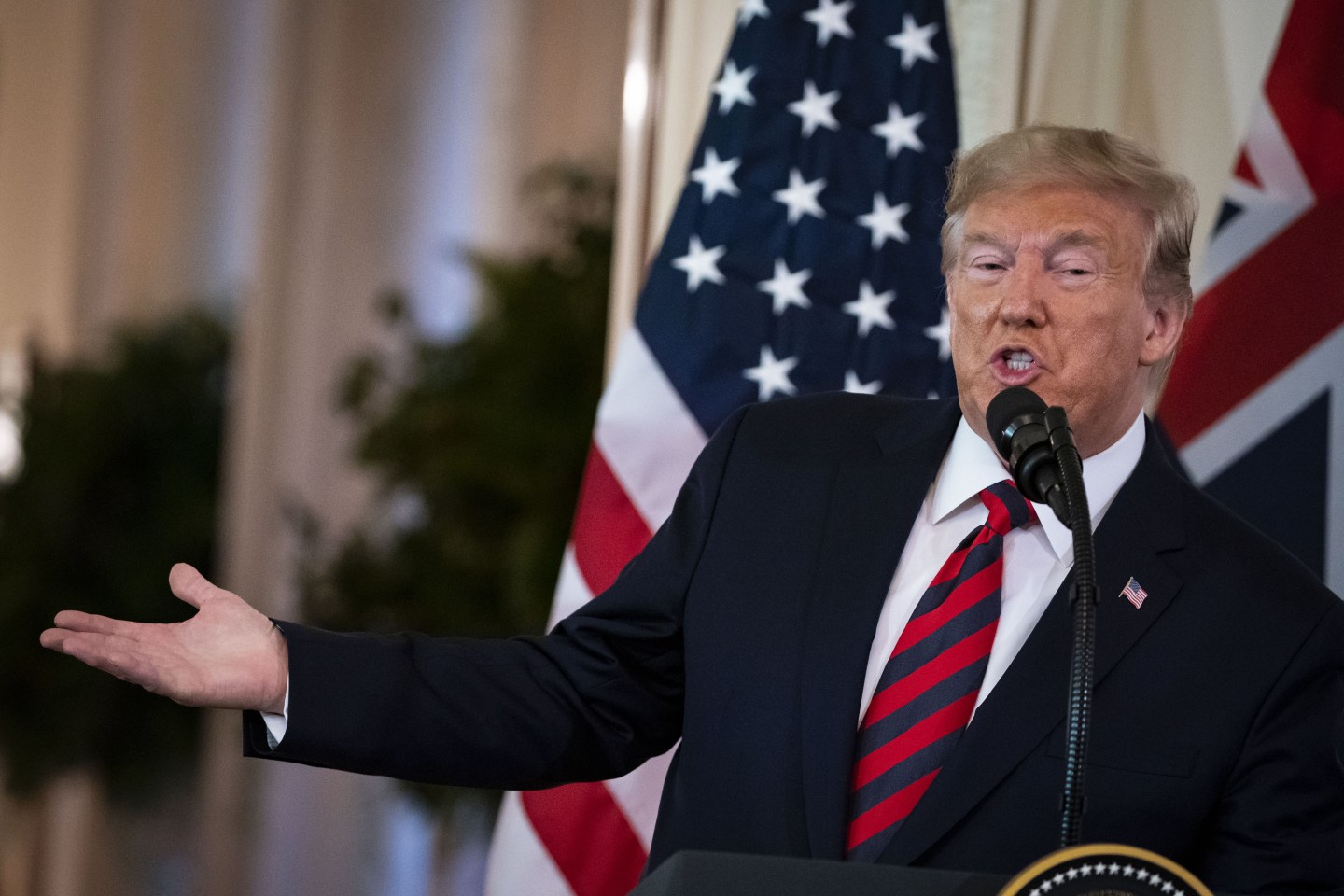 U.S. President Donald Trump, speaks during a news conference with Scott Morrison, Australia's prime minister, not pictured, in the East Room of the White House in Washington, D.C., U.S., on Friday, Sept. 20, 2019. Morrison's lavish visit to the White House on Friday- including the second State Dinner of Trump's presidency - comes at a critical time as both nations seek to counter China's growing influence in the South Pacific. Photographer: Al Drago/Bloomberg via Getty Images
Photographer: Al Drago/Bloomberg via Getty Images

The United States and El Salvador have signed an agreement that may eventually force migrants seeking asylum to first seek refuge in El Salvador, one of Central America’s most violent countries, instead of coming to the United States.

Hill Tinoco said her country has not been able to give its citizens “enough security or opportunities” to stay home and that the U.S. will help improve the situation.

The agreement could lead to migrants from other countries obtaining refuge in El Salvador even though many Salvadorans are fleeing their nation and seeking asylum in the United States.