No Joke: How Fireman-Turned-Comedian Brian Quinn Tapped into the Brewery Business on Staten Island 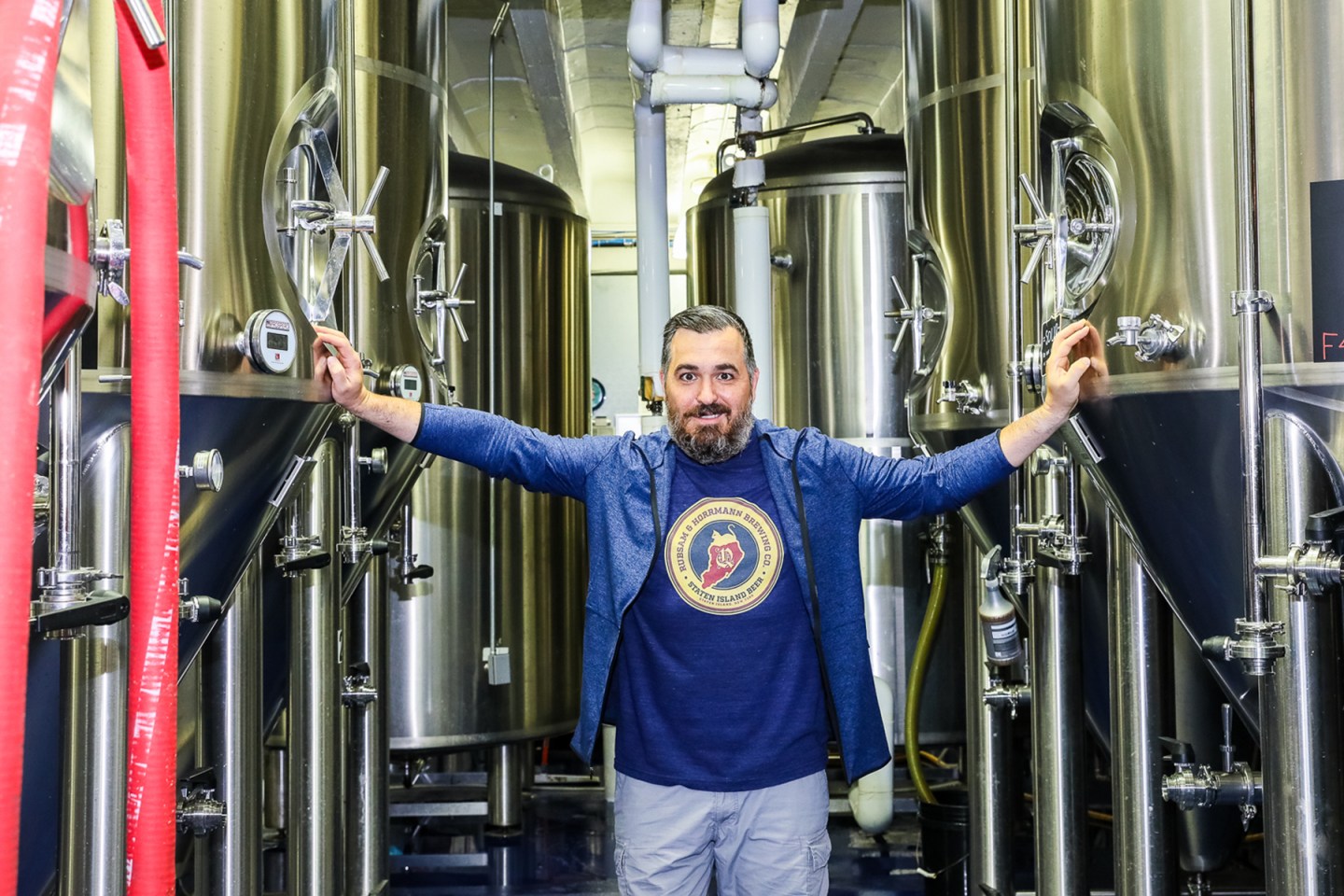 It’s almost a rite of passage for stars of stage and screen: Hit the bigtime, open your own winery. Like Angelina Jolie, whose estate in France’s Provence region produces award-winning vintages.

The star of long-running TruTV prank show “Impractical Jokers” snapped up the name to Rubsam & Horrmann, a defunct brewery from New York City’s “Forgotten Borough.” The name might be unfamiliar to modern-day beer lovers, but it produced German-style lagers from 1870 all the way to 1953, when the taps were finally turned off.

“I love beer and I love Staten Island, so I figured: Why not try to bring it back?” says Quinn, 43.

As a member of popular comedy troupe “The Tenderloins,” Quinn already thinks of the group as pretty business-savvy. Their mini-empire includes TV shows (including the upcoming “The Misery Index” on TBS), a Caribbean cruise for fans, and a tour that grossed $10 million over the last year, making them one of the top-earning comedy acts in the nation.

But brewing beer is, well, a different sack of hops. “What do I know about opening a brewery? Nothing,” he quips.

It’s also an increasingly competitive space. Craft breweries generated $27.6 billion in 2018 sales, accounting for almost a quarter of the entire U.S. beer market, according to the Brewers Association. Those sales are up 7% in a year, even as the broader beer market dipped lower.

Along the way, Quinn has discovered that startup life is anything but funny business. Everything from securing federal and state approvals, to finding facilities to partner with, to getting bars and restaurants to carry his brand, has been a tricky recipe to get right.

Maybe even more difficult than some of the famous punishments from his TV show – like getting strapped down and covered with tarantulas, or zapped with simulated pregnancy contractions.

To help handle the brewery’s business end, Quinn brought on Cara Gordon, a veteran of Staten Island’s Flagship Brewery, which brought beermaking back to the borough in 2014.

One problem: The ingredients of Rubsam & Horrmann’s classic beers had been lost to the mists of time, or might be “sitting in someone’s attic somewhere,” says Quinn.

“We couldn’t find the original recipes, so we had to create our own,” says Gordon. “We kept the German history in mind, did some market research, and figured out what people want to drink these days.”

The result, developed in concert with brewer Amanda Mayer: A German-style pilsner, an amber ale, and a West Coast-style IPA. To make sure they hit the spot, Quinn—formerly a New York City fireman, before his comedy career—arranged tastings for his FDNY buddies.

So far Quinn estimates he has sunk mid-six figures into the venture, including about $10,000 to revive the dead trademark. He is starting out as a contract brewer—meaning that he doesn’t have his own brick-and-mortar facilities, but is partnering with existing brewers to whip up the batches.

However delicious the beer is, it will be a challenging road ahead. More American microbreweries may be opening than ever before, but more than ever are shutting down —123 in 2018 alone, according to the Brewers Association.

But with Quinn’s celebrity behind the brand—along with assists from fellow Tenderloins Joe Gatto, Sal Vulcano and James Murray—Gordon sees a road to success ahead. The brand’s relaunch is taking place Sept. 21 at Flagship Brewery’s taproom, with the brews being simultaneously rolled out at a number of Staten Island and Manhattan bars and restaurants.

The five-year plan is to keep adding new regions and new brewing partners. But the brand’s roots—and Quinn himself—are decidedly Staten Island. His hope is that the borough will be forgotten no more, and stake out its proper place in the nation’s taprooms and beer fridges.

“I only wanted to do it because it sounded like fun, and because I love Staten Island,” he says. “I might be an idiot. But if it’s not fun, then what’s the point?”

—Rwanda’s newest luxury safari lodge offers a plush sanctuary for your next getaway
—This tiny Caribbean island grows 44 types of mangoes
—This is where Oprah stays when she vacations at the Jersey Shore
—New Zealand’s hottest destination is one you’ve never heard of
—What it means to be the chief purpose officer at the world’s largest adventure travel company
Follow Fortune on Flipboard to stay up-to-date on the latest news and analysis.