Where Are Wall Street’s Women CEOs? The Broadsheet 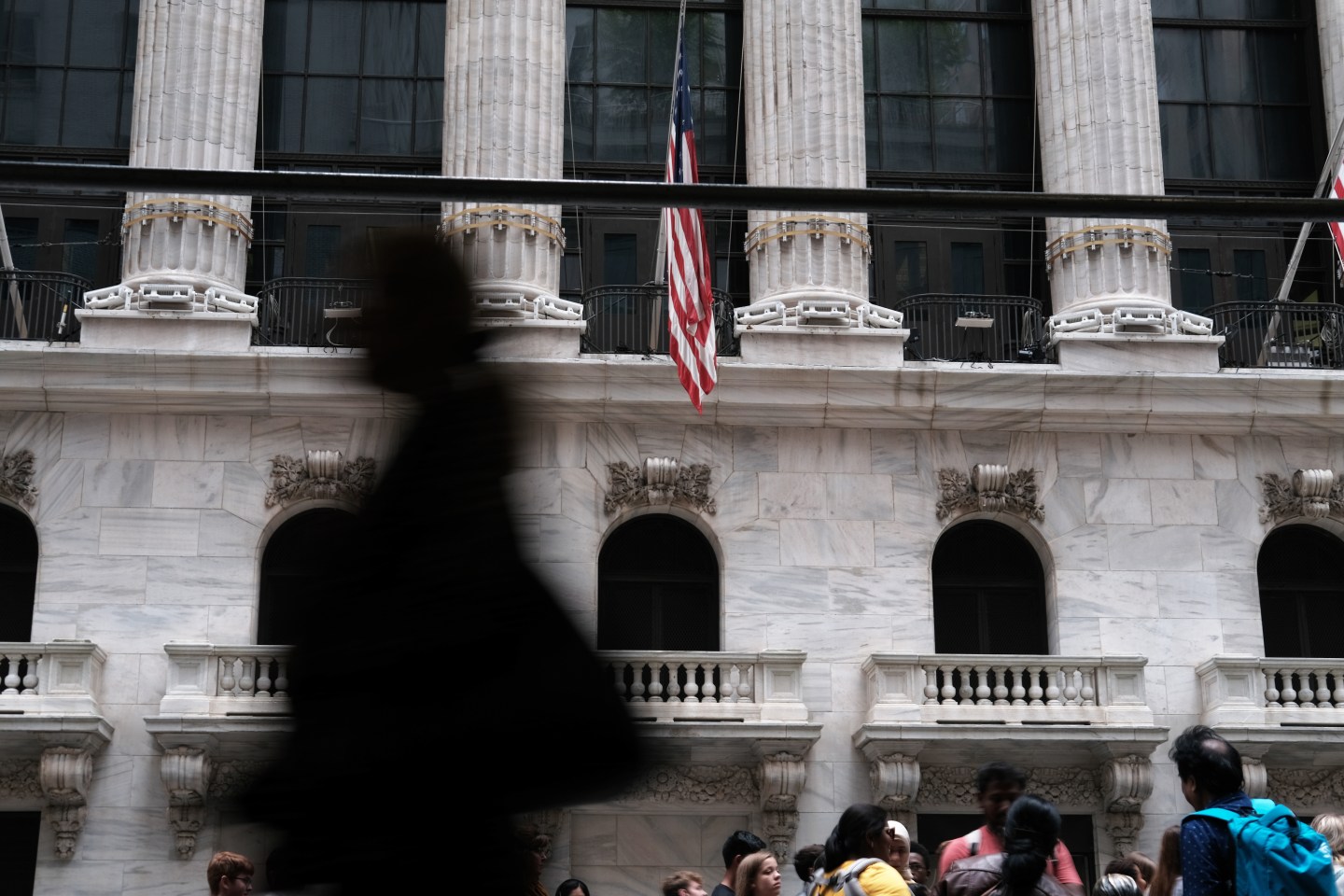 Good morning, Broadsheet readers! Lloyd’s of London’s chief admits to a sexual harassment problem, the U.S. abortion rate reaches a low since Roe v. Wade, and we wonder what’s behind Wall Street’s streak of all-male CEOs. Have a lovely Thursday.

- Where are Wall Street's women CEOs? At a Congressional hearing in April, Rep. Al Green (D–Texas) put a finer point on what was already known. He asked the seven white, male megabank CEOs sitting before him to raise their hand if they thought a woman or person of color would be their successor. Not a single hand went up, reiterating that the tip-tops of U.S. bank elite are all white, all male and, perhaps, going to stay that way.

Other industries have seen their first female CEOs take the corner office—think GM’s Mary Barra in 2014, GlaxoSmithKline’s Emma Walmsley in 2017—and the #MeToo movement has recalibrated the power dynamics of Corporate America, yet banking stands out for its stubborn homogeny at the leadership level.

For the new issue of Fortune, I tried to answer a simple question: Why?

The many women I talked to credited the industry with addressing the big stuff; many starting classes are near gender parity, for instance. But it’s the small stuff—“microdecisions,” as State Street’s Donna Milrod put it—that’s keeping women from reaching the upper echelons of the industry. Women don’t have the same access to information, they can be overlooked for stretch assignments, they’re over-mentored and under-sponsored.

At the same time, those who talked to me pointed to one bank—JPMorgan Chase—as being the likeliest to break megabanks’ all-male CEO streak. There, three women—CEO Marianne Lake, CFO Jennifer Piepszak, and asset and Wealth Management CEO Mary Erdoes—are in the mix when talk turns to Jamie Dimon’s successor.

But for now, the biggest banks in the U.S. are at a standoff. Women want to be CEOs but are deemed not quite ready. Boards and shareholders say they want diverse leadership, but just can’t quite seem to find the right candidate once the top job opens up. “In theory, this is an analytical business, and what should matter here is performance," says Sallie Krawcheck, cofounder and CEO of Ellevest and once one of the highest-ranking women on Wall Street. "And yet in the most analytical of industries it hasn’t mattered.”

You can read my full story here.

- Survey says... Lloyd's of London chief executive John Neal responded to a March Bloomberg investigation of a pervasive culture of sexual harassment at the insurance market. After conducting a survey of 45,000 people who work at Lloyd's, Neal acknowledged the problem, saying the findings "[validate] that those problems exist." Guardian

- Cover duo. The Wing is the cover story for Inc.'s female founders issue, with a milestone: CEO Audrey Gelman is the first visibly pregnant woman to be on the cover of a business magazine. Inc.

- Bad energy? As WeWork's pending IPO stumbles, the Wall Street Journal investigates the unusual leadership style of CEO Adam Neumann—including the at times baffling role of his wife and WeWork's chief brand officer, Rebekah Neumann (née Paltrow; she's a cousin of Gwyneth). She "has ordered multiple employees fired after meeting them for just minutes, telling staff she didn’t like their energy" and, employees say, pushes spiritualism at the company. Wall Street Journal

- Roe low. The abortion rate in the United States has dropped to its lowest level since Roe v. Wade in 1973. In 2017, there were 13.5 abortions per 1,000 women aged 15 to 44, an 8% decline from 2014. The reasons: a declining pregnancy rate, but also a growing disparity in abortion access in liberal and conservative states. CBS News

- Makeup moves. Ongoing protests in Hong Kong, which continue to shutter stores and block streets, are hurting sales for Estée Lauder, according to CFO Tracey T. Travis; she said the protests have had a "big impact" at Fortune's Most Powerful Women International Summit in Toronto. In other cosmetics news, Johnson Publishing Co. is putting Fashion Fair Cosmetics, the first makeup line created for women of color, up for sale.

- The odd couple. The Seligs are well-known billionaire real estate developers in Seattle. The elder, Martin Selig, is an 82-year-old Trump supporter; his daughter Jordan Selig is 32 and hoping to reshape the city by making her family's giant buildings environmentally-friendly. Bloomberg

- Defining women. Nearly 30,000 people signed a petition urging the Oxford University Press to change sexist definitions of the word "woman" in some of its dictionaries. Synonyms for woman cited in some versions—ones that, Oxford points out, reflect "real-life use" of language—include "bitch, besom, piece, bit, mare, baggage, and wench." The petitioners want the dictionaries to eliminate all definitions that "connote men's ownership of women." Guardian

Isra Hirsi is 16, unbothered, and saving the planet Vice

Unbelievable is the most feminist crime show I've ever seen Vulture

What makes Mandy Moore's return to music so poignant The Atlantic

"Women are turning the light back on. There's so much healing in justice."

-Mariska Hargitay, reflecting on the #MeToo movement and her 21 years on Law & Order: SVU