Thomas Piketty’s Last Book Made Inequality a Major Issue. His New One Is a 1,200-Page Guide to Abolishing Billionaires 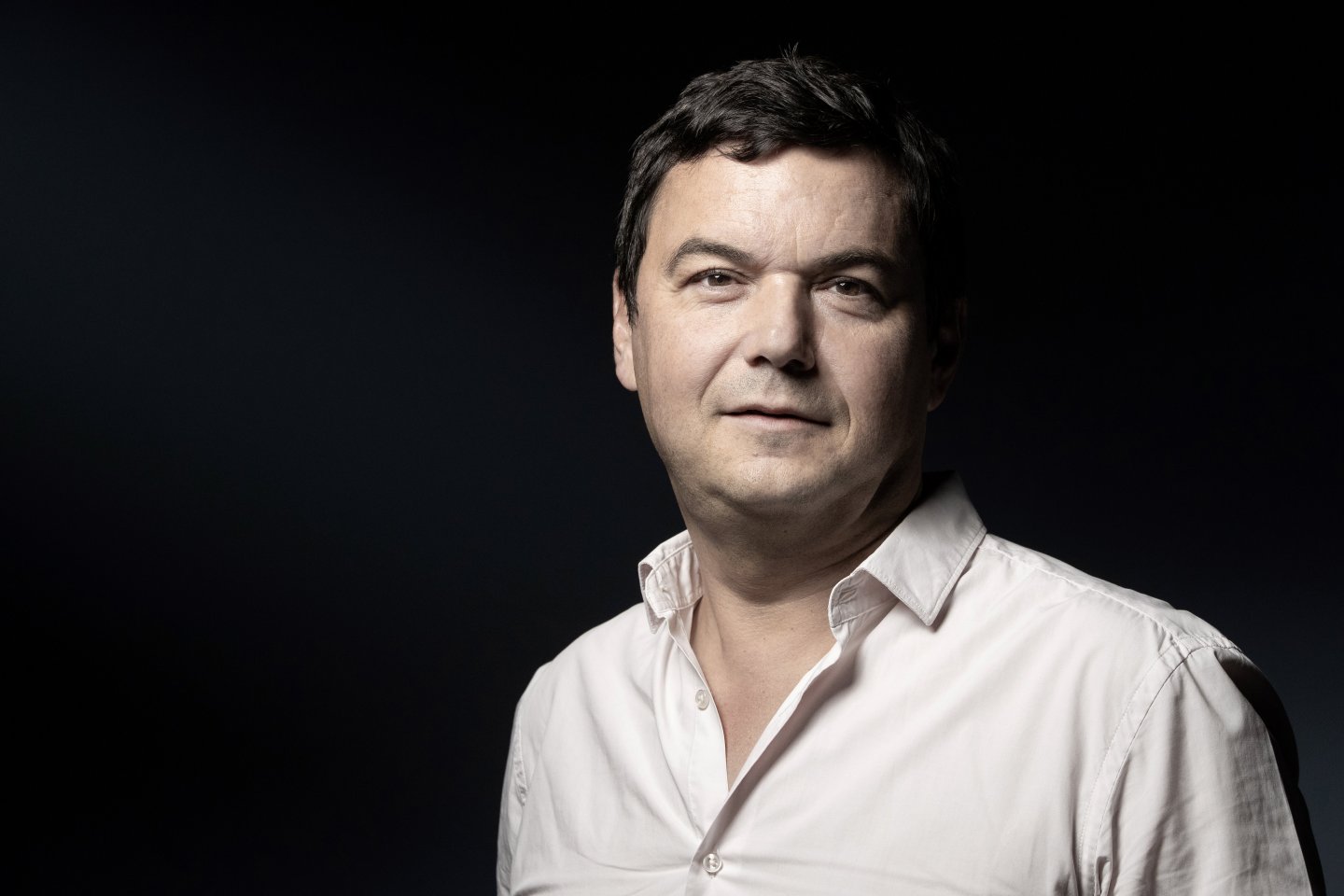 Thomas Piketty’s last blockbuster helped put inequality at the center of economic debates. Now he’s back with an even longer treatise that explains how governments should fix it –- by upending capitalism.

The French edition of “Capital and Ideology,’’ weighing in at 1,232 pages, comes out on Thursday (English speakers will have to wait till next year for a translation). It’s a sequel to “Capital in the 21st Century,’’ which has sold more than 2.5 million copies in 40 languages since 2013, according to its publisher.

Nobody can be sure how many of that book’s buyers actually got through all 900-something pages. But its impact has been undeniable.

Six years on, there are more politicians pledging to redress the skewed distribution of income and wealth. (One of them, U.S. presidential hopeful Elizabeth Warren, worked with two former Piketty aides to design a wealth-tax proposal.)

And it’s become common to hear inequality described as an urgent problem by billionaires like Warren Buffett and Ray Dalio.

All that suggests policy makers and investors would do well to acquaint themselves with Piketty’s latest thoughts — which sound pretty radical.

“The time has come to exit this phase of making property sacred, to go beyond capitalism,’’ the economist told French magazine L’Obs.

Piketty says he’s improved as a writer. “If you read one of them, read this one,’’ he told L’Obs.

And he says his new book addresses two shortcomings of the last one, which was too focused on Western economies, and didn’t give enough space to the political ideologies that lie behind inequality.

“Capital and Ideology’’ ranges across time and geography, with analysis of colonial, slave-owning and communist economies, and references to India, China and Brazil.

“In this book I will try to convince the reader that the lessons of history can be leaned upon to define a more demanding norm of justice and equality,” he writes, in an extract from the new book published by Le Monde newspaper.

Piketty says his conclusion is that it’s a mistake to see inequality as rooted in nature, or driven by changes in technology. Its real causes are to be found in politics and ideology — and that makes it easier to challenge.

But the fixes proposed by Piketty under the banner of “participatory socialism’’ would involve dramatic upheaval for the world’s developed economies –- and the success of his ideas at the ballot box has been limited.

The Socialist candidate he backed in France’s 2017 election crashed out in the first round, though President Emmanuel Macron’s government has at least echoed the language of Piketty’s call to rethink capitalism.

In the new book, according to L’Obs, Piketty argues that no shareholder should control more than 10% of voting rights at a company –- even if they hold a much bigger stake.

He backs a kind of capital handout for the public –- a variant of helicopter money. Piketty’s “inheritance for all’’ would grant all French citizens a lump sum of 120,000 euros ($132,000) when they reach the age of 25.

And he advocates a wealth tax to enshrine the idea that ownership of property above a certain value can only be “temporary’’. In France, for example, the scale would range from a 0.1% charge on wealth below the national average of 200,000 euros, to as much as 90%.

“The system I propose makes it possible to own several million euros, or even tens of millions, at least for a while,’’ Piketty told L’Obs. “But those with several hundred million euros, or several billion, will have to share power.’’

—Deutsche Bank CEO on European Central Bank: “Negative rates ruin the financial system”
—One of Asia’s richest men is buying a British pub business right before Brexit
—A U.K court may have made police use of facial recognition easier
—Uniqlo’s billionaire founder wants a woman to succeed him
—Listen to our audio briefing, Fortune 500 Daily
Catch up with Data Sheet, Fortune’s daily digest on the business of tech.