The Land Rover Defender Is Back 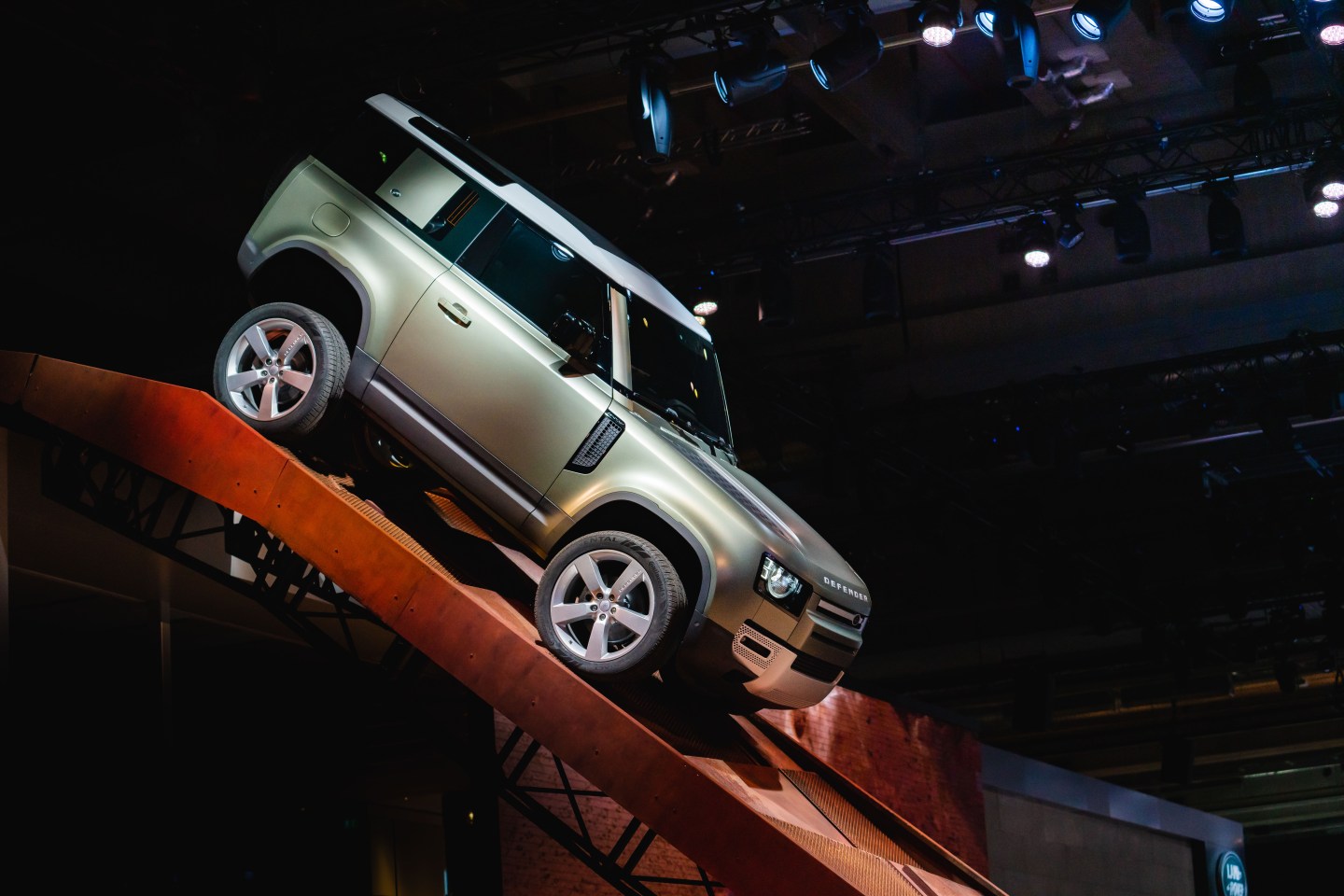 Land Rover resurrected its iconic Defender nameplate on Tuesday, returning the rugged 4×4 to the U.S. market after more than two decades away.

The boxy off-roader was discontinued stateside in 1997 but sold globally until Jaguar Land Rover halted production in 2016 due to safety regulations.

“Four years ago I had to make the difficult decision to stop production of the iconic Defender,” Ralf Speth, chief executive of Jaguar Land Rover, said Tuesday at the Frankfurt Motor Show. “Today I give you back the new Defender, the best ever.”

Starting just under $50,000, the Defender will go on sale early next year. Shorter wheelbase and plug-in hybrid versions will follow.

The modernized SUV retains its straight lines, right angles and rear-mounted spare tire. It gains features such as a lockable exterior cubby for muddy boots and a front-row jump seat. The middle seat, which boosts seating capacity to six or seven depending upon the model, will be popular “with teenagers and large dogs,” said Chief Design Officer Gerry McGovern.

The Defender comes equipped with several systems for conquering off-road terrain, including modes for grass, gravel, and snow. A “Wade” mode lifts the SUV’s suspension, adjusts its throttle, and locks the differentials to drive in up to nearly three feet of water.

Land Rover says it provides a quieter and more cushioned ride than the outgoing model and many of its rivals from Jeep, Toyota, and other brands. “It’s like being in a plastic, crinkly bag of potato chips in some of these cars,” said Alan Sheppard, Land Rover’s design director for interiors.

The SUV will be offered with a 296-horsepower turbocharged engine or with a mild-hybrid electric powertrain.

The new model will be significant to the Land Rover brand’s sales, according toIan Fletcher, IHS Markit principal automotive analyst. IHS expects the new version to sell in “far greater numbers” than the previous generation. Modern updates like its 10-inch touch screen and over-the-air software updates will help it grow a broader appeal worldwide, he said.

However, the Defender could cannibalize sales of other SUVs in Land Rover’s lineup. Overall, IHS Markit expects that the Defender’s global sales will peak in 2022 and help the brand’s sales reach 437,900 units annually, up 3% from 2018.

“While it will not be the biggest in terms of sales volumes, like Jeep’s Wrangler it is an iconic vehicle which is a direct link to the very origins of the brand,” Fletcher said. “This is one of the reasons why the brand has found it so difficult to leave some breathing space before revealing its replacement.”