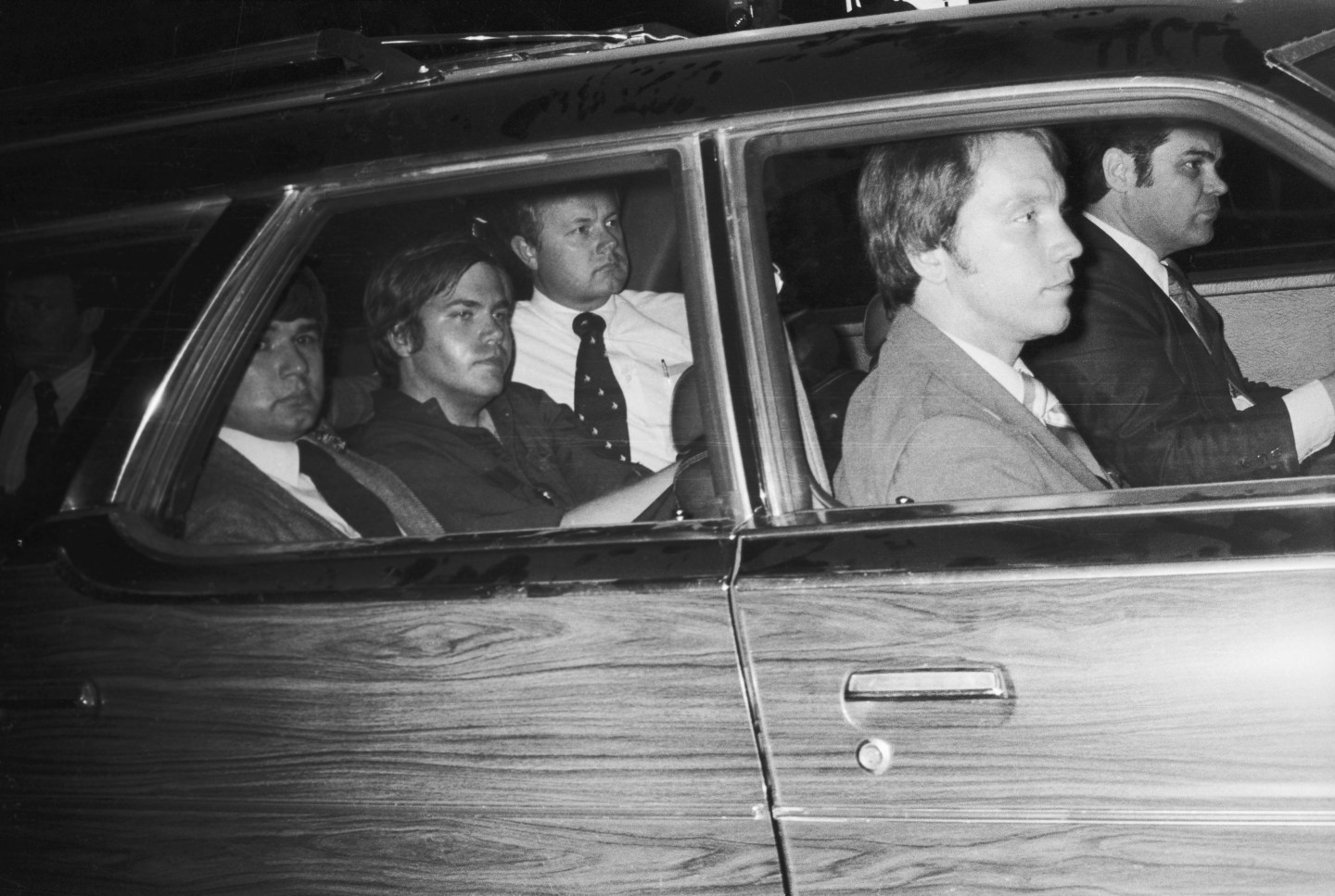 (Original Caption) 4/10/81-Washington, DC: John Hinckley, Jr. (center), the man charged with the attempted murder of President Reagan, now finds himself the center of Federal protection, March 30th, as he is driven away from U.S. District Court. Hinckley was seated in the center seat of a nine-seat section station with agents assigned to protect him, seated in front, alongside, and behind him. Ph: John Full
John Full—Getty Images

The man who tried to assassinate President Ronald Reagan is interested in getting a job in the music industry, possibly in California.

That’s what a lawyer for 64-year-old John Hinckley Jr. told a judge at a court hearing Tuesday in Washington. But a prosecutor said that would give the government “great pause.”

Hinckley spent decades living at a psychiatric hospital in Washington after being found not guilty by reason of insanity in Reagan’s 1981 shooting. U.S. District Judge Paul L. Friedman has gradually allowed him more freedom and in 2016 allowed him to begin living full time at his mother’s Virginia home.

Hinckley currently lives under a set of conditions including regular visits with mental health professionals, but Friedman said Tuesday he believes some of those conditions can be loosened.