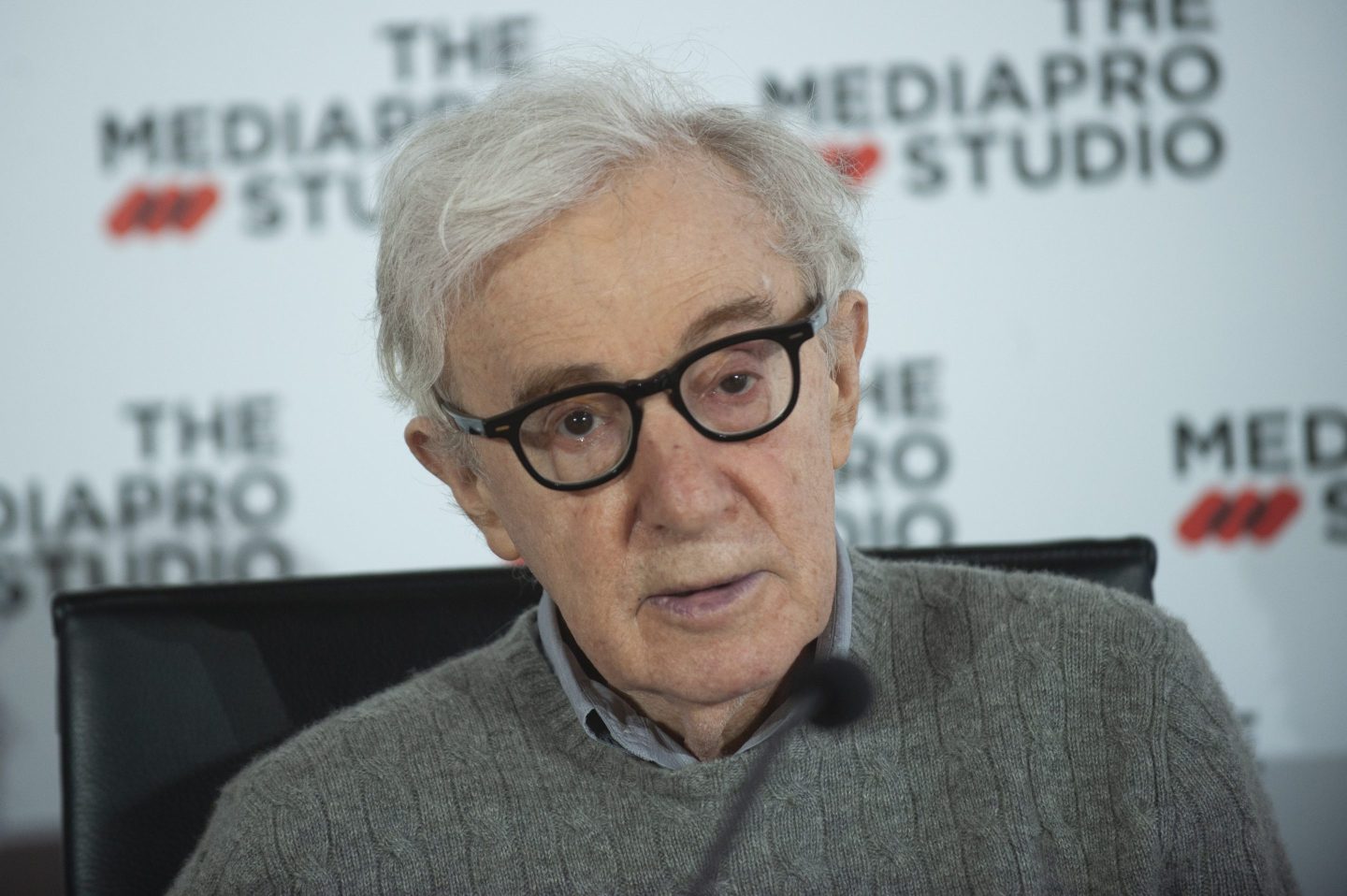 American film director Woody Allen attends a Press Conference at Kursaal auditorium to talk about the new film he is filming in San Sebastian, Spain, on July 09, 2019.
Gari Garaialde—Getty Images

Woody Allen has doubled down on comments from last year claiming he has long been an advocate for the #MeToo movement.

In an interview with France 24 Friday, Allen said he did not regret saying he “should be the poster boy for the #MeToo movement” back in June 2018. “I’ve worked with hundreds of actresses, not one of them has ever complained about me; not a single complaint,” Allen said. “I’ve employed women in the top capacity for years and we’ve always paid them the equal of men.

“I’ve done everything the MeToo movement would love to achieve,” Allen added.

The interview came ahead of the French premiere of his film A Rainy Day in New York, which was initially shelved by distributor Amazon Studios. At the time of production in late 2017 the #MeToo movement first began and reignited interest in allegations that Allen had sexually assaulted his adoptive daughter Dylan Farrow in 1992 when she was seven years old. Allen has repeatedly denied the accusations.

In May of this year it was reported that Amazon had returned U.S. distribution rights of A Rainy Day in New York back to Allen.

Allen’s latest comments match the sentiment of Scarlett Johansson, who defended Allen earlier this week in an interview with the Hollywood Reporter. “I love Woody,” she said. “I believe him, and I would work with him anytime.”

Johansson’s comments sparked widespread backlash, including from Farrow herself, who said late Wednesday that “Scarlett has a long way to go in understanding the issue she claims to champion.”

A Rainy Day in New York stars Hollywood heavyweights such as Timothée Chalamet, Elle Fanning, Selena Gomez, Jude Law, Diego Luna, and Liev Schreiber. Chalamet in January 2018 donated his salary from the film to Time’s Up and other organizations; Gomez reportedly donated money to Time’s Up that “far exceeded her salary for the film.”

The movie has yet to secure a U.S. distributor following Amazon’s return of its rights. Allen told France 24 that he is not concerned.

“It doesn’t matter to me for a second,” he said. “If tomorrow nobody would finance my films and my plays or publish my books, I’d still get up and write because that’s what I do.”

—How did Grace and Frankie become Netflix’s longest-running show?
—Every country’s favorite TV show—mapped
—Can a couple of creepy clown movies scare up big numbers at the box office?
—Here’s when your favorite shows return to TV this fall
—The summer 2019 box office was pretty topsy-turvy
Follow Fortune on Flipboard to stay up-to-date on the latest news and analysis.