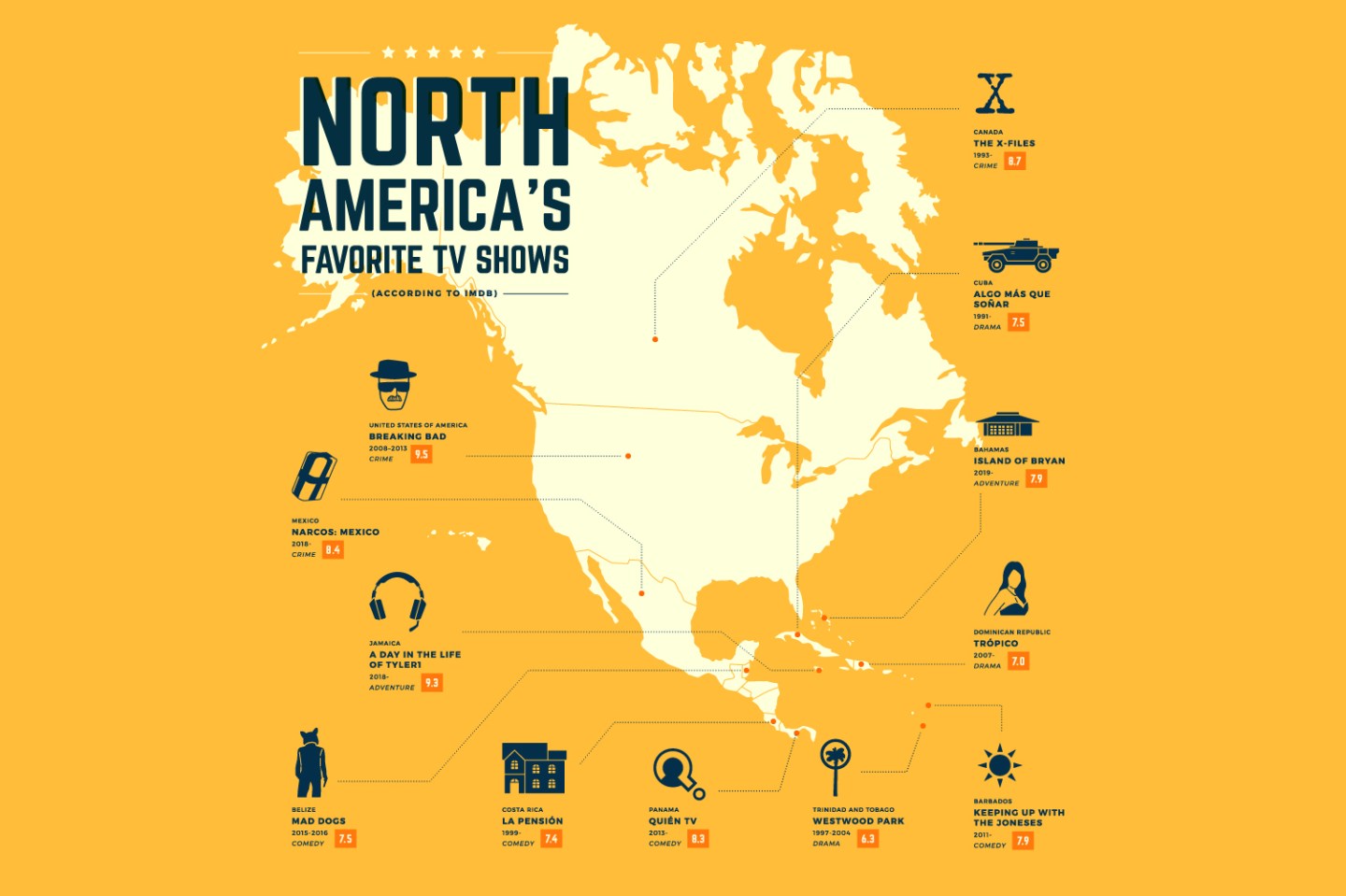 Asked what the most popular TV shows are across the United States or the United Kingdom, readers might be able to advance some very plausible theories. Game of Thrones, Breaking Bad, and The Walking Dead would all dominate discussion on one side of the pond; Sherlock and Doctor Who would predictably loom large on the other.

But what say you about Belize’s best-rated series? Any ideas about what consitutes Mongolia’s most-liked piece of small-screen media? A new map compiled by recommendation site RAVE Reviews provides some particularly intriguing insights into how some programs accrue fanbases far from the countries that produced them—and others never break beyond borders, becoming homegrown hits that most in the U.S. never will have heard of.

Click to view a larger version of the map.
via RAVE Reviews

Sri Lanka’s top-rated series, Koombiyo (Ants), is a crime drama set in the country; notably, its future has been in doubt since the disappearance of the show’s main writer in October. Regionality carried the day across the map, with a clear form of national pride coming through in countries like Madagascar (top-rated show: British documentary Madagascar), Italy (Italian-set crime-drama Gomorrah), and Afghanistan (reality series Afghan Star). Curiously, Farscape, the cult sci-fi series that ran from 1999 to 2003, is the most highly rated Australian show.

For countries in which a highly rated show had too few votes to constitute a reliable sample, the shows were compared against and contextualized by a list of “number of votes.” And for countries not listed as having made any shows, or at least rated ones, the study instead highlighted series that were produced in, filmed in, or had storylines set there.

More than anything, the map offers a diverse range of shows for globally minded consumers to explore, shows set far and wide, many of which speak to the unique cultural conditions of the countries that made them. Inherent in this is a thought-provoking reminder of the groundswell of support series can receive simply by depicting a hitherto-unseen way of life in a certain country. As streaming services like Netflix look to expand their content libraries to attract viewers around the world, the importance of authentic, on-screen representation can rarely be overstated.

—Can a couple of creepy clown movies scare up big numbers at the box office?
—Here’s when your favorite shows return to TV this fall
—The summer 2019 box office was pretty topsy-turvy
—Recap: Succession season two episode four
—Oxygen’s true crime rebrand continues to pay off
Follow Fortune on Flipboard to stay up-to-date on the latest news and analysis.